Why Trump really could end up 'behind bars' if he loses 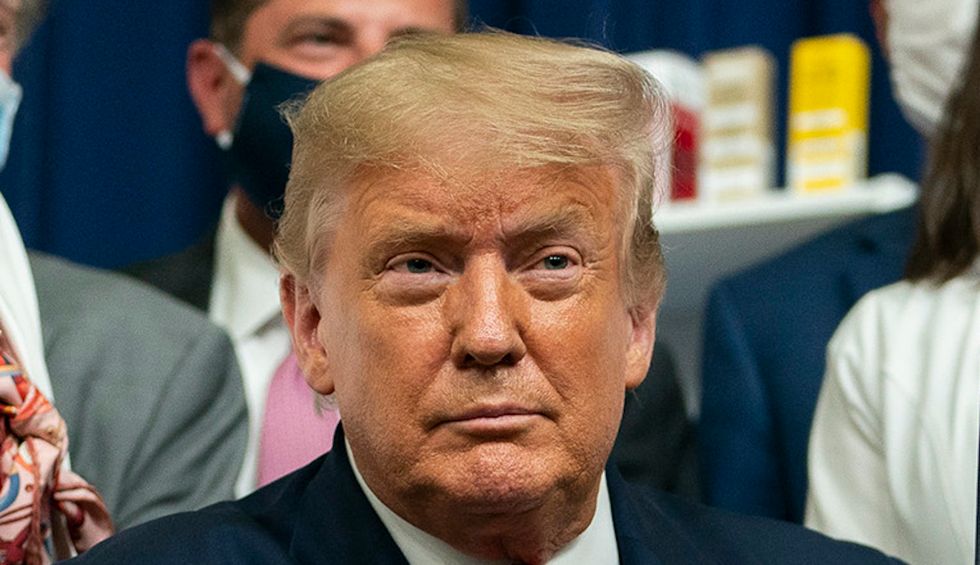 When former Special Counsel Robert Mueller testified before Congress in July 2019, he noted that the U.S. Department of Justice has a longstanding policy against indicting a sitting president on criminal charges — and some legal experts have argued that this year’s presidential election could mean the difference between whether Trump does or doesn’t face any type of prosecution in 2021 or beyond.

Journalist Jeff Wise, in an article for New York Magazine published this week, examines the type of prosecutions that Trump, according to legal experts, could face if he loses this year’s presidential election to former Vice President Joe Biden in November.

It may seem unlikely that Trump will ever wind up in a criminal court. His entire life, after all, is one long testament to the power of getting away with things, a master class in criminality without consequences, even before he added presidentiality and all its privileges to his arsenal of defenses. As he himself once said, “When you’re a star, they let you do it.” But for all his advantages and all his enablers, including loyalists in the Justice Department and the federal judiciary, Trump now faces a level of legal risk unlike anything in his notoriously checkered past — and well beyond anything faced by any previous president leaving office. To assess the odds that he will end up on trial, and how the proceedings would unfold, I spoke with some of the country’s top prosecutors, defense attorneys, and legal scholars. For the past four years, they have been weighing the case against Trump: the evidence already gathered, the witnesses prepared to testify, the political and constitutional issues involved in prosecuting an ex-president. Once he leaves office, they agree, there is good reason to think Trump will face criminal charges.

...Trump could become the first former president in American history to find himself on trial — and perhaps even behind bars.

So where to begin with the potential charges?

Trump has described the Mueller Report as a total vindication, but that isn’t what former FBI Director Mueller actually said. The Mueller Report was divided into two sections: one on Russian interference in the 2016 presidential election, one on obstruction of justice. Mueller concluded that the evidence of Trump's 2016 campaign’s interactions with Russians, although questionable, did not rise to the level of a full-fledged criminal conspiracy. But on obstruction of justice, Mueller laid out significant evidence that Trump could be guilty, leaving it up for others to make the final decision.

Wise writes that if Trump faces some type of criminal prosecution in the future, prosecutors will “have plenty of potential charges to choose from” — and they range from obstruction of justice to lying to investigators. However, Wise also notes that “any crimes he committed as president would face” some “significant and perhaps fatal hurdles”; one is that if Trump loses to Biden in November, he “could decide to preemptively pardon himself.”

Norm Eisen, who served as counsel for House Democrats during Trump’s impeachment, told Wise, “I wouldn’t be surprised if (Trump) issues a broad, sweeping pardon for any U.S. citizen who was a subject, a target, or a person of interest of the Mueller investigation.”

But Timothy W. Hoover, president of the New York State Association of Criminal Defense Lawyers, is skeptical about Trump ever going to trial on any federal charges and told Wise, “If federal charges were ever brought, it is unlikely that a trial would be scheduled or start anytime in the foreseeable future.” And Wise notes that according to some legal experts, Trump is more likely to face legal headaches at the state level because “state laws aren’t subject to presidential pardons, and they cover a host of crimes beyond those committed in the White House.”

It's at the state level, and in New York especially, where Trump's biggest legal dangers lurk.

“Unlike the federal court system, which often allows prisoners to remain free during the appeals process, state courts tend to waste no time in carrying out punishment,” Wise explains. “After someone is sentenced in New York City, their next stop is Rikers Island. Once there, as Trump awaited transfer to a state prison, the man who’d treated the presidency like a piggy bank would receive yet another handout at the public expense: a toothbrush and toothpaste, bedding, a towel, and a green plastic cup.”