Why Fox News could actually save democracy from Trump 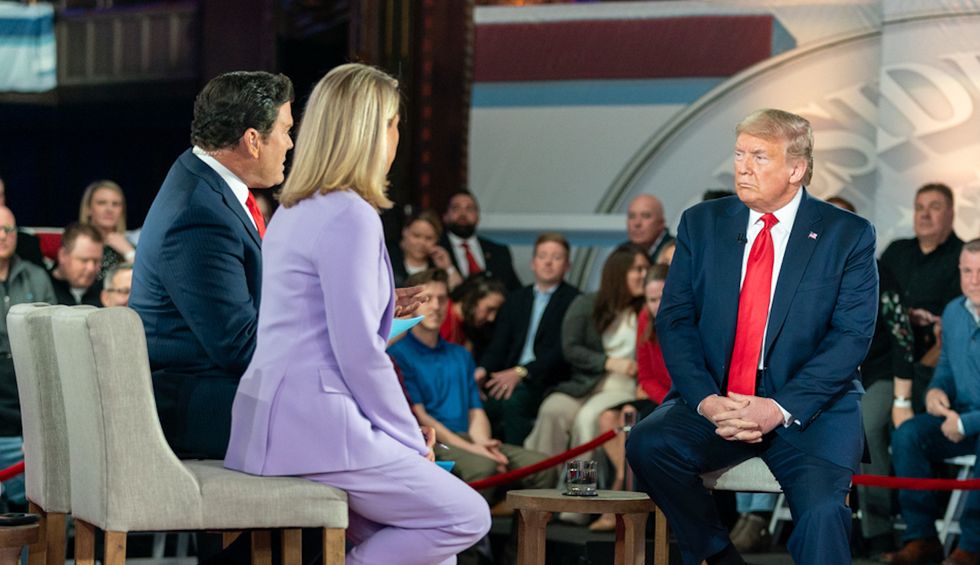 Critics of President Donald Trump have been warning that if the Republicans don’t like the November results in key swing states like Pennsylvania, Florida and Arizona, they could try to steal the election by seeking to invalidate Democratic ballots. Journalist Barton Gellman described disturbing scenarios in a recent piece for The Atlantic in which Trump could use litigation to grab Pennsylvania’s 20 electoral votes even though Biden won the state.

Ben Mathis-Lilley likewise warned in Slate that Trump could get some help from the U.S. Supreme Court if he succeeds in ramming a far-right nominee through the U.S. Senate.

He trails Joe Biden by a wide margin in national polling and by narrower but steady margins in most of the key battleground states. If Trump is going to recreate his 2016 map, it will mean putting together a string of comeback victories that turn on tiny differences in the statewide vote counts. It is those vote counts that his reelection campaign is already litigating in lower courts — and that he, in recent days, has started to make ominous noises about needing a Supreme Court justice to help him mess with. ... Trump, in his own words, needs a fully loaded Supreme Court that will get rid of the ballots he wants to get rid of.

Many of Trump’s critics fear that he will prematurely declare victory in swing states on November 3 before all of the votes are counted, especially if the votes that haven’t been counted are in heavily Democratic areas. But even right-wing Fox News, Mathis-Lilley notes, has a “decision desk” that could make it harder for Trump to do that.

“There are states in which Biden has narrow polling leads that should be able to report results promptly,” Mathis-Lilley observes. “There are places that he has wide leads that might be counting more slowly, but not ‘we won’t know for a month’ slowly; state-by-state results, moreover, are correlated in such a way that a Biden win in Florida almost certainly means one in Pennsylvania. The networks understand this, even Fox, which has a real decision desk — which means its election-night ‘calls’ are produced, like its polls, by experts rather than partisan personalities.”

Mathis-Lilley adds, “Unless Tucker Carlson and Sean Hannity seize the means of producing Fox’s ‘calls’ then — or backstage pressure from the White House convinces network executives to muzzle their actual experts — all the TV people extrapolating the available numbers on Election Night and the following few days will be describing, if current projections hold, a comfortable Biden win.”

Of course, Fox News as an institution is heavily biased in Trump's favor. But it does have people of genuine integrity in some positions, and its decision desk has previously delivered news that its pundits didn't want to hear. And precisely because Fox News is so clearly in Trump's pocket, and so many of Trump's fans watch Fox News, it might play a critical role in thwarting the president's attempts to declare an illegitimate or premature victory if it refuses to declare him the winner.

Fears of Trump and his army of lawyers trying to steal the election by invaliding perfectly legitimate mail-in ballots are also discussed by journalist Richard L. Hasen in a different Slate article published this week.

Hasen, in his piece, explains, “The litigation strategy of the Trump campaign and its allies has become clear: try to block the expansion of mail-in balloting whenever possible and, in a few key states, create enough chaos in the system and legal and political uncertainty in the results that the Supreme Court, Congress or Republican legislatures can throw the election to Trump if the outcome is at all close or in doubt. It’s a Hail Mary, but in a close enough election, we cannot count the possibility out. I’ve never been more worried about American democracy than I am right now.”

Hasen adds that there is a “real fear that” with absentee ballots, “voters will not get their ballots back in time to elected officials to be counted” — especially if mail delivery is slow. And Trump’s allies, Hasen notes, “have opposed expanded use of government drop boxes to return absentee ballots, extension of deadlines for ballot return, and state decisions to proactively send mail-in ballots to all active registered voters.”

“The idea is to throw so much muck into the process and cast so much doubt on who is the actual winner in one of those swing states because of supposed massive voter fraud and uncertainty about the rules for absentee ballots that some other actor besides the voter will decide the winner of the election,” Hasen warns. “That could be the RBG-less Supreme Court resolving a dispute over a group of ballots. Indeed, on Tuesday, Vice President Mike Pence suggested that Justice Ruth Bader Ginsburg’s replacement needs to be seated, possibly without so much as a hearing, in order to decide ‘election issues.’”

Hasen concludes his article by warning that a close election would be much easier for Trump to steal than a Biden landslide.

“If we are lucky enough,” Hasen writes, “the election will not be close…. But if it is close, all bets are off. We should not think of the litigation and the wild claims of voter fraud as separate from one another. Instead, they are part of a play to grab power if the election is close enough. There are good legal arguments against a power grab, but if another body tries to overturn the will of the people in voting for president, there will be protests in the streets, with the potential for violence. This is a five-alarm fire, folks. It’s time to wake up.”