Why Democrats fear a messy vote count in Pennsylvania 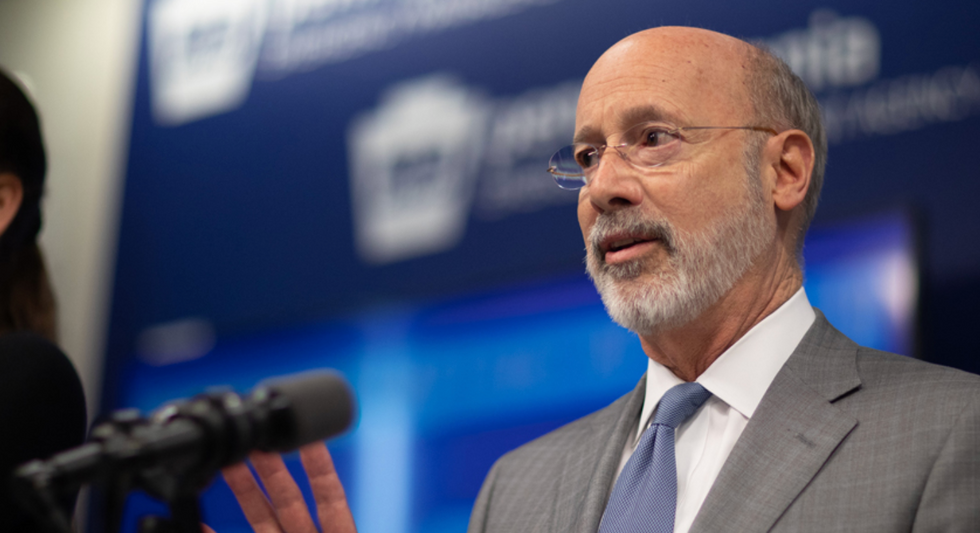 If recent polls are any indication, Pennsylvania — along with Florida — is one of the battleground states that could swing the electoral college on Nov. 3. A Monmouth University poll and a Morning Consult poll, both released earlier this week, found Biden leading Trump in the Keystone State by only 4%, and the closer Pennsylvania is, the longer it could take to determine who won the state’s 20 electoral votes. A messy election and vote count in Pennsylvania, according to Politico’s Holly Otterbein, is one of the things that Democrats in the state are worried about — including Gov. Tom Wolf and Philadelphia Mayor Jim Kenney.

Things went smoothly for Pennsylvania Democrats in the 2018 midterms on Election Night, when it was obvious that Wolf and Democratic Sen. Bob Casey, Jr. had been reelected by double digits. But things didn’t go smoothly during a primary in Philadelphia in June, when as Otterbein notes, it “took more than two weeks to count all of its votes due to a massive surge in mail voting amid the coronavirus pandemic” — and Wolf is concerned that the same thing could happen in November. That's why he recently met with a group of Philly Democrats to discuss the city’s election system.

Otterbein reports: “Wolf’s intervention accentuated the fears that state Democrats have of the nation being forced to wait on Pennsylvania to call the election — and that President Donald Trump might exploit the fact that it could take days or weeks to count mail ballots in states across the country.”

Whether Trump or Biden ultimately wins Pennsylvania’s 20 electoral votes will have a lot to do with who votes in November. Central Pennsylvania is much more Trump-friendly and GOP-friendly than Philadelphia, an overwhelmingly Democratic city that hasn’t had a Republican mayor since the early 1950s. A heavy turnout in Central Pennsylvania and rural parts of the state could be great for Trump, while a heavy turnout in Philly and Pittsburgh could give Biden an advantage.

Because Philly is much more densely populated than rural areas of Pennsylvania, counting the votes in Philly could take longer — and it isn’t hard to imagine Trump declaring victory in Pennsylvania before all the votes in Philadelphia Proper and its suburbs are counted.

Ellen Konar, vice president of voter research at Hawkfish, told Politico: “Pennsylvania is likely to be ground zero for the ‘red mirage.’ Ninety percent of Trump supporters plan to use the polling place; only 10% (vote-by-mail). And for Democrats, it’s 36% in the polling place versus 64% by mail.”

A source described by Otterbein as a “high-ranking state Democrat” told Politico, “Can you imagine if we’re waiting on Pennsylvania, and there’s still 300,000 uncounted votes in Philadelphia? Can you even imagine?”

To make matters more complicated in Pennsylvania, the state’s election rules are still being decided — only two months before the election. Journalist Jonathan Lai, in an article for the Philadelphia Inquirer published earlier this week, noted, “It’s not that the rules aren’t written — there are laws on the books. But there are so many efforts to change the rules, leading to deep uncertainty as election officials are trying to finalize their plans, and voters are trying to figure out how to actually cast their ballots.”

Gerald Feaser, elections director for Dauphin County, told the Inquirer, “I’m kind of hamstrung right now, because I’m trying to prepare training materials for poll workers. I don’t even know what to tell them for sure.”

Otterbein notes that “Philadelphia, the largest Democratic stronghold in what strategists say could be the country’s tipping-point state, is critical to Biden’s campaign. Because of its electoral significance, the GOP has long scare-mongered about elections in the city — often in racist ways.”