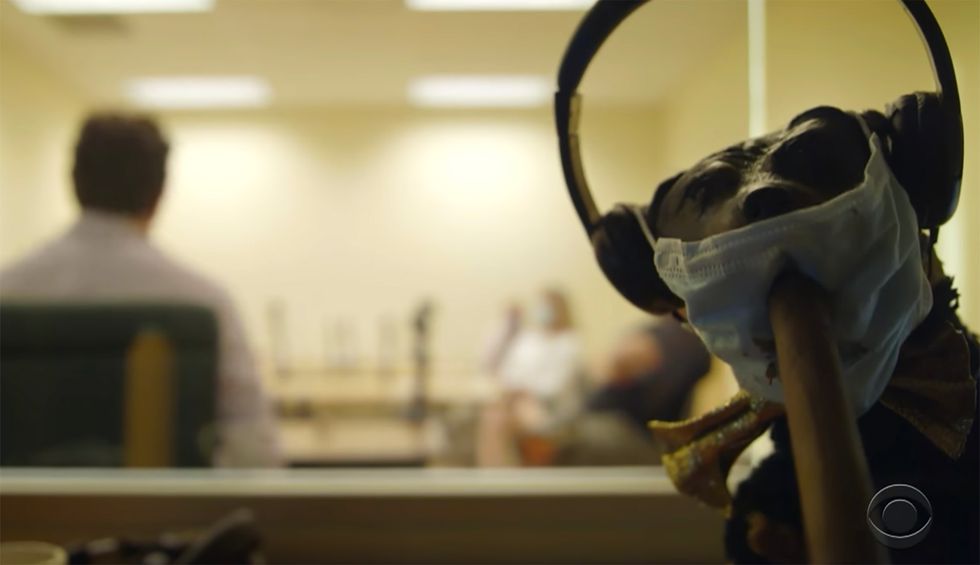 A hilarious focus group of real Trump supporters, featured in a segment on Wednesday’s episode of The Late Show with Stephen Colbert, proved what we suspected all along: Some of Trump’s most vociferous fans will defend literally anything the president says.

At the top of the segment, host Stephen Colbert provided the set up for Robert Smigel’s character, Triumph the Insult Comic Dog, who then conducted a focus group with genuine Trump supporters.

That’s when Triumph took over.

“Despite the travesties of his coronavirus response, the failed economy, and California’s exploding trees, President Trump’s loyal followers have stuck with him through the good times and the end times.”

“One wonders if anything the president says or does could cost him their ‘herd mentality. So we brought these actual Trump supporters to this actual focus group research center, where this actual moderator showed them a series of actual fake Trump campaign ads.”

As The Daily Beast’s Matt Wilstein notes, Triumph “and his team somehow managed to get this group of MAGA fanatics to defend electrified Confederate statues, a new “best of three” election plan, and child labor to replace essential workers since, as Trump puts it in one ad, kids are ‘immune to the Hong Kong fluey virus.‘”

Triumph concluded the segment by noting, “…And in the end, no matter whom you support, we can all agree, America is blessed with an informed electorate, and the future is brighter than ever…for me to poop on.”

You can view the entire segment below: