‘Unthinkable and unacceptable’: Mitt Romney calls out Trump out for refusing to commit to a peaceful transfer of power 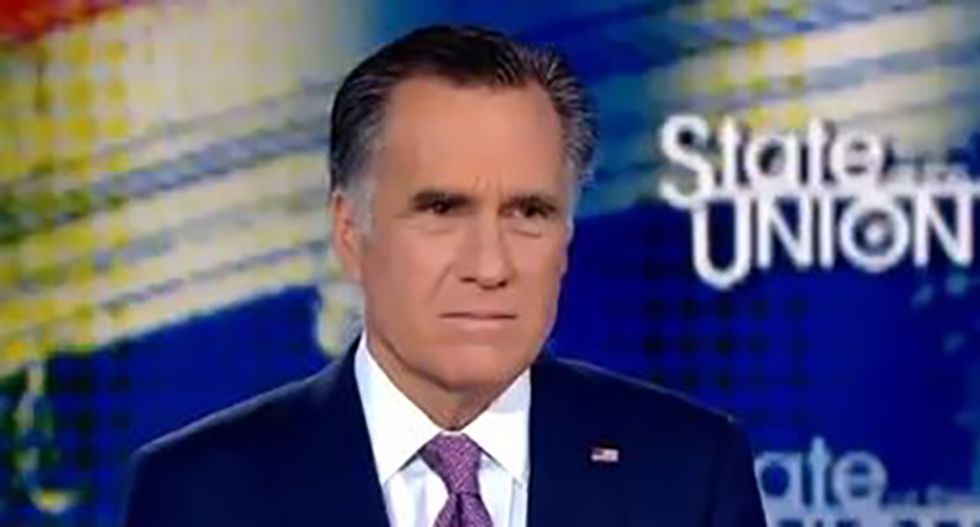 The history of presidential elections in the United States is one in which the losers — however disappointed they were — congratulated the winners and wished them the best. But President Donald Trump has not said that he will accept the election results if former Vice President Joe Biden is victorious in November. And one conservative Republican who is calling Trump out for that is Sen. Mitt Romney of Utah.

At a White House press conference on September 23, a reporter asked Trump if he would accept the election results if Biden wins in November; the president responded that he would have to “see what happens” and once again railed against mail-in ballots — which he claims encourage voter fraud despite zero evidence of that.

In response, Romney tweeted, “Fundamental to democracy is the peaceful transition of power; without that, there is Belarus. Any suggestion that a president might not respect this Constitutional guarantee is both unthinkable and unacceptable.”

Although Romney didn’t mention Trump by name in that tweet, it was obvious that he was calling the president out for refusing to honor the United States’ long transfer-of-power tradition in political races.

Romney knows what it’s like to win elections and what it’s like to lose elections. The Republican, now 73, was elected governor of Massachusetts in 2002 and enjoyed a landslide victory when he won the U.S. Senate race in deep red Utah in 2018. But when President Barack Obama defeated Romney in 2012’s presidential election, Romney gave a concession speech, acknowledged that voters “chose another leader” and told his supporters he would “earnestly pray” for Obama and “for this great nation.”

Unlike many other Republicans in the U.S. Senate, Romney has not been afraid to criticize Trump at times — and Trump’s sycophants are still furious with him for being the lone Republican to vote “guilty” on an article of impeachment during Trump’s Senate trial earlier this year. But Senate Democrats were disappointed when, on September 22, Romney announced that he was in favor of having a vote on a Trump nominee to replace the late Supreme Court Justice Ruth Bader Ginsburg.