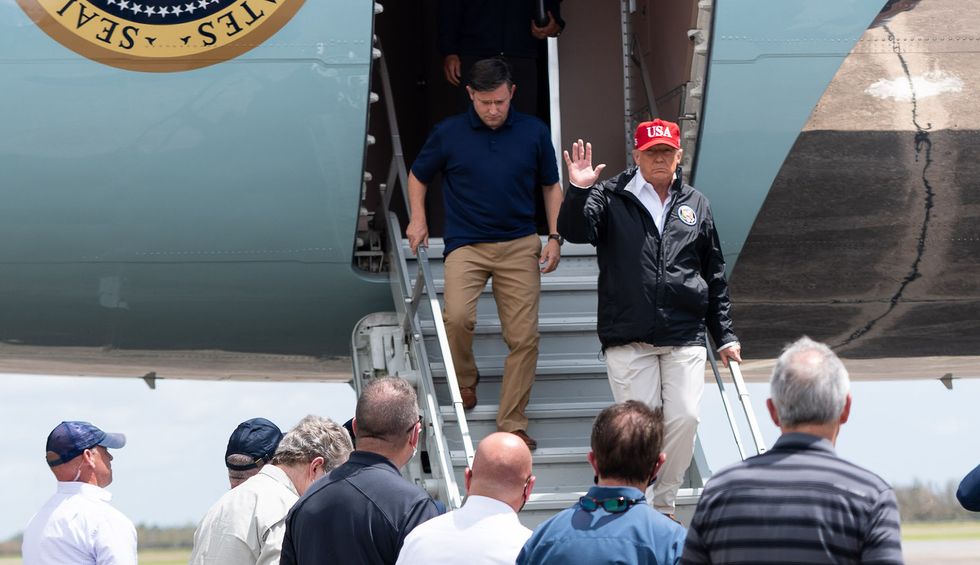 President Donald Trump is hoping that his “law and order” message and statements vilifying anti-racism protesters will help him win this year’s presidential election just as it worked for Richard Nixon in 1968. But according to a newly released ABC News/Ipsos poll, more than half of Americans believe that Trump’s inflammatory anti-protester rhetoric is only making things worse.

55% of Americans believe that Trump’s statements are worsening the situation, it found. And only a meager 13% believe he is making things better.

Republicans, according to the poll, are by no measures universally supportive of the way Trump has been handling the protests. Among Republicans, 30% believe that Trump is improving the situation — while 26% believe he is having a negative impact.

The poll also asked participants what they thought of how former Vice President Joe Biden, this year’s Democratic presidential nominee, is responding to the protests — and almost half of them, 49%, believe he wasn’t having “much of an effect one way or the other.” Just over one in five, 22%, said Biden “makes the situation better,” while 26% said he “makes the situation worse.”

A poll conducted by CNN also finds more disapproval than approval for Trump’s response to the protests. CNN found that 58% of Americans believe that Trump’s response is “more harmful” than helpful, while only 33% believe it is “more helpful.”

Analyzing the CNN and ABC/Ipsos polls, liberal Washington Post columnist Greg Sargent argues that Trump’s response to the protests could be hurting, not helping, his campaign.

“As a new wave of unrest breaks out,” Sargent writes, “some commentators have cracked open their well-worn pundit handbooks and recited a trusty old trope: violence simply must help the ‘law and order’ candidate. It cannot be any other way, because the handbook says so: violence must beget backlash — a craving for the candidate vowing ‘strength.’ But what if a public backlash is brewing against what President Trump is doing?”

Sargent continues, “What if many voters see Trump’s exploitation of the situation as part of the problem, and are recoiling from that? If so, this could challenge the conventional pundit playbook, and prompt a revisiting of how cycles of racial nationalism and attempts at reconciliation play out in our politics.”

The Post columnist goes on to say that an important takeaway from the CNN and ABC/Ipsos polls is that by going out of his way to divide Americans, Trump is making U.S. cities less safe, not more safe.