Trump’s future now at the mercy of Mattis and Kelly if they speak out on ‘loser’ comments: conservative 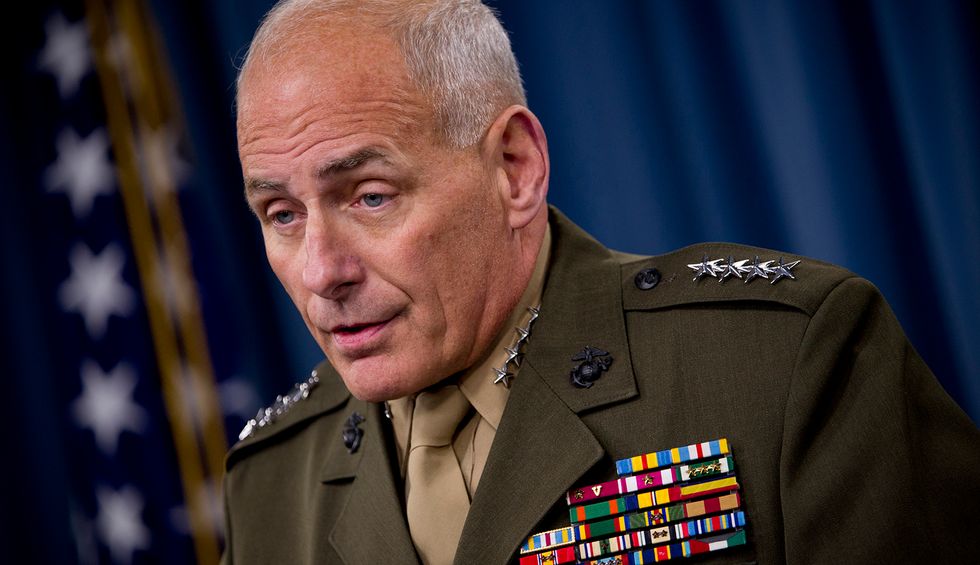 In a column for the Daily Beast, former Republican Matt Lewis said Donald Trump’s re-election campaign might survive the fallout from his comments about captured and killed American military personnel, where he called them “losers” and ‘suckers,” unless Generals James Mattis and John Kelly decide to go public and reveal what they heard.

As Lewis — who left the GOP due to Trump — notes, the president has survived a multitude of scandals starting back to before he was elected but the disparagement of the troops may be a bridge too far for even his most ardent supporters who consider themselves patriotic Americans.

Writing, “In a sane world, this revelation, on its face, would be devastating for Trump’s re-election chances,” Lewis points out, “the sad truth is that no revelation will matter to conservatives who have already rationalized their Trump support for a variety of reasons, including the premise that this is a tribalistic world and Trump might be a sonofabitch, but he’s our sonofabitch.”

However, he notes, his former secretary of defense and White House chief of staff could set the president’s re-election drive back on its heels in such a way that it may never recover.

“For this report to do more than just mess up a single news cycle for Trump, here’s what should happen: General James Mattis (Trump’s former Secretary of Defense) and General John Kelly (Trump’s former Chief of Staff) should both record commercials that warn Americans about the real Trump,” he suggested. “For this to have maximum potential, it has to be done just right. It has to be them looking in the camera or at an interviewer. It has to reveal new information. It has to connect emotionally. The message can’t be ‘Trump is bad,’ it has to include ‘He’s unfit to be president—and here’s why that matters to you.’ And—maybe most importantly—it has to drop just before the election.”

While questioning whether the two retired generals would agree to come forward in such a manner, the conservative columnist stated that, should it happen, the president might never recover.

“If these allegations are true (and based on everything we know, I’m assuming they are), then Mattis and Kelly will have first-hand knowledge of the details. In that case, it would be their patriotic duty to accept this mission. This would take courage, but isn’t that their whole raison d’être?” he wrote. “The least they can do is make sure Americans know the truth before deciding whether to re-elect a man who (allegedly) calls our heroes ‘suckers.'”