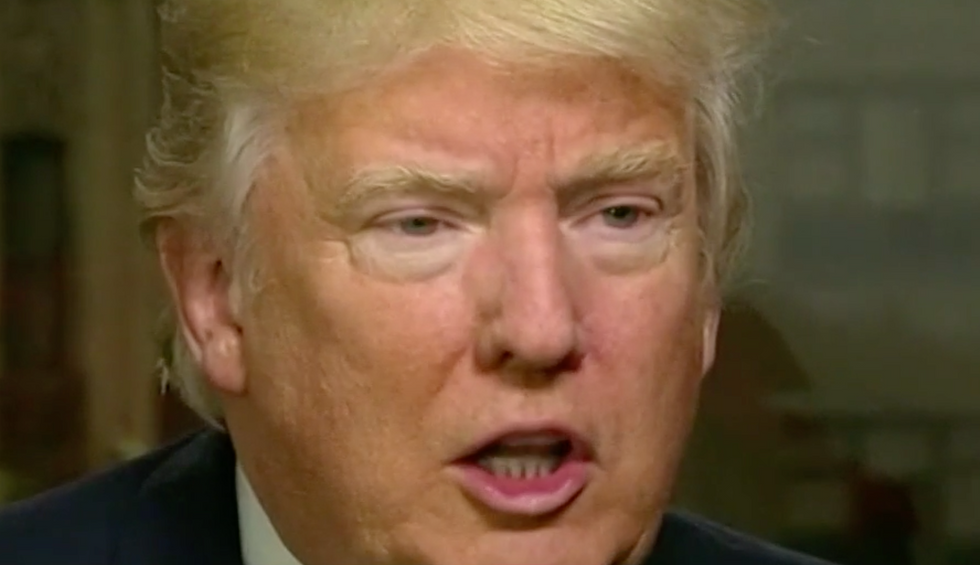 The term ‘sociopath’ is a common usage term for Anti-Social Personality Disorder as described in the reference manual of the American Psychiatric Association. The term has been frequently used as a descriptor of the character of the current incumbent of the White House.

There are a number of core traits in sociopathology.  Sociopaths can be manipulative, narcissistic, deceitful and callous, all the while exuding charm and allure. They can display a pervasive pattern of grandiosity and a need for never-enough admiration and approval. Calculating and lacking empathy, to serve their purposes they can lie, show no remorse and even less compassion. Other noticeable public behaviours? Sociopaths consider themselves blameless and rarely apologize, too often disrespecting others while assaulting their dignity. They can also become vengeful and vindictive if scorned or rejected. Combine those traits with incoherence and incompetence in this American president and that is a recipe for potential disaster in the end times of any relationship such as the coming presidential election.

If current polls are predictive, Trump’s path to the White House remains strewn with obstacles of his own making. After the thousands of documented lies and fabrications, the divisive, racist and often incoherent rhetoric, the attacks on a free press and the gross mis-management of this pandemic, the perception of his ineptitude may lead to his electoral undoing. However, despite the refusal to take on the thugs in Russia, his denial of the greatest existential threat of our times, his betrayal of allies, his disdain of multilateralism and the community of international institutions from the UN to NATO, there is still a wide-spread belief (and fear) that rumours of his pending political demise are widely exaggerated.

Unless Trump is soundly defeated on November 3rd America can likely look forward to a vehemently disputed result. Touting rigged results by the deep state, gross precinct irregularities, dogs and dead people voting, the stuffing of ballot boxes, or the manipulation of mail-in ballots, Trump will not concede defeat or retreat with grace. Worse, for the 77 days from November 3rd to January 20th when his opponent takes the oath of office, Trump remains president.

Let us not underestimate the spiteful chaos his defeat and sociopathology can unleash on an ungrateful America. Knowing the character of the man, his rejection at the polls will unleash a torrent of vindictive actions very much at his command. In addition to a flood of toxic, hateful tweets against all who contrived his demise, the presidential prerogative of felon-freeing pardons will go into overdrive. A proliferation of new executive orders will gut, de-regulate and bewilder. Is there an international agreement he can scuttle, a trade agreement he can cancel or undermine, tariffs he can impose, a sanction he can withdraw, an ally he can pinion, an American he can defile ?

The reckless provocations and potential violence encouraged by Trump’s “retaliatory” actions during the remaining 77 days of his failed presidency could well lead to urgent cries for his more immediate removal from office.

There are three ways in which this could come to pass. Pretending that any of them offer even a faint glimmer of hope is being wildly optimistic. First, he could “fire himself” and resign amidst the bedlam and ensuing public outcry. Or, sensing the republic they have been sworn to protect is in grave danger from a domestic threat, the military leadership can pre-emptively ‘escort’ him from office. The country’s founding document provides the third means for his removal from office. The 25th Amendment of the US Constitution provides for presidential succession. This Amendment also defines the process by which the President is removed from office if found unfit to serve.

However, that particular clause has never been exercised. It requires a letter written by the Vice-President and signed by a majority of the President’s cabinet be submitted to the Senate and the House of Representatives declaring their belief that the President is unfit to serve and remain in office. Should this letter prevail over the incumbent’s objections, Congress must then approve the requested removal by a two-thirds majority in both Houses. While the Democrats are likely to retain control of the House of Representatives and perhaps win back the Senate, it is unlikely they can muster the required two-thirds majority in both Houses. Having already lost their moral compass, it is highly doubtful that the requisite number of Republicans in Congress would support such a process.

On the cusp of a pandemic with all of its pending social and economic dislocations, November 3rd will begin a 77-day “inter-regnum” the likes of which American history has never experienced. We can only hope that some degree of normalcy will greet the end not of the American dream, but of its long national nightmare.

Peter Andre Globensky is a former senior policy advisor in the Office of the Prime Minister and Chief of Staff to the Minister of External Relations and International Development (Canada).