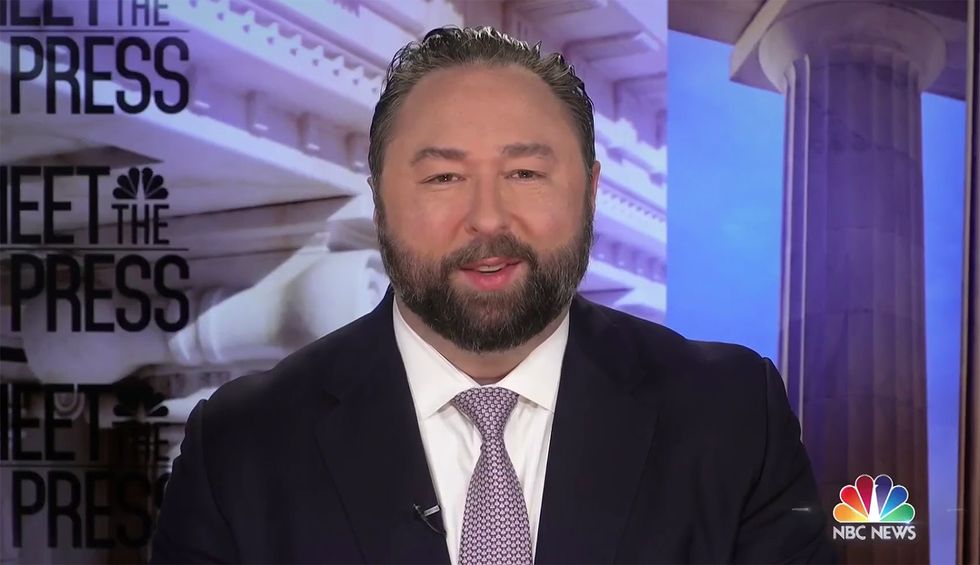 Far-right Republican activist Jason Miller, who became an informal adviser to President Donald Trump in 2017 and is now a senior adviser for his reelection campaign, has been involved in a bitter child support battle. And HuffPost is reporting that if Miller is shown to have more income than he has indicated, it could increase the amount of child support he is required to pay.

Miller, according to HuffPost’s senior White House correspondent S.V. Date, “has not once appeared in the 2020 campaign’s filings on its expenses with the Federal Election Commission.” Date notes, “Also absent from the filings is Miller’s firm, SHW Partners LLC, for which he describes himself as a ‘principal.’”

The former lover who has been suing Miller over child support payments is Miami resident A.J. Delgado. Miller lives in Virginia with his wife and daughters, while Delgado lives with Miller’s son. Delgado has alleged that Trump’s campaign is trying to help Miller “skirt obligations as much as possible, as his income is directly relevant not only to child support and child support arrears he owes our son, but even relevant to attorneys’ fees.”

Date explains that according to court filings in Florida, Miller “reported an income of $683,660 in 2019 ― but continued to argue that he could not afford to pay $3167 per month in child support for the son he fathered during the 2016 Trump campaign with a female colleague. For a period of six months early this year, he paid only $500 a month in child support ― despite reporting monthly personal expenses that included $1500 for food and ‘home supplies,’ $750 for meals out, $473 for maid service and $1517 in car payments.”

Date adds that in an August court filing in his child support case, Miller reported a “monthly income of $32,606 from his company but nothing from the Trump campaign” — noting that Miller has “resumed paying the $3,167 monthly in child support.”

HuffPost, according to Date, has made “numerous” queries about Miller, but neither Miller nor Trump’s campaign has responded to any of them.

“If Miller is being paid by someone else while he works on the campaign, that would constitute an illegal in-kind contribution,” Date observes.