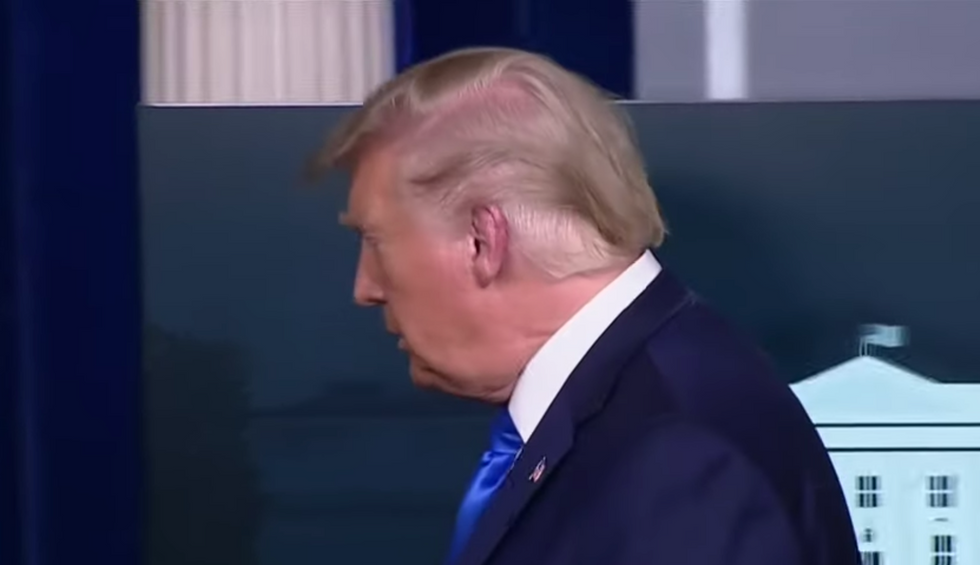 President Donald Trump was late for his 6:00 PM press conference and literally left in the middle for an “emergency” phone call.

“I have to leave for an emergency phone call,” Trump told reporters in the White House press briefing room. As he tried to leave one reporter peppered him with spot-on questions about this afternoon’s decision by a grand jury to not charge any of the three Louisville police officers for the killing of Breonna Taylor.

Asked what the call was about, Trump replied, “I have a big call.”

Wow. Trump says he has to take "an emergency phone call" and walks away while ignoring a reporter's shouted questio… https://t.co/m55RfY1iaP
— Aaron Rupar (@Aaron Rupar)1600900544.0