Trump made a promise he never intended to keep: 'There was no plan' 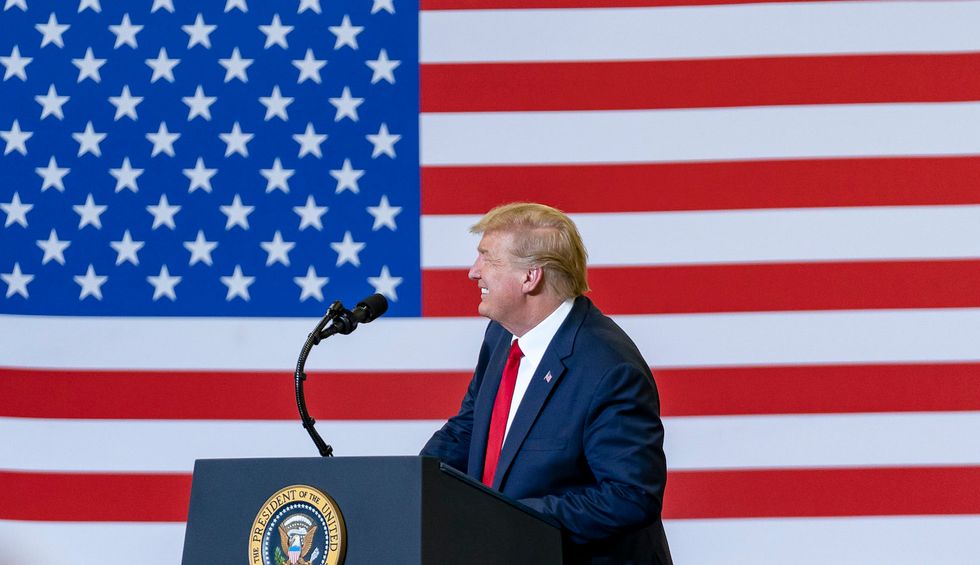 Bob Kemper recalls the hope Donald Trump intentionally stirred in 2016 by pledging to revive manufacturing and keep factories busy producing steel, aluminum and other materials for a major infrastructure overhaul.

Kemper knows that seductive rhetoric won over many Americans, including some of his co-workers at U.S. Steel’s Great Lakes Works in Michigan.

Over the past four years, however, Trump repeatedly showed Kemper’s colleagues and millions of other workers that his vow to save manufacturing was just a con to win the election, not a promise he ever intended to keep.

Trump failed to deliver the manufacturing renaissance that propelled him to the White House and then stood idly by while wave after wave of factory closures devastated the very families who pinned their hopes on him.

Instead of bringing industry back, as he boasted during a visit to Detroit in 2016, Trump turned a blind eye when U.S. Steel announced in 2019 that it would lay off as many as 1,500 workers at its Great Lakes Works site in Ecorse and River Rouge and idle much of the complex because of low demand for steel.

“It was a feint and a lie,” Kemper, grievance chairman for United Steelworkers (USW) Local 1299, which represents Great Lakes workers, said of Trump’s pledge. “He told Americans what they wanted to hear. It’s all broken promises.”

On Trump’s watch, hundreds of factories like Great Lakes went dark—and America’s manufacturing sector fell into recession—even before the COVID-19 pandemic struck. His botched response to the health crisis further wrecked the economy and forced still more producers of steel, aluminum, paper and other products to cut back or close.

Since Trump took office, hundreds of thousands of manufacturing workers lost family-sustaining jobs, including more than 16,000 in Pennsylvania, Ohio, Michigan and Wisconsin in 2019 alone.

“Heaven forbid we ever get into a real conflict, and we don’t have the capability to produce our own steel for our military,” Kemper noted.

Infrastructure investment also would have generated surging demand for steel, aluminum, cement and other products, created millions of jobs, and rebuilt a manufacturing sector vital to national security. It would have injected new life into many factories.

Yet even though his Republican cronies controlled both houses of Congress for the first two years of his term, Trump failed to deliver any infrastructure campaign.

“That could have easily been pushed through, but there wasn’t any real motivation to do that,” Kemper said of Trump.

Now, he observed, “all kinds of steel mills are shutting down and going away. This administration has walked us back I don’t know how many years.”

Trump abandoned the very workers he looked in the eyes and swore to help.

During one visit to Ohio in 2017, for example, he told residents living near General Motors’ Lordstown assembly plant not to sell their houses and move away because he intended to rejuvenate manufacturing. But Trump failed to create the jobs he promised and even lost those at Lordstown. General Motors closed the facility in 2019, throwing hundreds out of work.

And in Michigan four years ago, Trump bragged that his election would be a “victory for the wage-earner” that returned millions of unemployed workers to mills and plants. Yet Trump failed to lift a finger when, before the pandemic, Gerdau Special Steel North America announced plans to lay off about 140 workers at its Jackson, Michigan, site.

Although Trump crowed about reviving manufacturing, “there was no plan behind it. There was no substance,” noted USW Local 8339 President Shawn Crowley, who represents the Jackson workers.

That didn’t surprise Crowley at all. He never believed that a callous businessman who serially cheated the contractors and workers he hired for his hotels and casinos would do anything but stiff America’s working families as well.

“I thought it was a joke, and I still think it’s a joke,” Crowley said of Trump’s bluster. “I knew the dude’s record. He screwed over tons of his own workers. That’s his whole MO. Why would I ever think he’d do something better?”

Unlike Trump, Democratic presidential candidate Joe Biden has both the will to rebuild the manufacturing base and a concrete, detailed blueprint for accomplishing this crucial mission.

His Build Back Better plan prioritizes a major infrastructure campaign—carried out with U.S.-made materials like the steel that Kemper’s colleagues made at Great Lakes—as well as a long-term federal investment in manufacturing facilities and the workers and technology essential to operating them.

Biden’s plan also includes a federal commitment to stockpiling critical goods and strengthening supply chains. That will ensure that America never again runs short of medical equipment during a pandemic and produces all of the supplies essential for military preparedness. And it will enhance the nation’s capacity to build items critical to everyday life, like washers and refrigerators as well as the auto components that USW members made at Gerdau’s Jackson plant.

In addition, the plan calls for stronger labor protections, such as those provided in the Protecting the Right to Organize (PRO) Act, so that Americans can more easily form unions, fight for decent pay and rebuild manufacturing communities. Workers must have a voice in the workplace, Kemper said, because CEOs care “only about their own pockets and the pockets of their shareholders.”

Many of Kemper’s colleagues struggle to find new jobs providing pay and benefits comparable to what they earned at Great Lakes—a challenge compounded by the COVID-19 downturn.

Dead-end, minimum-wage jobs are all some can find in Trump’s mangled economy.

And Kemper realizes that many more workers will suffer a similar fate unless America takes swift, decisive action to save its manufacturing base.

“There’s no time to waste,” he said. “It should have been started four years ago. It needs to happen right now.”