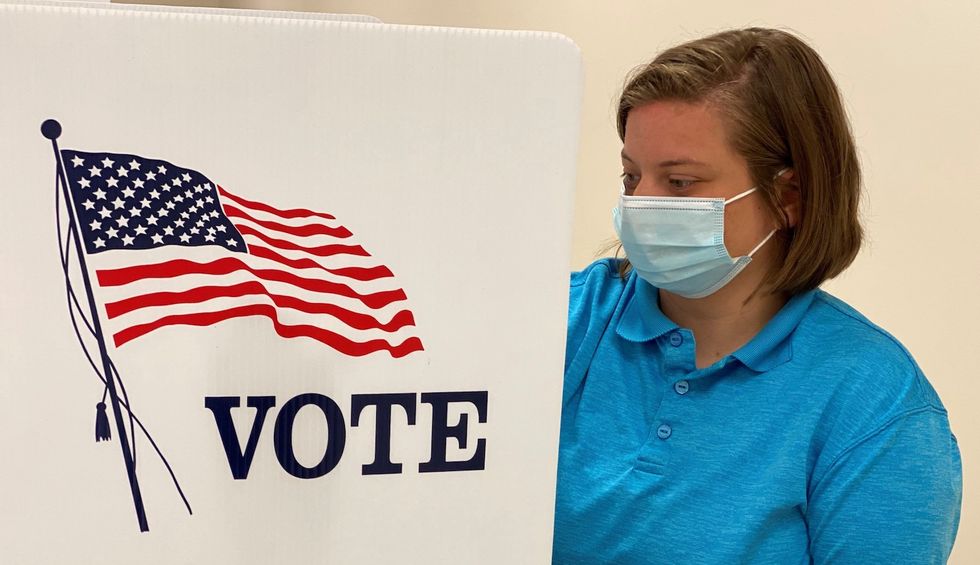 Major investigations by news outlets in North Carolina published Friday exposed what appears to be a coordinated—and well-funded—effort by right-wing, Trump-supporting operatives who tried to use donations and fake volunteers to infilrate, possibly with the intent to entrap, pro-democracy advocacy groups in the state focused on promoting turnout and election integrity.

Both the News & Observer and NC Policy Watch published stories about a mysterious individual who went by the name James Fortune and tried over recent months to ingratiate himself with members of several non-profits that work in the advocacy or education space around voting and other civic engagement issues.

As the News & Observer reported, "In all, officials with the four nonprofits now say they fear this was an infiltration by someone looking to collect or manufacture information to damage their reputations—in an attempt to influence the upcoming election in a presidential battleground state that could also determine control of the U.S. Senate."

After the four groups—newer organizations Advance Carolina and Fortaleza as well as the more established Democracy North Carolina and Common Cause North Carolina—began to get suspicious of Fortune, and others he tried to introduce into their circles, law enforcement authorities were contacted and it is believed that a state investigation is now underway. According to NC Policy Watch's reporting:

Bob Phillips, executive director of Common Cause, told Policy Watch that his group contacted Wake District Attorney Lorrin Freeman and that her office has started an inquiry.

Fortune has since disappeared. But he left behind a crucial thread that could unravel what appears to be a sprawling scheme by far-right groups with ties to the Trump administration to entrap several North Carolina nonpartisan voter education nonprofits into violating election laws.

These connections begin with a $3,000 wire transfer to the employee's North Carolina nonprofit from Fortune's "business partner," Blue Sky Med Labs, based in Georgia. Policy Watch received a copy of the transfer receipt and verified the name.

Marcus Bass, executive director of Advance Carolina, whose mission is to support Black communities, said he was angered and hurt "and more so shocked at the lengths that folks are willing to go to disenfranchise people."

"This is a constitutional right we're trying to fight for when we talk about voting," said Bass, whose group is affiliated with the North Carolina Black Alliance.

Advance Carolina and Fortaleza, two relatively new advocacy organizations, first connected with Fortune in July. But he also ingratiated himself with two heavyweights in the state's voter rights circles—Democracy North Carolina and Common Cause North Carolina. Both have fought to end gerrymandering in the state and have filed high-profile complaints against candidates and big donors. Fifteen years ago, Democracy North Carolina helped expose a blank-check campaign contribution system that aided then-House Speaker Jim Black.

In a statement Friday afternoon, Karen Hobert Flynn, executive director of the national Common Cause, a nonpartisan group which promotes voter protections and democracy initiatives, said the efforts in North Carolina should be deeply concerning to anyone who cares about the integrity of elections.

"Our only agenda is to strengthen the people's voice in our democracy," Hobert Flynn said. "Common Cause may be the target, but the attack is on our democracy and on the right of every eligible voter to have a say in the future for our families, communities, and country."

These tactics uncovered in North Carolina, she said, have national implications.

"Given the number of voter suppression tactics that are currently masquerading as legitimate laws and the number of court cases challenging people's right to vote by limiting hours or purging roles, it is clear as a matter of policy the opponents of democracy believe in vote suppression," she said.

We will not be intimidated or tricked by partisan special interests. As we have done for 50 years, we will always p… https://t.co/seVN1Uucid
— Common Cause (@Common Cause)1600458833.0

"Voting is a sacred right, cherished by people from every background and life experience in the USA," Hobert Flynn said. "Common Cause will never be intimidated or stop our work to make elections about voters and improving the voting experience, as opposed to making elections about politicians. Elections are for the people to decide."