Trump is trying to flip Minnesota in 2020 — but voters in the state balk at his 'unconscionable’ praise of Confederate leader Robert E. Lee 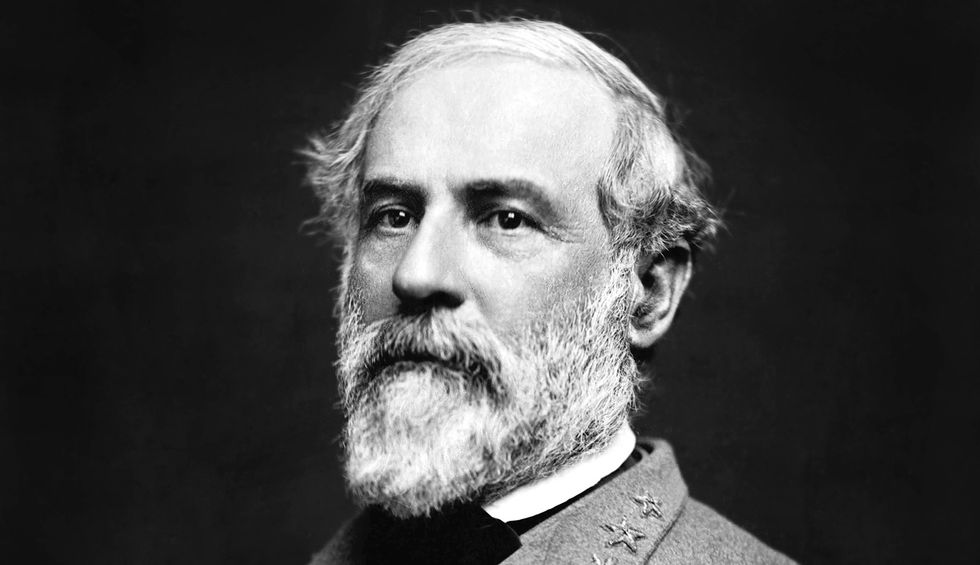 It’s a uniquely Trumpian problem: the president of the United States, locked in a bitter campaign with Democratic rival former Vice President Joe Biden, is trying to flip Minnesota, a state he narrowly lost in 2016. But Donald Trump, at a campaign rally in the North Star State on Friday, appeared to forget his Civil War history lessons (or never absorbed them in the first place) when he heaped praise on Confederate General Robert E. Lee — despite the state playing a decisive role for the Union at Gettysburg.

As the Star Tribune reports, Trump on Friday extolled the virtues of Robert E. Lee’s leadership:

"It was supposed to end immediately because the North was too powerful for the South. But it just shows when you have leaders, when you have a great general. And Robert E. Lee, he would have won, except for Gettysburg."

State Sen. Jerry Newton, whose great-grandfather fought for the Union in the Civil War, called the president’s comments “unconscionable.”

"Had he won, we would be two countries,” Newton, a veteran, told the Star Tribune.

"Lee was indeed a great general, a great tactician, but he was leading a revolt against the United States of America," Newton explained. “You can respect his military ability, but you can't respect the position he took to fight against the country he belonged to.”

According the Star Tribune, Minnesotans helped turn the tide at Gettysburg when “On July 2, 1863, the outnumbered unit of about 262 Minnesotans charged at some 1,200 Confederate troops.”

Director of the Minnesota Military Museum at Camp Ripley Randal Dietrich said that move was “essentially suicidal to do that, and still Minnesota troops did that.”

"I would argue Minnesotans saved the day of July 2. They arguably saved the battle of Gettysburg," Dietrich told the Tribune. ”Their gallantry on that day is extraordinary and something that I think Minnesotans should be at least aware of and hopefully proud of.”

In a statement, Chairman of the Minnesota DFL Ken Martin slammed Trump for trying to divide Minnesotans.

“The blood, sweat, and sacrifice of Minnesota's brave soldiers helped turn the tide at Gettysburg,” he said. “We will not allow Donald Trump to divide us and insult our state's proud legacy."