Trump already 'laid out the roadmap' to cheat in the upcoming election: analyst 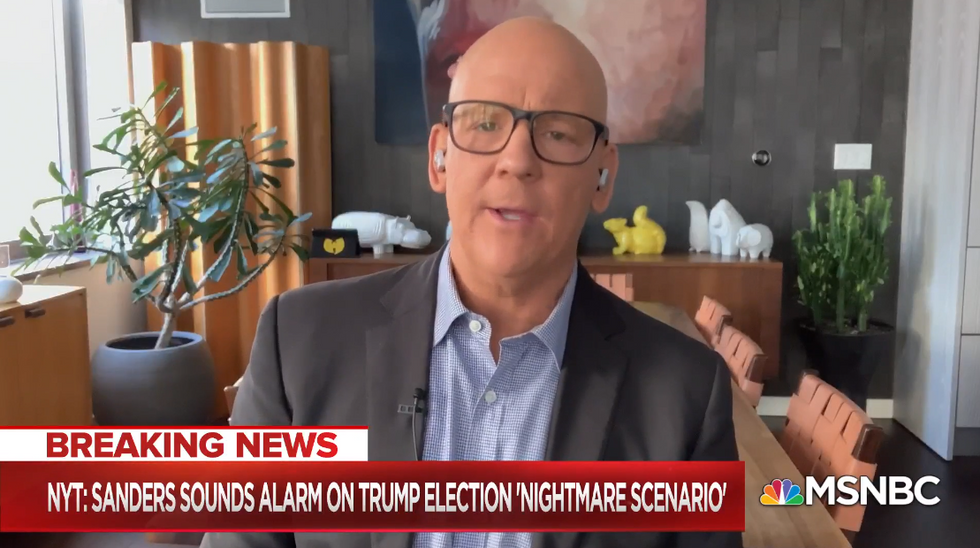 John Heilemann, the national affairs analyst for NBC News and MSNBC, explained how President Donald Trump has already laid out his "roadmap" to cheat in plain sight for the upcoming presidential election.

Heilemann appeared on MSNBC's "Deadline White House" where he was asked to weigh in on the election. According to the veteran analyst, Trump's strategy will likely be to continue questioning the integrity of voting processes with an intent on disregarding votes not counted on Election Day.

"He's laid out the roadmap, the tactics, and the strategy. He's told us that voting by mail, that the early vote, that absentee ballots... except for the ones he casts in Florida are all illegitimate and part of a rigged system. He's going to say, certainly, on election night that the only vote that counts is the Election Day vote."

Noting the previous poll results projecting that Democrats will "overwhelmingly" vote by mail and on Election Day, Heilemann went on to explain how that sets the stage for Trump's Election Day defense.

Although multiple states will likely continue to count mail-in ballots days after November 3, Heilemann foresees Trump disregarding those votes in an effort to focus solely on the votes counted on Election Day.

Heilemann's latest remarks about Trump's cheating strategy follow many tweets and remarks the president has made as he continues his push to discredit voting practices. In fact, Trump has also set the tone for a defense in the event he loses by a substantial margin. On multiple occasions, Trump has insisted the only way he could lose is if the election is rigged.

Trump's approach sets the stage for an intense Election Day and possibly chaotic days that may follow.