GOP senator received more than $20,000 in campaign contributions from Big Pharma after co-sponsoring a bill on drug prices: report 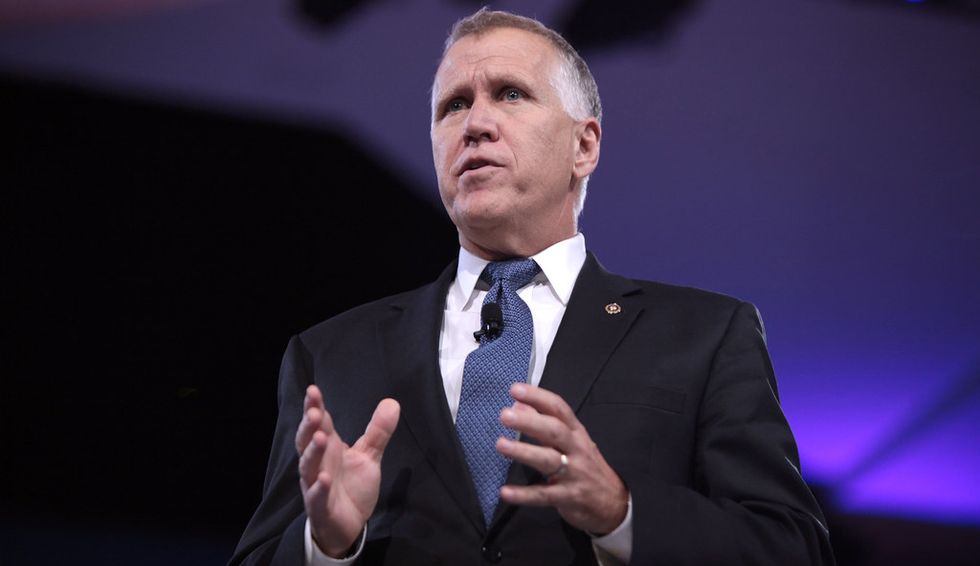 In late 2019, Sen. Thom Tillis of North Carolina co-sponsored a bill on prescription drug prices — and WBTV, the CBS affiliate in Charlotte, North Carolina, is reporting that Tillis received more than $20,000 in campaign contributions from pharma-associated political action committees “within two weeks.”

The bill that Tillis co-sponsored was the Lower Costs, More Cures Act, which was introduced on December 19, 2019 and was similar to a competing bill sponsored by another Republican, Sen. Chuck Grassley of Iowa. But a key difference between the bills, WBTV reporter Nick Ochsner notes, is that the one Tillis co-sponsored “omitted a key provision opposed by the pharmaceutical industry that would cap drug prices at inflation.”

Sheila Krumholz, executive director of the nonpartisan Center for Responsive Politics, discussed the contributions with WBTV — saying, “It doesn’t necessarily mean there’s a quid pro quo. It may indicate a cordial relationship they’ve developed over a period of time, but it is worth noting. And it doesn’t happen every day.”

Krumholz also told WBTV, “I think that indicates the fact that he is viewed as a very close ally of the industry — that they view him as a very dependable vote in favor of their interest and somebody who, clearly, is willing to champion their legislation, their legislative agenda. And I think that is borne out by the pattern of contributions that you examined last December.”

Tillis is among the incumbent Republican U.S. senators who is considered vulnerable in the 2020 election. Recent polls have shown a close race between Tillis and his Democratic opponent, Cal Cunningham, with Cunningham having single-digit leads. According to polls released in September, Cunningham is ahead by 4% (USA Today/Suffolk), 1% (CNN/SSRS and Trafalgar), 2% (Monmouth) or 3% (Rasmussen). However, polls by WRAL-TV in Raleigh and CNBC/Change Research found Cunningham ahead by 7%. And a Fox News poll released in early September found Tillis trailing Cunningham by 6%.