'This is exactly how it happens': Foreign reporters warn US is sliding into 'totalitarianism' — and could be 'sleepwalking towards a kind of cold civil war' 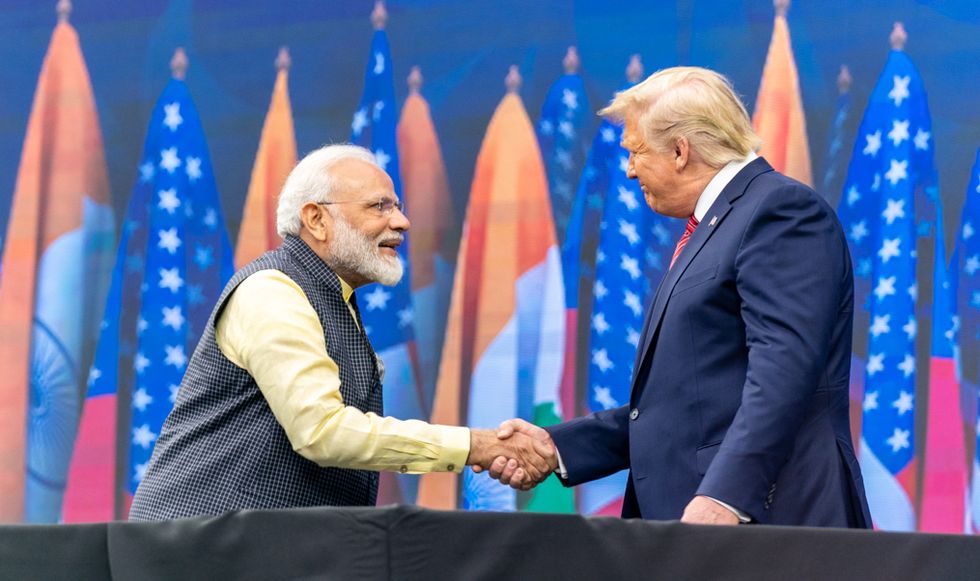 As much negative coverage as Donald Trump’s presidency has received from liberal and progressive outlets in the United States — as well as from anti-Trump conservative websites like The Bulwark — Trump is even more scorned by media figures in many other countries. CNN’s Brian Stetler, during a September 20 broadcast, asked some reporters based in other countries to weigh in on how political events in the U.S. are perceived in those places — and they stressed that many people outside the U.S. believe the country is moving in a dangerously authoritarian direction.

Stetler’s panel included journalists based in London (Luke Harding) and Mumbai, India (Rana Ayyub) as well as Nairobi, Kenya (John-Allan Namu). When Stetler asked Namu what the U.S. “looks like” from Nairobi, he responded, “I was just reflecting on what’s been going on in America, and it’s very Orwellian, in a sense. In terms of how totalitarianism starts to establish itself, this is exactly how it happens. So, you establish your own set of facts. You demonize people who have an opposing view and start to divide people into different sections or sub-communities…. It looks fairly clear what’s happening in the States.”

Namu added, “Americans are too close to this story to understand what it is going on, and they should wake up before November.”

Stetler asked Ayyub, an opinion writer for the Washington Post, what residents of Mumbai are saying about events in the U.S. — especially in light of events with Indian Prime Minister Narendra Modi, known for his Hindu nationalism. Ayyub told Stetler that Trump and Modi “have displayed this bromance over the years.” Trump, she added, was “invoking the Muslim ban, invoking Hindu nationalism” during his visit to India in February.

“I, like many Indians, am viewing what’s happening in America with a great deal of apprehension and fear and anxiety,” Ayyub told Stetler. “This is what authoritarian regimes all over the world are repeating…. I hope Americans wake up and realize that this really can’t continue.”

Harding, who has written a great deal about authoritarianism in Russia under President Vladimir Putin, told Stetler that he sees “depressing parallels” between Putin and Trump.

“I spent four years in Moscow, where attacks on journalists were happening all the time — where authoritarianism was rampant…. where institutions had been hollowed out and made servile,” Harding explained. “You see sort of similar trends in the Trump presidency. And I have to say, speaking from London to you, it looks like a bit of a rolling horror show. One of the questions that sort of keeps churning in my head is if Joe Biden wins and is able to become president, whether he can reverse everything — whether he can have a kind of a restoration (with) his presidency. And I’m not convinced he can. The forces which Donald Trump represents…. are too powerful. It looks, from the outside, as if America is sleepwalking towards a kind of cold civil war.”

Harding added, “I think American democracy is in the most precarious place it has been in the 21st Century. I think there is no guarantee, necessarily, that it will continue if Trump wins again in November.”