The rich won't let us quarantine 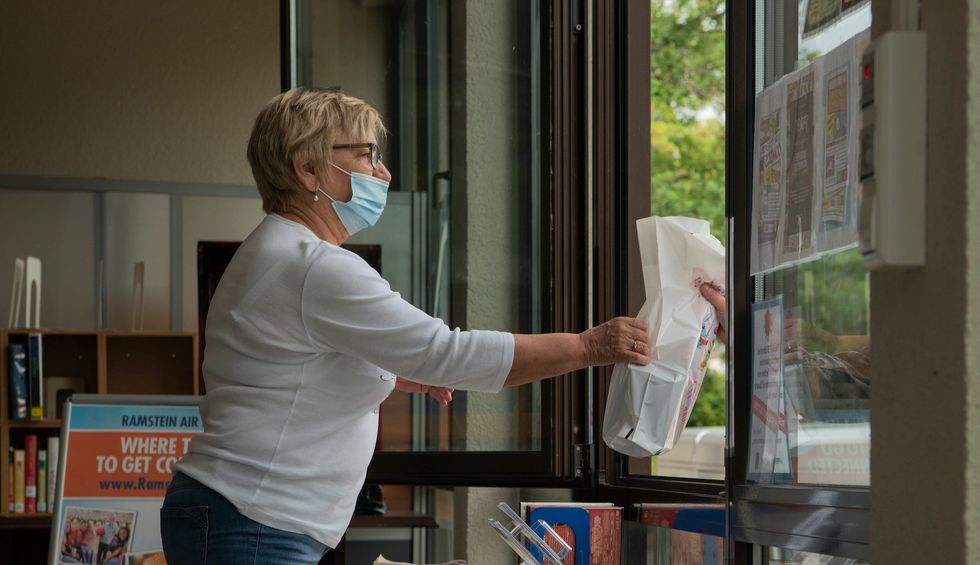 Every campaign pitch is at its root a narrative, a story line about the ebb and flow of our history that acts as the orientation for the vote that is upon us. The candidate whose story line captures the most people is the one that prevails in November.

For Trump's base, the Make America Great Again cult, our nation achieved its zenith in the post–World War II era, when a white family could be supported by a single breadwinner. For them, Donald Trump was just on the verge of a restoration of those halcyon days when the Chinese unleashed the coronavirus and wrecked what he called the "greatest economy in history."

And now, as the pandemic body count passes 200,000, many MAGA voters believe the virus is "a hoax" and public health measures that aim to stop its spread are part of a deep state conspiracy to deprive Americans of their fundamental civil liberties while kneecapping Donald Trump, who was in the process of delivering that so-called greatest economy.

So deeply held is this conviction these folks believe that letting their fellow Americans succumb to the virus is a reasonable trade off, because the more people that die and the faster the virus spreads, the quicker herd immunity will be conferred on a grateful nation who can resume in basking in Trump's restoration of white male greatness.

The prevalence of this worldview, blue state or red, is most apparent when we see just what a high percentage of local police officers refuse to wear a mask, even though so many of their colleagues have died from the virus. Yet the large number of Americans who believe the coronavirus, or its concomitant public health restrictions, constitute some kind of conspiracy play right into the hands of a ruling elite that is funneling money from these very same Americans and — with their masks firmly fitted on their faces — are laughing all the way to the bank.

Your job or your life

So far, Trump has kept his base in line of working-class Americans by promoting the notion that we can't fully recover economically unless we "downplay" the COVID death toll by resisting testing and disregarding the advice of public health experts to wear a mask.

Yet there's ample evidence that countries as diverse as Denmark and South Korea — indeed, the countries that managed to keep their COVID death toll down by taking proactive measures — were in turn able to limit economic fallout. In contrast, the United States has one of the world's highest per capita COVID death rate, and saw our GDP crater and unemployment soar as the country proved itself incapable of enacting a true quarantine.

As Greg Jericho wrote recently in the Guardian, the debate over how best to counter the global economic downturn "has led some (mostly conservative) commentators to argue there is a necessary trade-off between higher economic growth and fewer deaths. It also led to a pretty morbid and generally ignorant discussion about how governments will have to decide how much each life is worth."

Jericho continues. "And yet analysis of the performance of OECD nations, which make up the major advanced economies in the world, shows this thinking is completely wrong. What we find instead is a clear link between higher numbers of deaths from the virus and a weaker economy."

That goes far in explaining the economic situation of the United States.

James Parrott, an economist with the New School's Center for NYC Affairs sees the "economic well-being vs. public health tradeoff" as "a tortured libertarian construct," writing, "government should protect people from harm, and that means contain the pandemic and insulate people from the economic harm that public health restrictions create."

Parrott continues: "The challenge is to do the latter effectively to protect incomes, employment opportunities and economic well-being in general. Done successfully, it doesn't matter if measured GDP declines temporarily, well-being is more important. Of course, that means government deficits will rise, but that's manageable with the right tax policy. Not containing a pandemic is an abdication of government's responsibility to provide for the general welfare, and hence, not a choice."

A pandemic decades in the making

For Richard D. Wolff, an emeritus professor of economics at the University of Massachusetts, Amherst, the United States' failure to control the spread of the pandemic and the economic fallout that comes with it hearkens back several hundred years in Europe to the collapse of feudalism.

"In 14th century Europe, the black death pandemic began the end of feudalism because millions of serfs were too dead or too sick to produce the surpluses paid as rent to their feudal landlords," writes Wolff. "That rent supported the entire political and cultural structures of European feudalism. They consequently crumbled and took the system down. Today, tens of millions of unemployed on top of all the dead and sick are likewise depriving our capitalist system of the surpluses, profits, etc. that support our political and cultural institutions. The disintegration of capitalism, especially where the death, sickness, and unemployment are worst (US) is furthest along."

That historical analysis might seem a little overwrought, until you take a close look at just how stacked the American economy was against working people (modern-day serfs) even before the pandemic hit — and just how much worse it has gotten for us since we started dying from COVID.

It's important to read the COVID-19 pandemic in the context of a national circumstance wherein life expectancy has been on the decline for three years in a row — the first time that has happened since World War I and the Spanish Flu pandemic.

Even as the rest of the world was seeing a rise in life expectancy, a reliable measure for national well-being, the United States was falling further and further behind even, while the country grew more stratified.

The elites of both political parties ignored this fundamental erosion of America's well-being. You could see what was happening in the rise of deaths of despair and a medical debt crisis. These individual trends were studied and analyzed, but no president and no Congress managed to see what their confluence would portend.

So vested in market capitalism, they saw the fall of the Soviet Union as history's final imprimatur on America's inherent superiority — even as it became increasingly stratified, corrupt, indebted and unequal.

In 2018, Smithsonian Magazine reported the United States had dropped 21 spots in the global life expectancy rankings. Closures of rural and urban hospitals, and a cruel for-profit health care system that rations health care based on one's ability to pay, are largely to blame.

"Life expectancies across the globe are projected to rise by an average of 4.4 years over the next two decades, but a study recently published in The Lancet predicts the United States will linger far behind other high-income nations, reaching an average lifespan of just 79.8 years by 2040," noted Smithsonian Magazine. "Comparatively, frontrunner Spain is forecast to boast an average lifespan of 85.8 years, while Japan sits at a close second with an expected lifespan of 85.7 years."

[T]he United States went into the COVID-19 pandemic wracked by preexisting conditions. A fraying public health infrastructure, inadequate medical supplies, an employer-based health insurance system perversely unsuited to the moment—these and other afflictions are surely contributing to the death toll. But in addressing the causes and consequences of this pandemic—and its cruelly uneven impact—the elephant in the room is extreme income inequality.

How big is this elephant? A staggering $50 trillion. That is how much the upward redistribution of income has cost American workers over the past several decades.

Hanauer and Rolf cite a report released by the Rand Institute that concluded if the "more equitable income distributions of the three decades following World War II (1945 through 1974) merely held steady, the aggregate annual income of Americans earning below the 90th percentile would have been $2.5 trillion higher in the year 2018 alone."

They correctly observe that's "equal to nearly 12 percent of GDP—enough to more than double median income—enough to pay every single working American in the bottom nine deciles an additional $1,144 a month. Every month. Every single year."

This lopsided result is a consequence of decades of a rigged tax system which penalized working families and rewarded wealth by slashing taxes on billionaires, while promoting ever bigger mergers and acquisitions. This encouraged the proliferation of monopolies so big they could pick the country where they wanted to park their profits beyond the grasp of tax collectors.

When the pandemic hit, America's working-class families, particularly in communities of color, were still struggling to recover from the ground they lost as a consequence of the Wall Street–induced Great Recession.

They also disproportionately make up the ranks of the essential workforce who would have to just suck up the additional health risks to themselves and their families that comes with being an essential worker.

As Business Insider reported, as the nation saw tens of millions of Americans thrown out of work almost overnight, Amazon CEO Jeff Bezos' net worth rose "by an estimated $48 billion." They note that "when you add up the numbers, billionaires in the United States have increased their total net worth $637 billion during the COVID-19 pandemic" thus far.

At the dawn of the pandemic, the Federal Reserve propped up Wall Street as the U.S. Treasury extended hundreds of billions of dollars in loans to the nation's biggest corporations. In July, Trump and the GOP refused to extend the $600-a-week supplemental unemployment benefit for millions of struggling Americans, ostensibly to starve them back into the workforce.

In essence, what we have had is a diabolical repeat of how the powers that be handled the 2007-08 meltdown. But this time, the wolf at the door is a highly contagious and deadly virus.

That takes us back to where we began. Economies that were able to quickly deal with the coronavirus — by closing businesses, enforcing quarantines, testing rapidly and for free, giving stipends to citizens to ensure they don't need to go to work, and so on — bounced back far quicker. But in the past half-century, American ruling elites and corporations have become habituated to an American political system that bends over backwards to serve them, to ensure that nothing will stop the machinations that extract money and labor from the poor and working class and send it upward to them.

The result is a horrific catch-22 of the ruling class's own making. The 200,000 dead (and counting) are just collateral damage.