'The precipice is here': Conservative explains why Trump's love for dictators is only getting worse 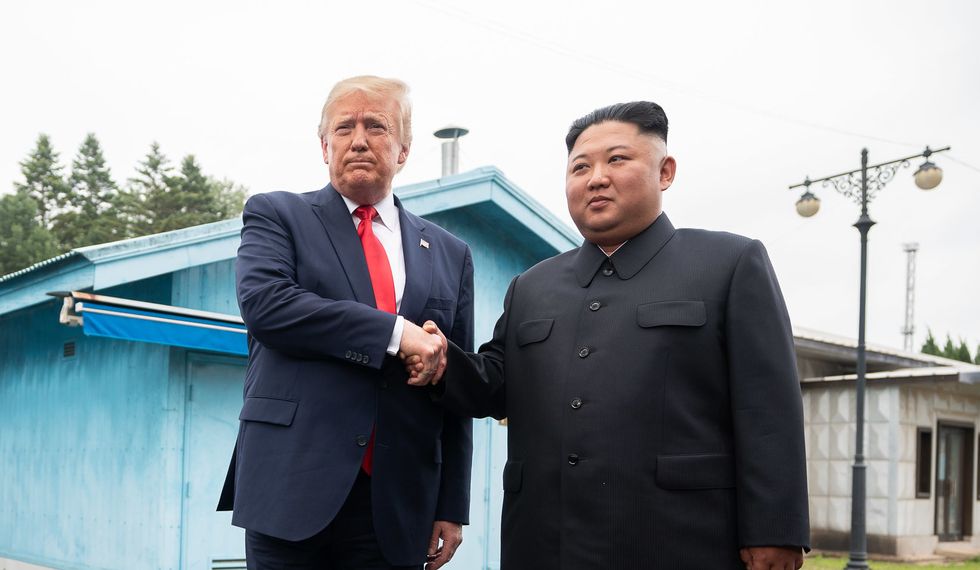 When the United States allied itself with fascist dictators during the Cold War — from Gen. Augusto Pinochet in Chile to Alfredo Stroessner in Paraguay — the rationale for supporting them was along these lines: yes, they’re tyrants, but at least they’re our tyrants. Spain’s Gen. Francisco Franco was a fascist dictator who President Richard Nixon considered an important ally of the U.S., and Nixon’s colleagues would argue that yes, Franco is a dictator, but at least Soviet troops aren’t patrolling the streets of Madrid. President Donald Trump, however, goes way beyond making the usual “he’s a bastard, but at least he’s our bastard” type of arguments — Trump flat-out expresses his admiration for authoritarians. And Never Trump conservative Jonathan V. Last, in an article published in the Bulwark on September 23, explains how Trump has gone from praising authoritarians to emulating them.

For Act I, Last draws on a 1990 interview for Playboy in which Trump compared the Soviet Union under Mikhail Gorbachev and the dictatorship in the People’s Republic of China. During that interview, Trump described Gorbachev as weak but said that the China government’s slaughter in Tien Amin Square showed the “power of strength.” And for Act II, Last notes that during a June 2018 interview with Fox News’ Steve Doocy, Trump said of North Korean dictator Kim Jong Un, “He’s the head of a country, and I mean, he’s the strong head. Don’t let anyone think anything different. He speaks, and his people sit up at attention. I want my people to do the same.”

For “Act III,” Last draws heavily on an excellent but very troubling article by journalist Barton Gellman that The Atlantic published on September 23. Gellman, in his piece, offers an in-depth description of the ways in which Trump and his army of lawyers could steal the election from former Vice President Joe Biden in Pennsylvania and other swing states that Biden might win.

On the same day Gellman’s article was published, Last notes, Trump held a press conference and refused to say that he will accept the election results if Biden wins. Trump’s comments, Last argues, “are the expression of a coherent worldview” in which “power exists to be used,” “the people reward the strong leader with requited love” and “leaders who do not use strength to deal with challenges to their power will lose what they most cherish.”

Last concludes his article by emphasizing that Trump’s comments over a 30-year period illustrate his love and admiration for raw power.

“The precipice is here,” Last warns. “Donald Trump just told you. In fact, he’s been telling anyone who would listen for 30 years…. Maybe he won’t be able to pull it off. But just how much are you willing to bet on that? Because if the answer isn’t ‘everything,’ then it’s time to take this man at his word.”