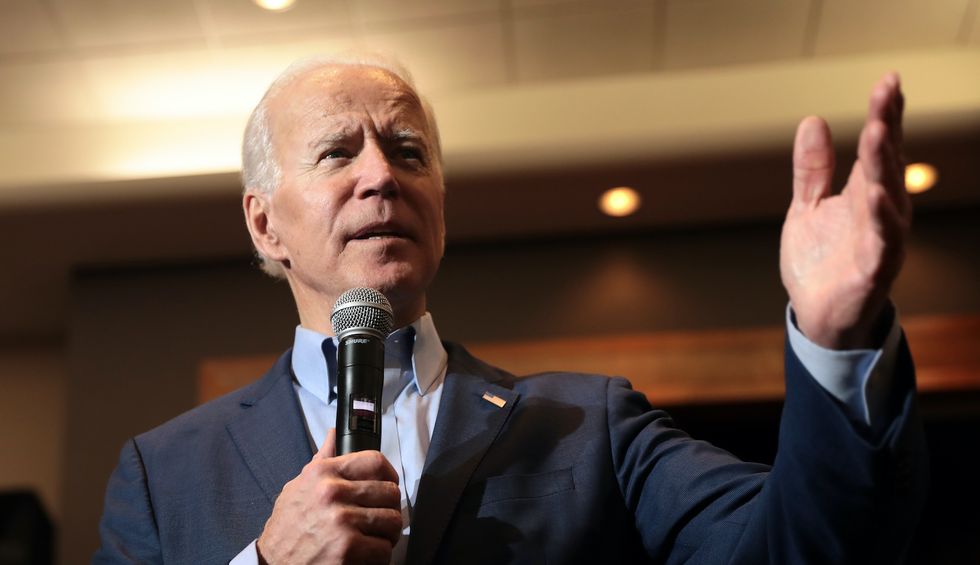 There was so much fear and bedwetting over the Kenosha, Wisconsin protests and broke-ass Donald Trump’s “law and order” response. Remember?

There was The New York Times, telling us definitely that: “Chaos in Kenosha Is Already Swaying Some Voters in Wisconsin.” According to that article: “The politically calculated warnings of President Trump and the Republican Party about chaos enveloping America should Democrats win in November are reverberating among some people in Kenosha, a small city in the southeast corner of one of the most critical states in this election, where protests have raged for a number of increasingly combustible nights.”

Of course, that resonated with the white left-of-center punditry. George Packer at The Atlantic wrote: “Here is a prediction about the November election: If Donald Trump wins, in a trustworthy vote, what’s happening this week in Kenosha, Wisconsin, will be one reason. Maybe the reason.”

The Republicans won’t let such an opportunity go to waste. “Law and order are on the ballot,” Vice President Mike Pence said on Wednesday night. Other speakers were harsher.

It’s no use dismissing their words as partisan talking points. They are effective ones, backed up by certain facts. Trump will bang this loud, ugly drum until Election Day. He knows that Kenosha has placed Democrats in a trap. They’ve embraced the protests and the causes that drive them. The third night of the Democratic convention was consumed with the language and imagery of protest—as if all Americans watching were activists.

For Packer (perhaps projecting his own fears and insecurities) the image of Black Americans protesting gross injustice is absolutely going to ruin Biden.

You’ve seen it in the comment sections of this very site—that fear that scary angry Black people will drive panic-stricken white people into Donald Trump and the GOP’s embrace. And yet reality is really different. So much different.

in its Wisconsin poll, CNN asked whether respondents approve of the candidates' handling of the "situation in Kenos… https://t.co/JA0L6dvlti
— Taniel (@Taniel) 1600188829.0

Taniel is so right. Everyone assumed Kenosha would be a political liability for Democrats. And yet here we are, with CNN’s latest poll now just showing a net 18-point advantage for Biden on handling Kenosha, but a 10-point overall 52-42 lead for Biden in Wisconsin.

Remember, all Biden has to do is pick up Michigan, Pennsylvania, and Wisconsin to win the White House—and he leads by over five points in all three. Every day with another poll showing Biden leading big in any of those three states is one day closer to victory.

Of course, this isn’t the first poll to show “law and order” falling flat for Trump. CBS and ABC polls last week found that voters trusted Biden to handle protests and violence far more than Trump. So did NBC and our latest national Civiqs poll. And in fact, the data clearly shows that the one and only demographic that has moved away from Trump since 2016—college-educated suburban white women—is repulsed by his “law and order” racial dogwhistle, reinforcing the doubts they already had about him. Rather than win back those suburban voters, Trump is actually solidifying their opposition to him.

You can further see how Trump’s attempts to partisanize the protest movement are having zero effect in our daily Civiqs tracker of attitudes toward the Black Lives Matter movement.

Indeed, take a look at college-educated white women, the target of Trump’s efforts to fearmonger based on race.

No effect. The numbers went from 48-38 support before the Kenosha protests to 49-38 today. You can call that one-point net gain float within the margin of error. What you can’t call it is “success.”

Trump changes focus every day or two, so who knows what he’ll be ranting about this afternoon or tomorrow or next week. But the one message everyone was panicking about—“law and order”—isn’t working for him. Anyone worried that anti-police brutality protests may be harming Democratic chances can relax. They are not.