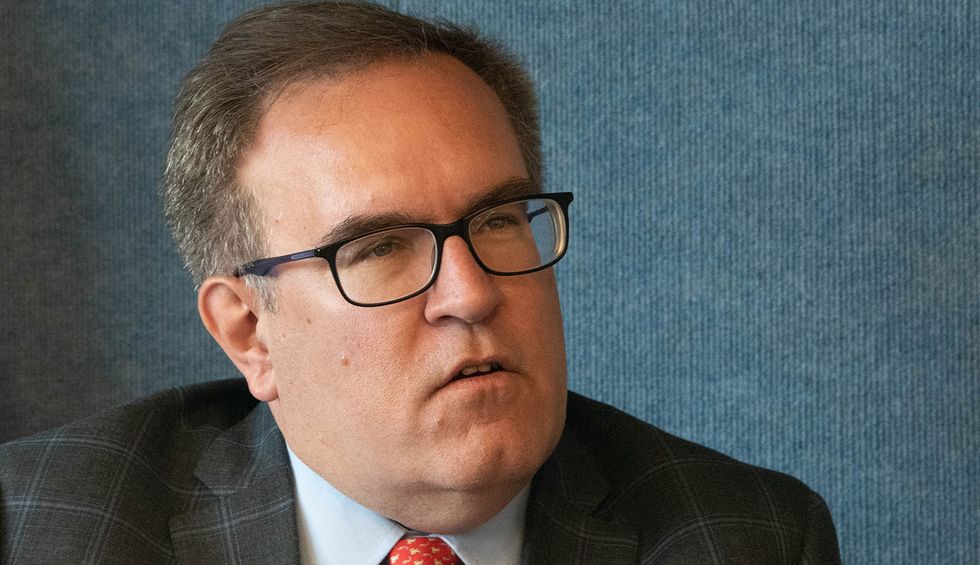 Dismissing extensive scientific evidence showing that even low levels of chlorpyrifos damage children's brains, the Environmental Protection Agency on Tuesday released a risk assessment calling the toxic pesticide's effects "unresolved" and allowing its continued use in a wide variety of agricultural products pending a future final decision on its use.

Reacting to the EPA's move, Patti Goldman, managing attorney at Earthjustice, accused the agency of "ignoring decades of science by leading universities and in doing so, neglecting its duty to protect children from pesticides."

"Ignoring the demonstrated harm to children doesn't make chlorpyrifos safe, it just shows a commitment to keep a toxic pesticide in the market and in our food at all cost," Goldman added.

The EPA's third risk assessment (pdf) for chlorpyrifos, which is the result of litigation by environmental groups, stated that "the science addressing [the pesticide's] neurodevelopmental effects remains unresolved." This, despite the study finding some dietary risks to adults, children, and handlers of the chemical, as well dangers to animals.

Chlorpyrifos is an organophosphate pesticide applied to crops, animals, and buildings to eliminate insects and worms, killing them by attacking their nervous systems through acetylcholinesterase enzyme inhibition. Invented by Dow Chemical Company in 1966, it is classified as "moderately hazardous" (pdf) to humans by the World Health Organization. Chlorpyrifos was banned in 2000 for most household uses but is still applied to dozens of crops on over 40,000 farms.

With a lack of federal protections, states are taking the lead in banning the brain-damaging pesticide… https://t.co/QFCY2PFhyw
— Earthjustice (@Earthjustice)1600376401.0

Last December, the European Union voted to effectively ban chlorpyrifos. Thailand also tried to ban the pesticide, but backed down last year under pressure from the Trump administration to continue buying it.

In 2016 under the Obama administration, EPA scientists found that chlorpyrifos poisons food and drinking water and recommended a ban on the pesticide, citing extensive research of its effects on children and agricultural workers. The pesticide has poisoned farmworkers, and researchers at Columbia University (pdf), Stanford University (pdf), the University of California at Berkeley (pdf), and elsewhere have shown that it is neurotoxic and damages children's brains by, among other harms, delaying development, damaging memory, lowering IQ, and reducing attention span.

However, in March 2017 then-EPA Administrator Scott Pruitt rejected his own agency's scientific findings and issued a ruling (pdf) upholding use of the neurotoxin. The American Academy of Pediatrics said it was "deeply alarmed" by Pruitt's decision, which came after consultations with lobby groups including the American Farm Bureau Association.

Corteva Inc., which is owned by Dow Chemical and is the largest producer of chlorpyrifos, has also been lobbying the EPA, according to Earthjustice, one of the groups suing to ban the chemical. Progressive Farmer reported Wednesday that Corteva will phase out chlorpyrifos production, citing declining demand as the primary factor in its decision.

In 2017, the attorneys general of seven states—New York, California, Washington, Maine, Maryland, Massachusetts, and Vermont—formally called on the EPA to take immediate action to ban chlorpyrifos. Absent action from the Trump administration, Hawaii in 2018 became the first state to ban pesticides containing the chemical, although the ban won't go into effect until 2022. California and New York followed suit, while lawmakers in several other states have introduced bills to ban it.

"Yesterday Hawaii made history, as it became the first state in the U.S. to ban the pesticide #chlorpyrifos, a toxi… https://t.co/OsV5kYCX7v
— Organic Consumers (@Organic Consumers)1525278767.0

In a major victory for chemical corporations, EPA Administrator Andrew Wheeler announced in July 2019 that the agency would not ban chlorpyrifos, prompting a lawsuit by a coalition of health and labor organizations.

"Trump's EPA might want to dismiss the science and the law to protect corporate profit, but we are confident the courts won't stand for this," said Dr. Elena Rios, president of the National Hispanic Medical Association, at the time.

Many scientists have expressed alarm that the U.S. government is upholding chlorpyrifos use.

"A regulatory ban was proposed, but actions to end the use of one such pesticide, chlorpyrifos, in agriculture were recently stopped by the Environmental Protection Agency under false scientific pretenses," Trasande added. "Scientists have a responsibility to rebut and decry these serious challenges to human health and scientific integrity."

"There are all these studies that have been done of kids showing that chlorpyrifos harms their brains especially as they're young or fetuses as they're developing," Erik D. Olson of the Natural Resource Defense Council (NRDC)—one of the groups fighting for a chlorpyrifos ban—told The Hill on Tuesday. "The very young are at much greater susceptibility than older people, and also more exposed."

NRDC said that "EPA political appointees are pushing to not only ignore the epidemiological studies showing children are harmed by real-world uses of chlorpyrifos, but to also strip away the 'uncertainty factors' that are routinely applied to add a measure of protection for children, and to address uncertainties in the risk assessment."

The EPA's final decision on chlorpyrifos will be made at a future date, with most experts believing the latest risk assessment points to approval or an inadequate offer to limit its use.

"With how toxic it is you can't mitigate the harm enough to make sure not really impacting people's lives and health and the environment," Nathan Donley, a senior scientist at the Center for Biological Diversity, told The Hill.