The end of the liberal arts dream 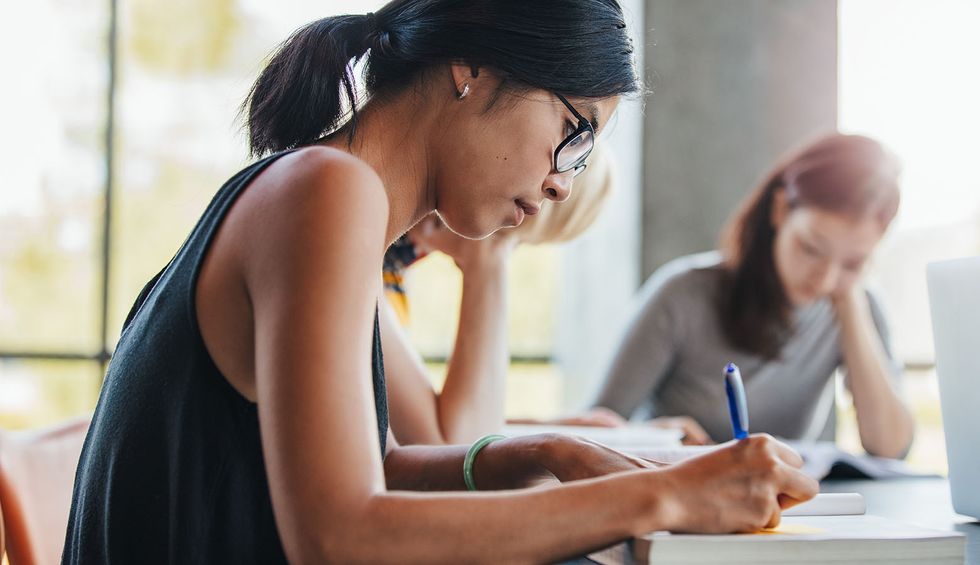 Most people know that student debt is a problem, and most people agree that "something should be done about it." The consensus opinion appears to be that something should be done because it's "not fair" to young people. According to a recent poll conducted by the Pew Charitable Trust, 80% of Americans believe that "the government should make it easier to repay student loans."

Even so, there is very little understanding of why student debt has become so burdensome in recent decades. It's as if we thought student debt were an unhappy fact of nature, like a weather front that has passed through leaving us with no option but to put on a warmer coat if we can find one, and if we can't find one, it's welcome to the Brave New World of Cold and Indifference.

And yet, it was not so long ago that things were very different. I was born in a working class suburb of San Francisco in 1951. At that time, public education was good, teachers still had some social prestige, universities were affordable (cheap actually), and few students graduated with debt. It was possible for me to sally forth without the threat of young adult bankruptcy.

In other words, at that time students were freer to choose what they wanted to study and freer to explore careers. As for me, I was free to be a student of literature and philosophy at the University of San Francisco. I learned to play the classical guitar up the hill at Lone Mountain College. I was also a longhair war resistor and draft counselor in the chaplain's office. And I was mostly sure that I wouldn't be punished for these decisions, or not punished any time soon.

Unhappily, the university as I knew it no longer exists. Through the decades of Reaganomics and neo-liberal austerity, an elite determination was made that the state should no longer pay for public higher education; henceforth, universities would be funded through personal debt. Tuition to public colleges and universities became a bloated "user fee" for access to a government-affiliated service, like gaining access to a parking lot. Novel arguments gained force: students were just another type of consumer, and "student demand" should determine the content of the curriculum. What was lost in such market logic was the fact that programs in the arts and humanities—not just in universities but at all levels of education—had become the primary way in which we were allowed to think about who we are, where we are, how we got here, and what, if anything, we'd like to see changed. In the place of that worthy process, we were left with what David Harvey described succinctly: "The traditional university culture, with its odd sense of community, has been penetrated, disrupted, and reconfigured by raw money power."

In both the public and private sectors, the corporate university has been slowly growing for many years, but it has now become more brazen in its destructive tendencies. For an example that is close to me personally, the Board of Trustees at Illinois Wesleyan University (IWU) in Bloomington, Illinois, announced in May of 2020 that it was considering the elimination of many long established programs all of which were in the liberal arts and social sciences. I say this is personal because my wife, Georganne Rundblad, taught sociology at Wesleyan for twenty-five years, and many of the faculty there were among our friends.

Without the consent of the faculty, the Board of Trustees sent pre-termination letters to twenty-five faculty members and instructional staff in philosophy, anthropology, music, foreign languages, sociology, art, and religion — in total, about a quarter of IWU's faculty. A liberal arts university without philosophers is a contradiction in terms, but a Wesleyan university without a department of religion is an exercise in self-mockery. No doubt, IWU will continue to claim that its "primary focus" is in "opening students' minds," but the college of business will have to do most of the opening.

That, too, is already happening. Those departments that were not eliminated were said to be in need of "transformation." Provost Mark Brodl told faculty member Scott Sheridan that "philosophy will support business and accounting, computer science and data science." In another example of what Harold Bloom called the trahison des clerks, university president Georgia Nugent (a classicist by training) said that the department of art will "move more in the direction of art and design," including graphic design and product design. In other words, before the arts can transform students, commerce will first transform the arts. Andy Warhol saw it coming: art is a can of soup.

Of course, there's no reason to think that this is the end of these transformations, these latest shudders of what Bill Readings called "the university in ruins." (Readings: "The contemporary University is busily transforming itself from an ideological arm of the state into a bureaucratically organized and relatively autonomous consumer-oriented corporation.") Remaining faculty and programs can't sleep comfortably, wondering who and what will be cut next, a year from now, five years or ten. University boards can wait — they've been waiting patiently for fifty years. For fifty years American universities have moved toward a sense of mission that a businessman can recognize, respect, and, most importantly, donate money to.

Wesleyan trustees felt no need to provide a rationale for their actions beyond the crude idea that the affected programs were not cost efficient and that financial exigency threatened them in the near future, somehow — never mind the university's $200 million endowment. They offered no educational reasons for the changes, and no argument for how the changes were consistent with the values of the institution. Like the bandits in John Huston's "The Treasure of the Sierra Madre," they said, "Reasons? We don't need no stinking reasons."

The feelings of faculty and alums are raw now because they feel, rightfully, betrayed. One member of the IWU Alumni for the Liberal Arts, Molly McLay, wrote to me:

I am infuriated by the lack of humanity and empathy in this process. Most of my professional work revolves around understanding, responding to, and preventing trauma. I truly think this experience at IWU has been a collective trauma.

Affirming McLay's thought, Scott Sheridan, a professor of French and Italian at Wesleyan, commented to me:

I feel like I'm just caught in the middle of an administration that has lost its bearings, that is changing the rules on me late in my career. I've bought into the ivory tower model, I've done everything asked of me, and now when the economy has tanked, Covid is blazing, higher ed is collapsing, and the University has damaged my professional reputation, I find myself completely cast aside, looking at the necessity not only to retool my professional objectives but to rethink my life.

Professor Sheridan has lawyered up.

Finally, and elegiacally, Professor of English Michael Theune commented to the Chicago Tribune, "It is a bad day. The faculty's control of the curriculum has been taken away."

The motto over Wesleyan's portal should no longer be "Scientia et Sapientia," knowledge and wisdom. I propose that it should read like the legend over Dante's Inferno: "No Admittance Except on Business."

After the second world war, there was an enormous investment in public education. For the first time, the children of the working class had an opportunity to study subjects, like literature, that were formerly a privilege for the children of the affluent. We studied the humanities and the social sciences and in so doing found ways to critique and resist corporate culture and all of its murderous inequalities. In the 1960s, universities became best known for their "student protests." The protests may now be in the streets and not on campus, but many of the protestors of the present—marching with Black Lives Matter, or against gender bigotry, or against the world as organized for the benefit of oil companies—got their intellectual chops in universities taking courses like Professor Rundblad's "Sex and Gender in Society" or "Race and Ethnic Relations."

But all this time our masters have been paying attention, and they have seen clearly and correctly: for many, many students, going to college was and remains a liberalizing experience (thus Biden's enormous lead over Trump among college-educated voters). Our plutocrat masters concluded, "So this is what happens when you let the working class and minorities go to college. They study things of no value to us, and they learn to hate us."

As a consequence, slowly, decade after decade, universities were starved and students were put in debt. Meanwhile, the wealthy came to the rescue and became university trustees. In these fallen days, the ideal trustee is someone who has money or knows people with money, ideally both. (The chair of Wesleyan's Board of Trustees is Timothy Szerlong, former president of worldwide field operations at CNA Financial Corporation.)

The ultimate benefit of all this for our oligarchs, the 1%, is a new but very powerful form of social regimentation. Their message to students: "If you want a job, you will study what we want you to study, or else you will live in debt." We could call this naked coercion, but for students it is their first adult taste of American Un-freedom.

In 1969, the year before I entered the University of San Francisco, I was working at a McDonalds in the East Bay. The franchise owner liked me and offered me a scholarship to McDonald's Hamburger University. I laughed. I shouldn't have.

Curtis White is a novelist and social critic. His most recent book is "Living in a World That Can't Be Fixed," published by Melville House.