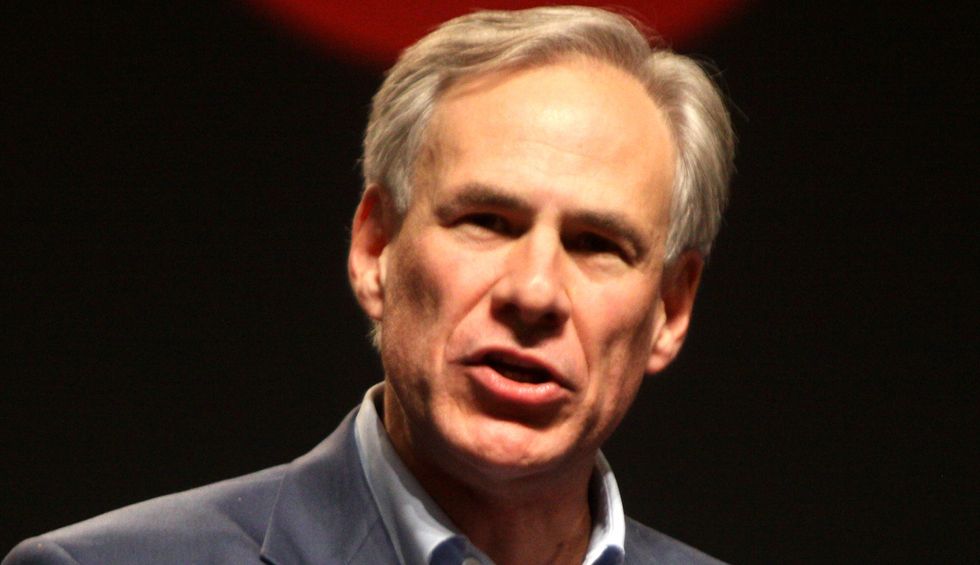 Republican Gov. Greg Abbott of Texas was sued on Wednesday by a group of prominent members of his own party over his one-week early voting extension amid the coronavirus pandemic.

In July, Abbott moved the start date for early voting up to Oct. 13 from Oct. 19, increasing the window by six days. The extension also applied to the option to return mail-in ballots in person, which was previously limited to Election Day.

The lawsuit, filed this week with the Texas Supreme Court, claimed that those orders had violated existing state laws governing voting dates. Abbott acted like a "king" by unilaterally changing the date without consulting the legislature, the plaintiffs alleged.

"The Texas Constitution is not a document of convenient consultation," the lawsuit, filed by Texas GOP Chairman Allen West, Agriculture Commissioner Sid Miller and a number of members of the Texas Legislature, read. "It is a steadfast, uninterrupted charter of governmental structure."

The plaintiffs argued that the Texas Constitution required Abbott to obtain legislative approval for such a directive, pointing out that the governor had refused to call special sessions during the pandemic.

"If ever a special session was justified, now is the time," the filing said.

It was not the first time that Abbott's own Republican Party targeted him for actions he had taken to mitigate the pandemic.

In April, Texas Lt. Gov. Dan Patrick caught national criticism when he told Fox News that "there are more important things than living." Two right-wing state lawmakers got illegal haircuts at a Houston salon, daring the governor to enforce his own rules.

A Dallas salon owner was jailed in May for defying orders to close her business. After she received airtime on Fox News and hundreds of thousands of dollars in donations, Abbott revised his own stay-at-home orders. His office asked the salon owner for advice on how salons in the state could reopen quickly and safely. Abbott ultimately reopened salons more than a week before his initial target date.

Abbott was caught on tape acknowledging that reopening businesses in the state would "lead to an increase" in COVID-19 cases after he began to ease social distancing restrictions. Ten weeks later, morgues in the state were at capacity.

One of the plaintiffs in the lawsuit, the Houston-area conservative activist Steve Hotze, has filed several lawsuits already this year targeting Abbott's response to the coronavirus. This time, he has the added firepower of a number of the state's most powerful GOP leaders: West and Miller, plus three state senators and four state representatives, the chairman of the Harris County Republican Party and the Texas envoy to the Republican National Committee.

However, one of those state senators, Donna Campbell of New Braunfels, later asked the group to remove her name from the lawsuit in a letter. Campbell said she had not consented to join the legal challenge and disagreed with the "basic construct of the matter."

The Texas Democratic Party, which has lobbied for expanded voting by mail this fall, released a statement in response to the lawsuit. It said state officials "should be expanding early voting and vote-by-mail options — not cutting them."

Though Abbott moved the start of early voting, the final day remains the same: Oct. 30, or the last Friday before Election Day.
From Your Site Articles
Report typos and corrections to: feedback@alternet.org.