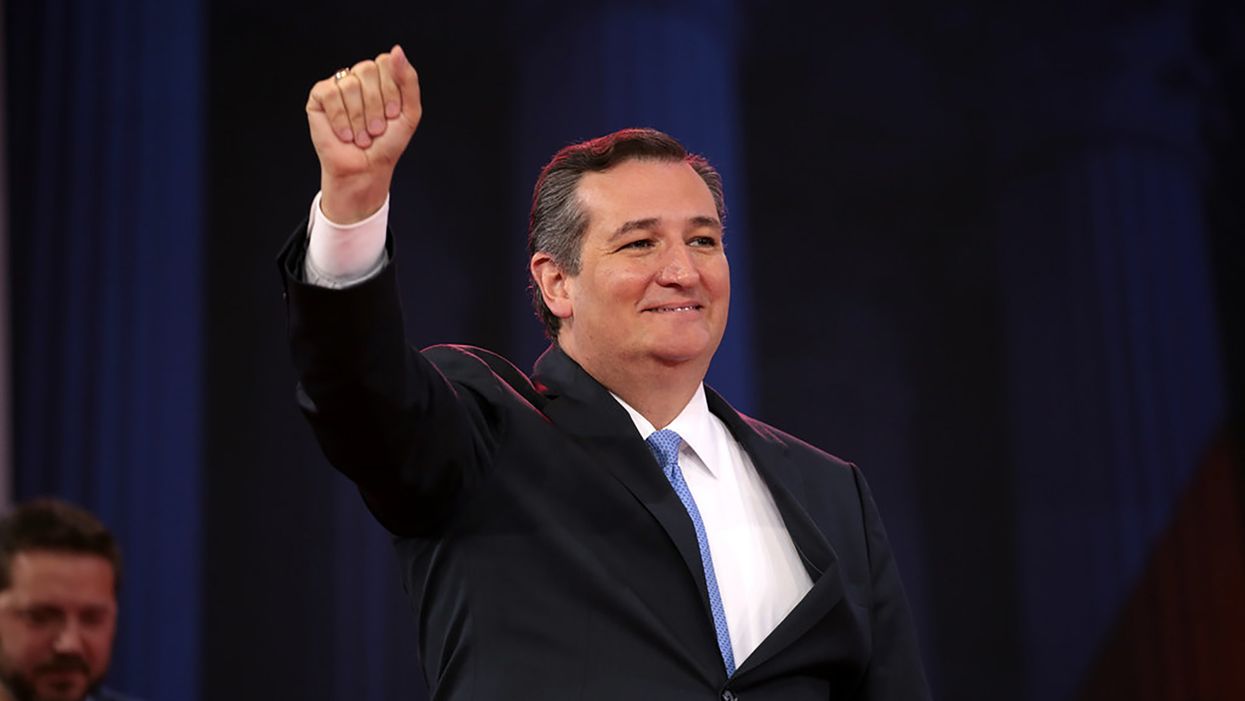 Senate confirmation hearings for Judge Amy Coney Barrett, President Donald Trump's far-right Supreme Court nominee, are scheduled to begin on Monday, October 12 — and prominent GOP senators like Senate Majority Leader Mitch McConnell and Sen. Lindsey Graham (chairman of the Senate Judiciary Committee) are making it abundantly clear that they expect to see Barrett's confirmation rammed through the Senate as soon as possible. Two of the main reasons why Republicans are so anxious to see Barrett confirmed are Roe v. Wade and Obamacare. But Sen. Ted Cruz of Texas is stressing that there is another reason to move quickly with her confirmation: Barrett could be a key vote on election disputes.

"The entire reason the Senate should act and should act promptly to confirm a ninth justice is so that the Supreme Court can resolve any cases that arise in the wake of the election," Cruz told reporters.

Translation: if the 2020 presidential election is really close in key swing states such as Pennsylvania, Florida, North Carolina and Arizona and there any disputes with the vote count, Cruz would like to make sure that Barrett is on the Supreme Court so that she could rule on the case.

Prominent Democrats, however, are saying that if Barrett is confirmed and the Supreme Court does end up ruling on any election disputes, Trump's nominee needs to recuse herself — and that not doing so would be unethical.

During an appearance on NBC News' "Meet the Press" on Sunday, September 27, New Jersey Sen. Cory Booker — a Democratic member of the Senate Judiciary Committee — said of Barrett, "If she does not recuse herself, I fear that the Court will be further delegitimized."

Booker is among the Senate Democrats who has said that he is open to the possibility of expanding or "packing" the High Court with additional seats if Barrett's nomination is rammed through before Election Day, which is Tuesday, November 3. Under the U.S. Constitution, the Supreme Court does not have to have nine justices — and Congress would have the power to vote to expand the number of justices to ten, 11, 12 or more. President Franklin Delano Roosevelt hoped to expand the number of Supreme Courts justices during the 1930s but was unsuccessful and encountered opposition from members of Congress.

Sen. Chris Coons of Delaware told National Public Radio that if Barrett is confirmed so close to a presidential election, she "should recuse herself" from voting on any election-related matters.

Cruz, however, doesn't see it that way. And Trump himself is making it clear that he believes Barrett should vote on election-related matters if she is confirmed by the Senate.

"I think this (election) will end up in the Supreme Court," Trump said this week, "and I think it's very important that we have nine justices."