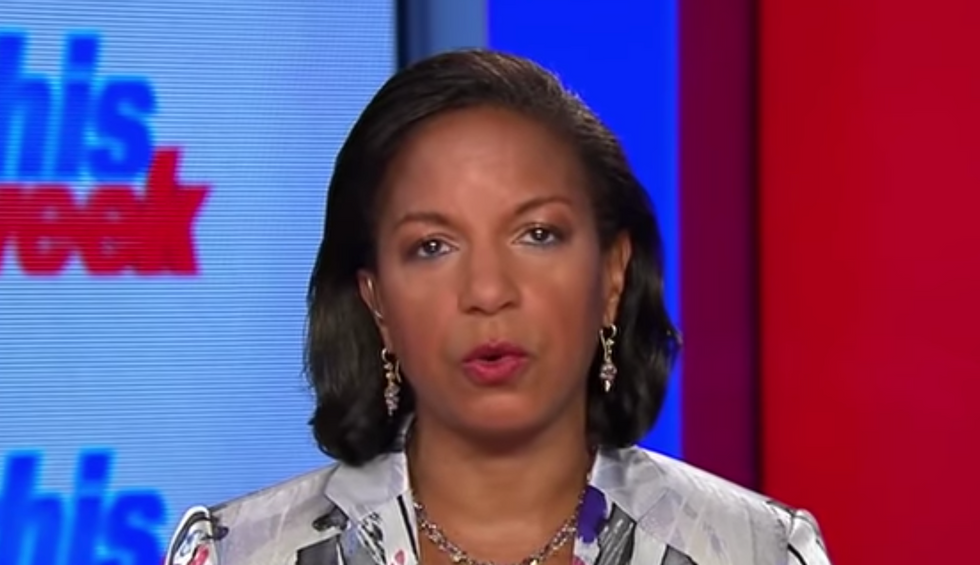 During a speech on Thursday, September 17, President Donald Trump was feeding red meat to his far-right MAGA base when he claimed that public schools in the United States are subjecting children to left-wing indoctrination and that the way to cure that is with “patriotic education” in the form of a “1776 Commission.” Trump has been red-baiting Democrats a lot during his reelection campaign, but his “patriotic education” suggestion is being compared to communism by former National Security Adviser Susan Rice.

During a September 17 appearance on CNN, Rice told host Erin Burnett, “This was one of the most astonishing speeches I’ve heard him give. He talks about patriotic education — I thought I was listening to Mao Tse Tung running Communist China.”

Rice’s analogy was spot on, as so-called “patriotic education” is exactly the type of hypernationalist indoctrination that schoolchildren suffered in communist dictatorships during the 20th Century.

Rice, a Democrat who served in President Barack Obama’s administration, added, “We don’t have a system of patriotic education where the dear leader tells the people what they must learn. We open students’ minds. We give them facts. We teach them how to analyze. We teach them civics and the foundations of our constitution. And when you study the Constitution — which, it appears, Donald Trump hasn’t — you understand that it is a living document that has evolved.”