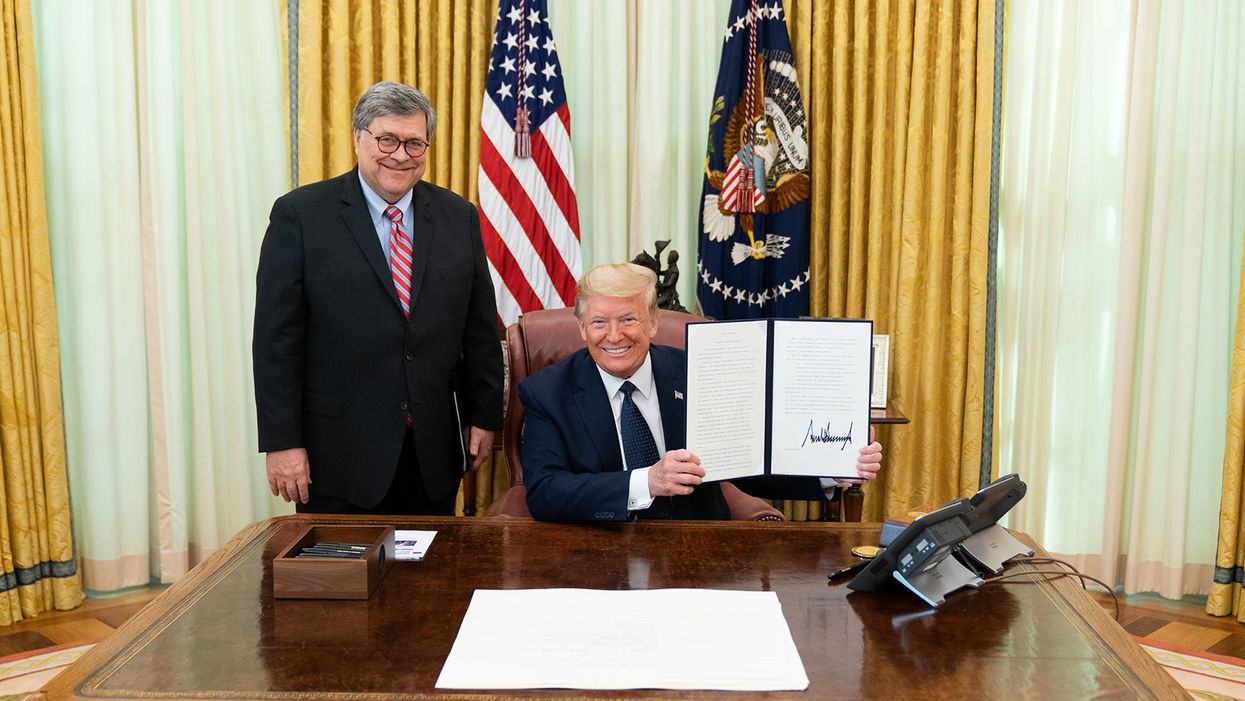 Assistant U.S. Attorney for the District of Massachusetts James D. Herbert on Thursday slammed Attorney General William Barr for his "unprecedented politicization" of the Department of Justice, marking the first time a sitting U.S. attorney has publicly rebuked the head of the DOJ.

Herbert made the remarks in a letter published by the Boston Globe, arguing the attorney general's efforts to serve President Donald Trump are "a dangerous abuse of power."

"While I am a federal prosecutor, I am writing to express my own views, clearly not those of the department, on a matter that should concern all citizens: the unprecedented politicization of the office of the attorney general," Herbert wrote. "The attorney general acts as though his job is to serve only the political interests of Donald J. Trump. This is a dangerous abuse of power."

Herbert cited Barr's "misleading summary of the Mueller Report" as one example of the attorney general's apparent willingness to protect the president at the expense of truth. Barr offered his abridged summary of the report in 4-page letter to the members of the House and Senate Judiciary Committee, and also commented on the report during an April 18 press conference. Mueller himself said Barr's letter "did not fully capture the context, nature, and substance" of his report.

"William Barr has done the president's bidding at every turn," Herbert argued in his letter to the Boston Globe. "For 30 years I have been proud to say I work for the Department of Justice, but the current attorney general has brought shame on the department he purports to lead."