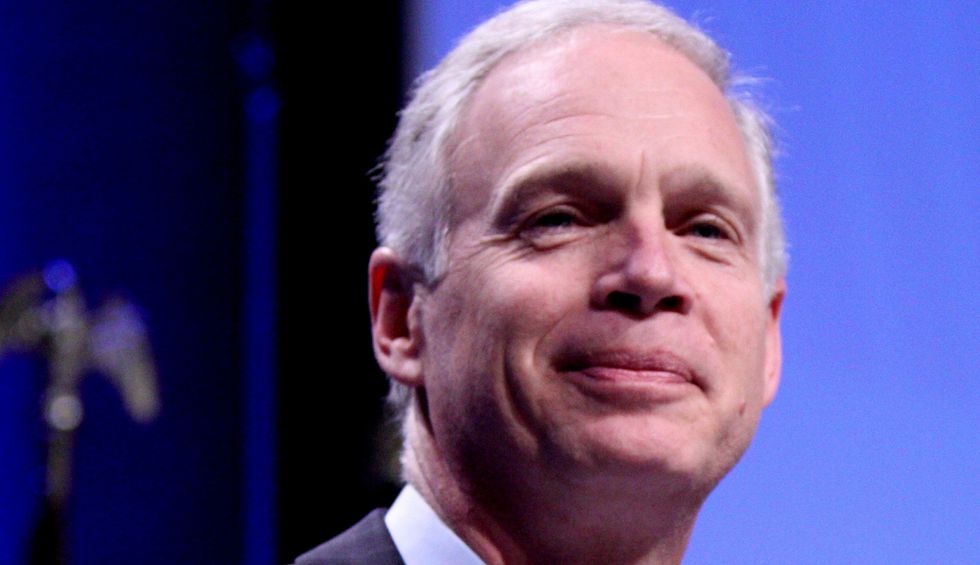 Johnson, the chairman of the Senate Homeland Security and Governmental Affairs Committee, has led a probe into Obama-era intelligence activities and Biden's alleged ties to Ukraine for months after a similar effort by Trump attorney Rudy Giuliani led to the president's impeachment last year. Johnson acknowledged during an interview first flagged by Politico that his probe would "certainly" damage Biden's electoral hopes.

Johnson claimed during another radio interview this week that the evidence his committee had found was so "outrageous" that "it should completely disqualify Biden from president."

"This damning acknowledgment totally exposes that Ron Johnson's disgraceful conduct is the definition of malfeasance," Biden spokesman Andrew Bates told Politico. "It is beyond time for him to end this embarrassing and deeply unethical charade once and for all — as a number of his Senate Republican colleagues have long wanted."

The criticism was not limited to Democrats, however. Johnson on Wednesday pulled a planned vote on a subpoena related to Burisma, a Ukrainian energy company which once employed Biden's son Hunter, after criticism from Sen. Mitt Romney, R-Utah.

Romney said during a committee meeting that the investigation into Burisma was a "political exercise."

"Obviously, it's the province of campaigns and political parties, opposition research, the media to carry out political endeavors, to learn about or dust up one's opponent. But it's not the legitimate role of government for Congress or for taxpayer expense to be used in an effort to damage political opponents," Romney said. "Therefore, I am pleased that our votes today do not include additional authorizations relating to the Biden-Burisma investigation."

The committee did, however, authorize 40 subpoenas related to the FBI's investigation into Russian election interference.

"I will continue that support as long as it does not fall in the realm of rank political undertaking," Romney said. "I do believe it's very important that that the committees of Congress — and ours in particular — not fall into an increasing pattern that we're seeing, which is using taxpayer dollars and the power of Congress to do political work."

The investigations have been repeatedly pushed by Trump, who has made numerous baseless allegations about Hunter Biden's work in Ukraine and the Obama administration's efforts to "spy" on his campaign. Many of the Biden claims were debunked by career officials during the impeachment hearings. The FBI probe has also been investigated by Congress and the Justice Department, which found no evidence of Trump's claim that the Obama administration had "spied" on him and concluded that there was ample reason for the probe.

Johnson rejected the bipartisan criticism of his investigation during the Tuesday interview.

"There's a coordinated effort now," he claimed, "to destroy me."