Reporters from a conservative outlet get arrested at Louisville protests 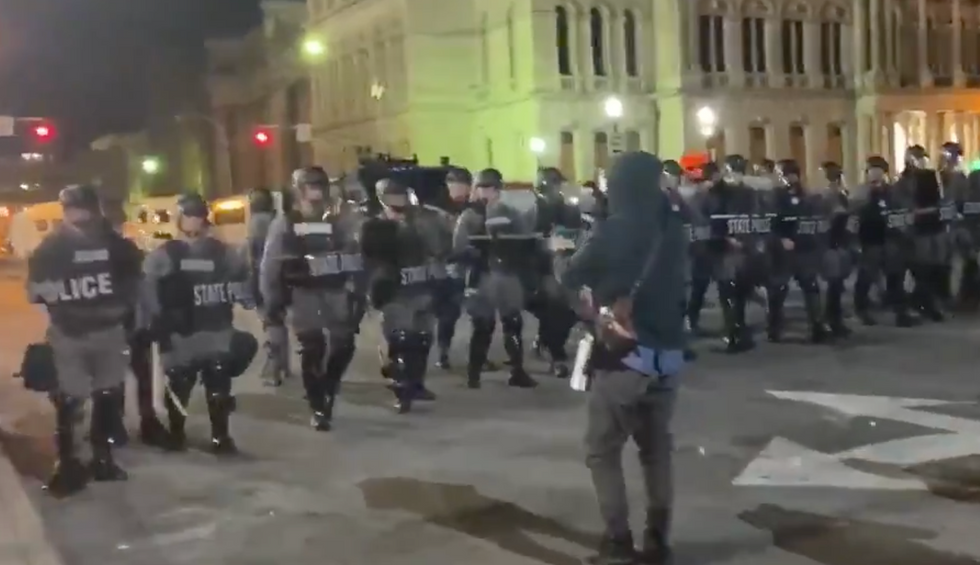 Two reporters from the conservative outlet The Daily Caller were arrested Wednesday night while reporting on the protests and unrest Louisville, Kentucky, over the police killing of Breonna Taylor. The reporters were not, from all appearances, doing anything other than their jobs.

Geoffrey Ingersoll, the outlet's editor-in-chief, initially expressed hope the reporters, Shelby Talcott and Jorge Ventura, would be released swiftly. But they remained confined overnight and were not released until about 16 hours and about 12 hours later, respectively.

This series of events is part of a pattern in the new era of Black Lives Matter protests. Journalists and peaceful protesters are routinely locked up during demonstrations, despite engaging in First Amendment-protected activities. Often, orders to disburse or curfews are used to justify the clamp-down.

Talcott shared video of the events surrounding the arrests as they happened:

We are all on the ground right now and police are taking people and putting them in zip tie cuffs https://t.co/eIJJF1t1Ub
— Shelby Talcott (@Shelby Talcott)1600916785.0

After the event, she expressed dismay that she had been arrested as a journalist:

The outlet itself repeatedly expressed outrage during the ordeal:

The @LMPD is now actively restricting the freedom of the press by holding @ShelbyTalcott and @VenturaReport for mor… https://t.co/7e54sllArE
— Hayden Daniel (@Hayden Daniel)1600959031.0

Neil Patel, the publisher for the outlet, noted in his objections that the Daily Caller's coverage is often more favorable to the police than other media: "Unlike other outlets, we have interviewed police about this and told their side of the story. But this is not China. Those reporters flat out have a constitutionally protected role to play on our streets."

But these events should make it extremely clear: The police are in many cases completely out of control and abusing their power. These arrests were unnecessary and unjust, like so many others arrests of press and protesters alike, as well as dangerous. They forced the reporters into tight, crowded spaces as an airborne virus continues to rage throughout the population. And any unjust confinement is akin to kidnapping. Even being "pro-police" won't always protect you. It is completely unacceptable, and it won't change until there's a radical new level of accountability for law enforcement.