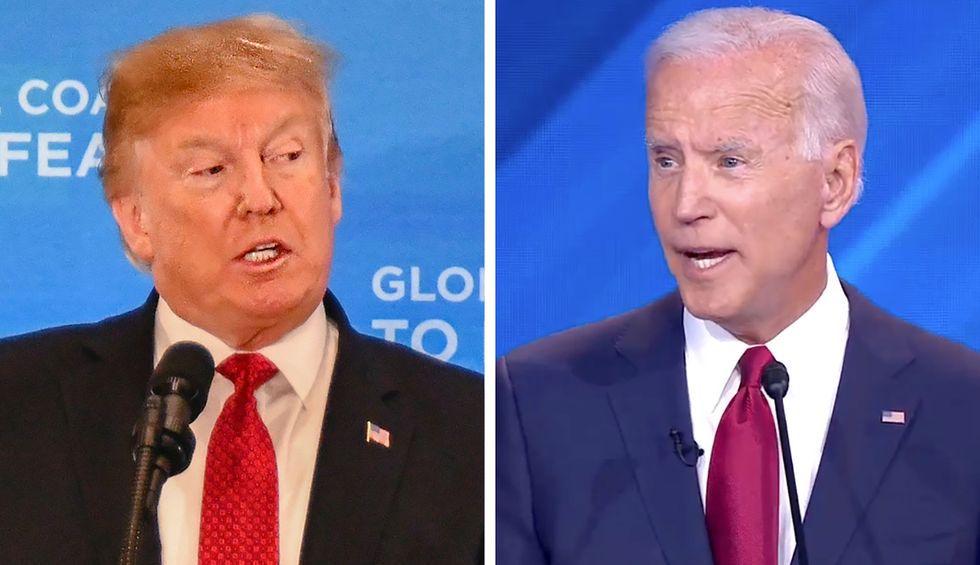 Opponents of President Donald Trump have been worried that the Green Party’s 2020 presidential nominee, Howie Hawkins, could be a spoiler in swing states and take votes away from former Vice President Joe Biden. But voters in one of those states won’t be seeing Hawkins’ name when they vote: the Pennsylvania Supreme Court has blocked the Green Party presidential ticket from the ballot, thus clearing the way for state and local election officials to begin mailing out ballots to voters.

In a decision handed down on Thursday, the Pennsylvania justices ruled that Hawkins and his running mate, Angela Walker, did not qualify for the state’s ballot because they did not submit filing papers in person — which is required under Pennsylvania law.

Washington Post reporter Amy Gardner notes, “The decision is a blow to the third-party ticket and a win for Democrats, who worried that the Green Party could siphon votes from presidential nominee Joe Biden in the key battleground state. In Wisconsin, the Green Party effort to get on the ballot was boosted by help from some Republicans and a prominent law firm that does work for the GOP. In Pennsylvania, the Supreme Court voted on a strict party line, with the Court’s two Republicans partially dissenting, writing in a separate opinion that the Green Party ticket should have been given a chance to fix its paperwork.”

However, the Green Party has qualified in many other battleground states that Trump won in 2016, including Florida, Ohio, Texas (a light red state where polls have been showing a surprisingly tight race between Trump and Biden), Michigan, Iowa and North Carolina.

Had the Pennsylvania Supreme Court ruled in favor of the Green Party, it would have been a major headache for election officials in the Keystone State — where they would have been forced to throw away millions of mail-in ballots that have already been printed and were ready to be mailed out. Now, with the ruling on Thursday, the ballots can be mailed and sent out to voters.

Most polls released in September have shown that Biden is ahead in Pennsylvania, but not by much. According to recent polls, Trump is trailing Biden in Pennsylvania by 4% (CNBC/Change Research), 2% (Susquehanna) or 3% (Monmouth). However, an NBC News/Marist poll released this month found Biden with a more comfortable lead of 9% in the Keystone State, which Trump won by less than 1% in 2016.