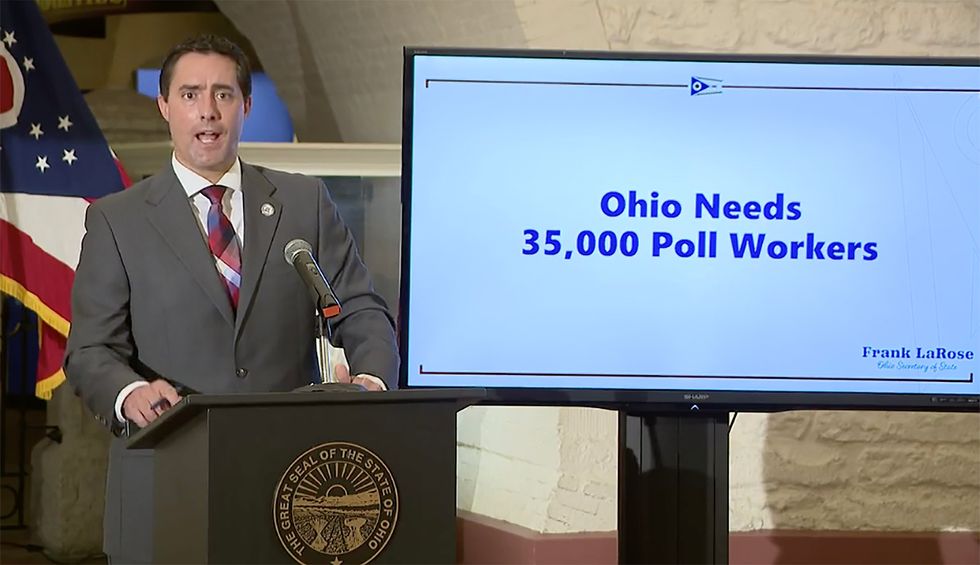 An Ohio county judge on Tuesday delivered a blow to Republican Secretary of State Frank LaRose, shooting down an order that restricted counties in the state to one ballot drop box in November, NBC News reports.

The Ohio Democratic Party sued LaRose in August over the rule, which, NBC News notes, would would force voters in Cuyahoga County — home to Cleveland — to “serve more than 860,000 registered voters with only a single drop box."

LaRose’s office on Tuesday said he would appeal the decision. For now, “the Secretary’s directive remains in place,” LaRose spokesperson Maggie Sheehan noted Tuesday. The secretary claimed he personally wants counties to expand their number of drop boxes, but argued he lacks the legal authority under state election law.

LaRose's claim hinges on a the requirement that absentee ballots be “delivered by mail or personally” to the county election director.

In his ruling, Frye disagreed with the secretary, noting state election law “does not squarely answer whether drop boxes are permitted, or if so how many boxes may be used, or where they may be located by a board of elections.”

“While the secretary has broad discretion to issue Directives and otherwise guide local boards of elections, his actions must be reasonable to be legally enforceable,” Frye wrote. “Wholly arbitrary rules are entitled to no deference.”