No one can believe this GOP senator's embarrassing ad is real 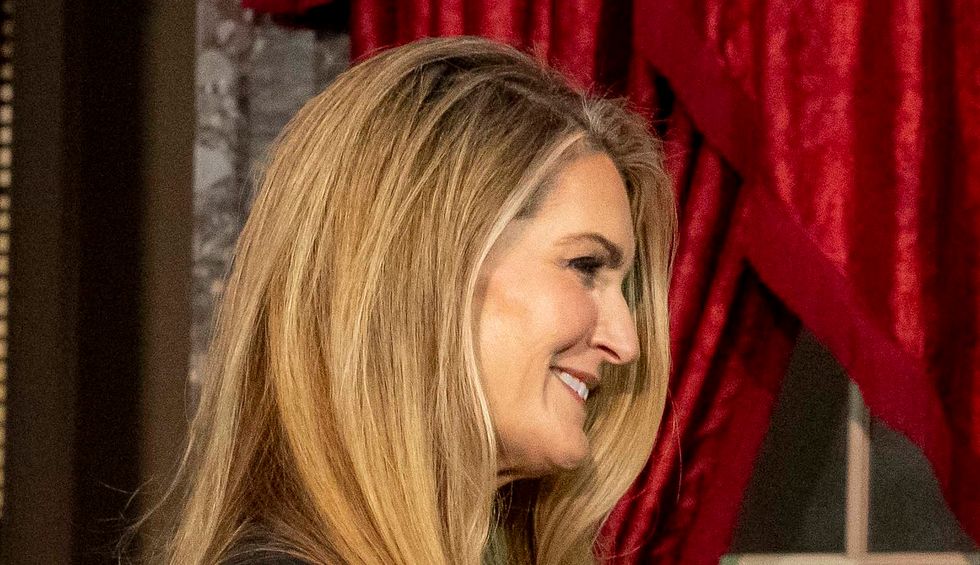 Republican Sen. Kelly Loeffler of Georgia is in a tough race to keep her seat, and at least so far, it seems she's not sending her best.

Her latest ad baffled many observers, prompting some to genuinely question whether the clip was real. It's production quality and corniness are so over the top and unprofessional, it's hard to believe it's from a sitting senator. And the messaging itself is so hamfisted and unsubtle that it's hard to imagine it's an appealing ad for voters, even in Republican-leaning Georgia.

The ad starts with a couple sitting on a sofa talking about how conservative Loeffler is. OK. But then it goes off the rails when it literally says that Loeffler is "more conservative than Attila the Hun." Yes, really. And it only gets worse.

From there, it cuts to a scene of someone pretending to be Attila the Hun in a ridiculous set and costume. He shouts nonsense at a "scribe," which the scribe then relays in English as supposedly conservative policies that Loeffler and Attila share: attacking China and "big government," for example. In a thinly veiled and menacing threat to the press, one of the orders turns out to be "eliminate liberal scribes." Just more casual threats of violence to the media from the Republican Party, as we've come to expect.

"I can't believe this Kelly Loeffler ad is real," said Journalist Yashar Ali. "It's like a bad ad for an underfunded congressional campaign, not a super wealthy US Senate candidate."

Of course, one reason why lawmakers pull these kinds of stunts sometimes is because it attracts attention. That can be good for a campaign even if the attention is negative because it keeps your name on voters minds. And you might anger the right people. If that was the goal, it may be working.

But it can also come off desperate, embarrassing, and amateurish. For someone like Loeffler who doesn't already have year of built-up good will with voters, it may not be the best tactic.