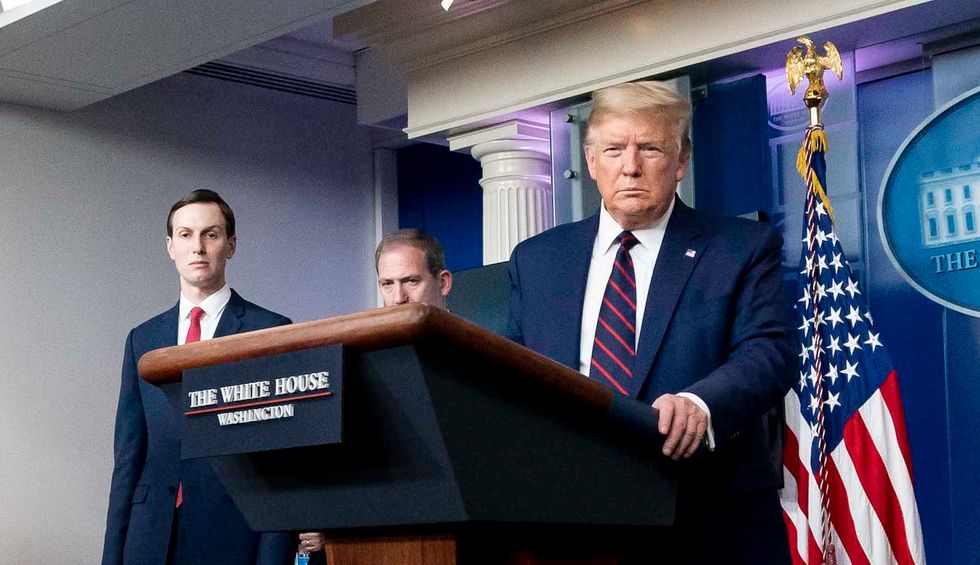 As the U.S. Covid-19 death toll passed 200,000 on Monday, the Government Accountability Office published a report arguing that "timely and concerted federal leadership will be required" to respond to the challenges posed by the combination of an already-strained public health system, the current hurricane season, and the upcoming flu season—an urgent wake-up call coming hours after President Donald Trump gave his pandemic response a "perfect grade."

The GAO acknowledged the significance of federal assistance allocated by Congress and the White House and made several recommendations for "improving the ongoing federal response" in light of the reality that "the nation faces continued public health risks and economic difficulties for the foreseeable future."

Because a medical supply chain with high international demand and low U.S. production has led to shortages of some types of personal protective equipment and testing supplies—which have contributed to longer wait times for testing results, delays in timely tracing and isolation, and therefore worse outbreaks—the first recommendation made by the GAO is to "mitigate supply chain shortages" through better planning and management.

Second, the GAO recommended that the Department of Health and Human Services (HHS), with support from the Department of Defense, prepare a well-coordinated national plan for the distribution and administration of a Covid-19 vaccine.

The GAO also recommended that the Centers for Disease Control and Prevention (CDC) take steps to improve Covid-19 data collection by: retroactively aggregating information about cases and deaths in nursing homes dating back to January 1, 2020; ensuring "the complete and consistent collection of demographic data;" and comprehensively assessing "the long-term health outcomes of persons with Covid-19, including by race and ethnicity."

In response to the finding that possibly 8.7 million or more individuals who are eligible for economic impact payments have not yet received them and could miss out due to subpar Treasury Department and Internal Revenue Service (IRS) record-keeping, the GAO recommended that the Treasury and IRS update its estimate of eligible recipients in order to help target outreach.

The GAO also encouraged the CDC to "ensure that, as it makes updates to its guidance related to schools' operating status, the guidance is cogent, clear, and internally consistent."

In addition, the watchdog agency urged HHS to quickly address its cybersecurity weaknesses in light of what it described as heightened cybersecurity threats.

"Instead," Clyburn said, Trump "has downplayed the threat, cast doubt on the science, and failed to lead—resulting in the death of 200,000 Americans."

Commentators tried to put the figure into perspective—equating it with the entire population of the city of Akron, Ohio, and stressing the extent to which such a high death toll could have been prevented.

Others focused on what can still be done to avoid an even worse situation this fall and winter.

Clyburn echoed the GAO's insistence that "we need 'timely and concerted actions' to contain this virus," and he urged the Trump administration "to heed GAO's nonpartisan recommendations and finally show some leadership to protect Americans' lives."