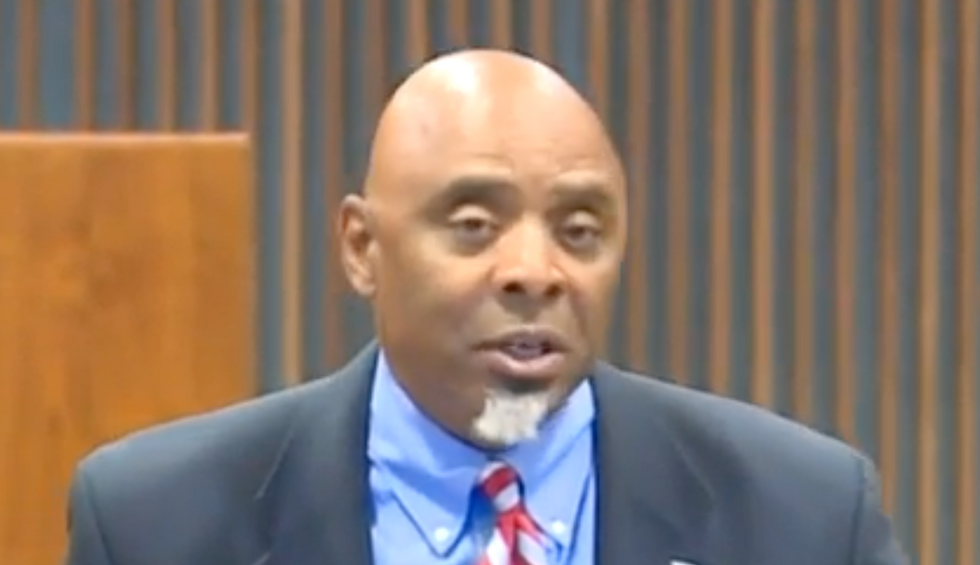 Calls to end racial injustice continue across the country following the brutal murder of George Floyd, an unarmed Black man who was killed by the police. Floyd’s death has sparked a global movement and brought awareness to other violent deaths. While protesting racial injustice in Omaha, Nebraska, a young Black man was killed by a white bar owner on May 30. While police took the bar owner, Jake Gardner, into custody for shooting and killing 22-year-old James Scurlock, Gardner did not face any charges. Prosecutors of the case argued that evidence depicted that Gardner was acting in self-defense, Daily Kos reported.

On Tuesday, three months after the incident, a grand jury charged Gardner, a man with a history of violence, for killing Scurlock. In total, Gardner faces charges of manslaughter, use of a firearm in commission of a felony, attempted first-degree assault, and terroristic threats. If convicted Gardner could face up to 95 years in prison, the Omaha World-Herald reported.

“I’m more anxious now than when I was flying to Iraq,” Gardner told ABC News affiliate KETV, prior to the charge announcement.

The decision to charge Gardner follows community outrage over the decision of local prosecutors to not initially charge him. This national outrage led to the appointment of a special prosecutor, Frederick Franklin, who looked into the case more thoroughly. Douglas County Attorney Don Kleine chose not to initially charge Gardner because he concluded Gardner fired in self-defense after Scurlock jumped on his back following a group altercation. He also shared video footage, which he alleged did not include any racial slurs in the audio, as bystanders had said they heard.

During the news conference Tuesday, Franklin noted that he initially thought he would come to the same conclusion as Kleine, but more evidence was found in recent months, including evidence related to activities Gardner was partaking in prior to coming in contact with Scurlock. He added that Kleine should not be criticized for not pursuing charges earlier.

“That evidence can reasonably be construed as an attempt to use a firearm for purposes of killing someone,” Franklin said. While the evidence was not described, Franklin confirmed to the Daily Beast that material from Gardner’s cellphone, Facebook Messenger account, and a video from inside his bar was provided to the grand jurors. Additionally, investigators interviewed at least 60 witnesses. While the video did depict Scurlock jumping on Gardner and the two in a scuffle, Franklin shared that newly obtained evidence since the initial investigation “undermines” that Gardner was acting in defense. “And that evidence comes primarily from Jake Gardner himself,” Franklin said.

Despite accusations by Gardner’s relatives and some employees that he is racist, the case was not charged as a hate crime, the Omaha World-Herald reported. “There’s been discussion about whether Jake Gardner is a racist,” Franklin said. “I’m not commenting on whether or not that evidence was presented to the grand jury. … Being a racist is not against the law.” Commenting on the allegations of racism against him, Gardner told the Omaha World-Herald that neither he nor his father are racist. “My family has never said or acted negatively towards anyone based on their skin color or anything of that nature,” he said. But while Franklin did not blame Kleine for his inability to charge Gardner earlier, the Scurlock family attorney, Justin Wayne, expressed otherwise. Wayne called Kleine’s decision a “rush to judgment” and double standard despite Kleine claiming he did not fear a grand jury and was open to it.

“These are not easy decisions,” Kleine said Tuesday. “We make them on a daily basis. When you’re talking about the death of an individual, there’s a lot of emotions, a lot of things that come into play. … We petitioned for this grand jury; we were not afraid of it. They made a decision and we’ll see what happens.”

Speaking about the decision to charge Gardner, Wayne said that “while this family is thankful,” this moment is not a time for celebration. “It was their brother, his son, that lost his life,” he said. “It’s also kind of a disappointment, a reminder, that it was a tale of two cities.”

Now that Gardner has been charged, he will have to either turn himself in or face an arrest warrant, Franklin said. His case will move to trial in which Franklin will serve as the prosecutor. While Gardner is finally being charged, this case depicts the inequality prevalent in our justice system. Without petitioning for a grand jury and public outrage calling for a special prosecutor, the Scurlock family was granted no justice despite investigations. “The fact of the matter is, if you’re black growing up in Omaha, and you brandish a gun, and you run from the cops, and you threaten somebody, you don’t walk away with a $200 fine for disorderly conduct,” Wayne said.

Gardner, an ex-marine, has a long history of arrests and criminal charges and despite this walked away with no charges after murdering Scurlock. Had he been a man of color the situation would most likely have played out very differently.“This isn’t about being vindicated,” Wayne said. “It’s about justice,” James Scurlock II, Scurlock’s father said.