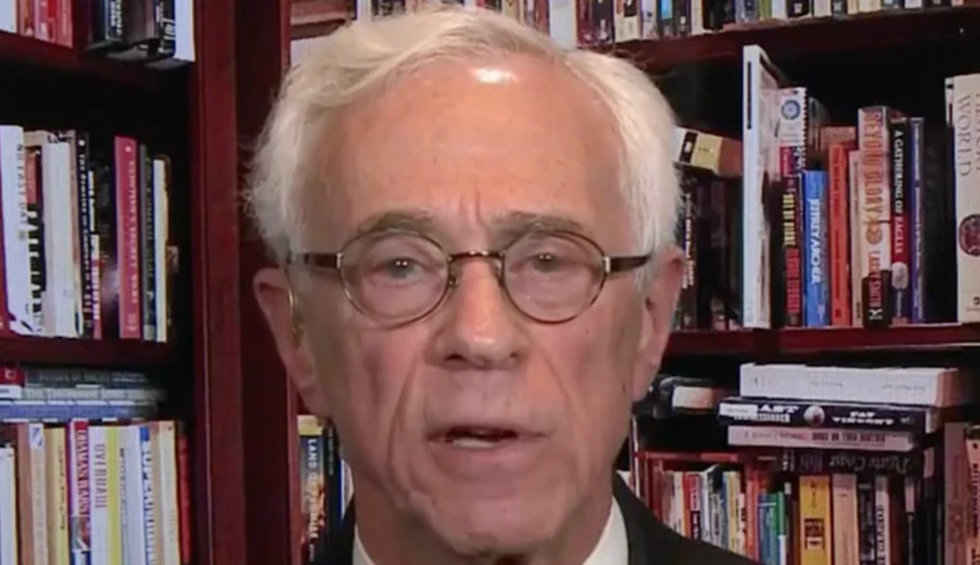 Asked to respond to reports that Donald Trump has slurred American military dead as “losers and suckers,” a Medal of Honor recipient told an MSNBC host that he was not surprised at the accusations levied against the president and added that he has heard similar claims from friends who are still in the military and have had interactions with the president.

Speaking with host Chris Jansing, Retired Army Col. Jack Jacobs who saved lives of 14 allied soldiers who were pinned down in the Vietnam War while wounded himself, made no bones about how he feels about the president who received several questionable deferments during the war.

“You were awarded the Medal of Honor for saving 14 lives on the battlefield in Vietnam,” Jansing began. “How do the president’s alleged remarks strike you personally?”

“Well, it cuts deeply,” he began. “Let me just say at the outset that the president has said so many things that are fallacious, outrageous, hyperbolic, that they now fail to shock anymore. Maybe [GOP consultant] Rick Tyler is correct and this will resonate and maybe it will resonate not just with military people but with the large majority of Americans who support the military, who understand what the military does and what the military has been doing since the inception of the country for our freedom.”

“But the president has said so many things that are outrageous that now it almost fails to shock, and it would be interesting to see what is the fallout, if any, from this,” he continued. “I’ve spoken to a lot of people who work directly for the president who reiterate exactly what Jeffrey Goldberg said in that article, who said the president has no respect for people in uniform, no respect for people who have served and, most significantly, does not understand the notion of being part of something that’s larger than yourself.”

Paul Krugman: How Democrats can 'limit the damage' when House Republicans 'behave badly' in 2023