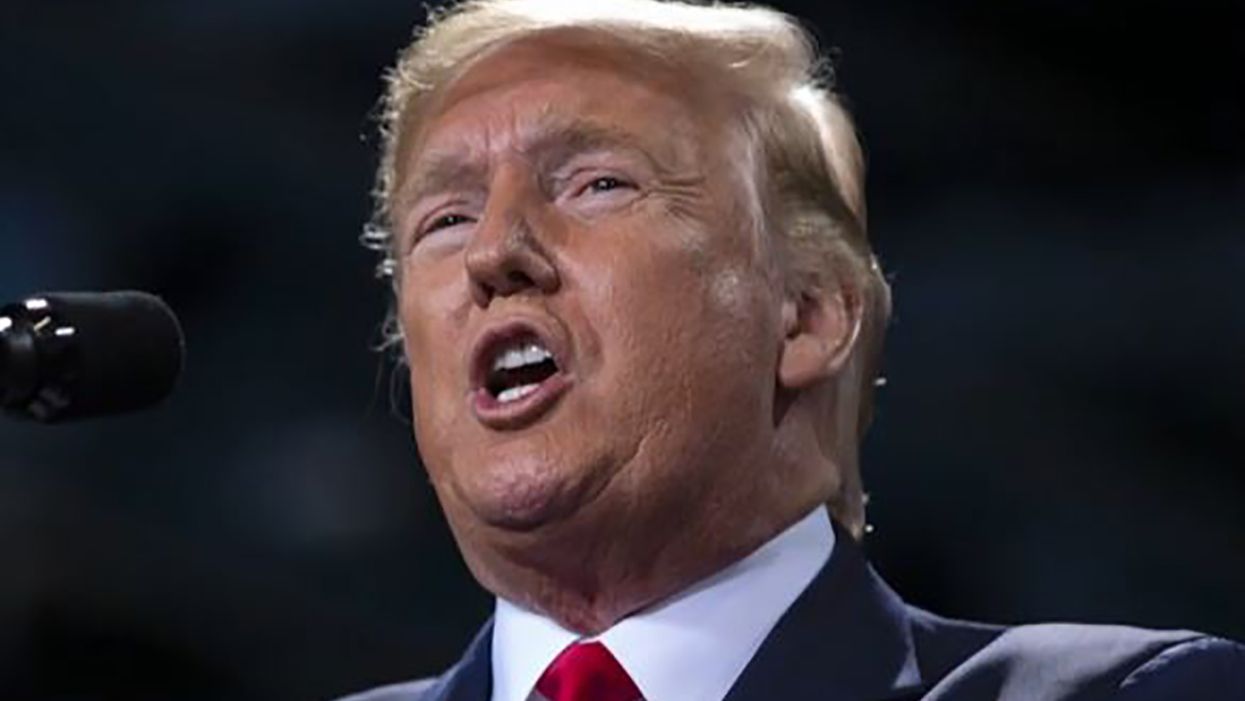 In a candid interview for the Daily Beast's "New Abnormal" podcast, Lincoln Project co-founder Mike Madrid stated that Donald Trump will flounder about on stage on Tuesday night when he debates Democratic presidential nominee Joe Biden.

With both Madrid and podcast host Rick Wilson laughing uproariously at the idea that the president would be going through pre-debate prep, Madrid said the president's greatest weakness — uncertainty — would be on full display on Tuesday.

Regarding Trump readying himself for the debate, Madrid said, "Look, I'm sure they'll schedule it, run a few things by him and he won't pay attention."

"Here's what I think Trump's biggest weakness is in the debates," He continued. "The fact that you're not going to have a live audience is really going to destabilize him. He doesn't need a big one, he just needs a handful of people who will give some sort of group cackling or group response. Without that, that is where Trump is at his worst."

"Recall in the past month or so when he did these one-on-one interviews with journalists," he continued. "He has literally no gauge when he is not getting some sort of feedback from others over whether he is going off the rails or whether what he is saying is smart or stupid or coherent or whatever it is."

"He literally needs the feedback and the larger the crowd, the more comfortable he is with his P.T. Barnum persona," Madrid added. "Without that he's going to be wandering around like a goat in the wilderness."

You can listen here: