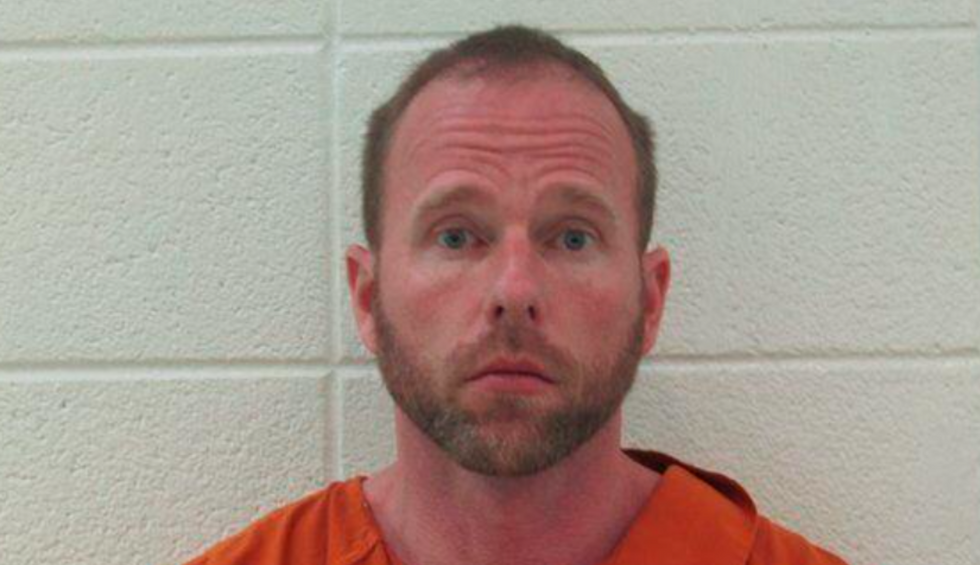 State Rep. Robert S. Goforth (R-Ky.) is facing assault charges for the strangulation of a woman just months after working with his colleagues to advance a bill that would make it easier for strangulation cases to be prosecuted.

The embattled state representative has been charged with one count of first-degree strangulation and one count of assault in the fourth degree, reports the Corbin Times-Tribune. Initially, he also faced a third-degree charge of terroristic threatening.

On April 21, the woman went to London’s 911 Dispatch Center where she requested to speak with a sheriff regarding an incident of domestic. According to the woman, an argument over her cell phone escalated to a physical altercation. When she refused to unlock her phone, Goforth allegedly became violent and struck her in the forehead. The arrest citation also notes that the woman had visible scarring, including brusises and a knot on her forehead.

At one point, the woman stated that Goforth went into the kitchen and found an Ethernet cord in a draw. While she was faced toward the ground, Goforth allegedly used the Ethernet cord to strangle her from behind. After she conceded and agreed to unlock her phone, the woman claimed she was allowed to leave Goforth's home and that is when she went to the police station.

The woman filed for a Emergency Protection Order (EPO) and Goforth was arrested. He was held at the Laurel County Correctional Center but released several hours later on a $25,000 bond.

Following Goforth's arrest back in June, Kentucky Republican leaders opted not to directly address the situation. Kentucky House Speaker David Osborne (R) released a statement at the time but opted not to name Goforth, specifically. Instead, he opted to prioritize human life as he condemned domestic violence.

“While we reserve comment on this specific situation, the House Majority Caucus unequivocally denounces any form of domestic violence and has zero-tolerance for it or its perpetrators,” Kentucky House Speaker David Osborne (R) said in a statement at the time, according to WKMS. “A society that values human life must also condemn domestic abuse."

Kentucky's Democratic leaders have deeply criticized Goforth considering his work to help pass a bill to prosecute similar types of cases. According to the Herald-Ledger, Marisa McNee, a spokeswoman for the Kentucky Democratic Party, released a statement calling for Goforth to resign and drop out of the upcoming election.

“This is not the first time a victim of Mr. Goforth’s violent assaults has come forward," McNee said. "Republican Leadership has ignored this for far too long, it is time for them to take action. Goforth needs to go.”