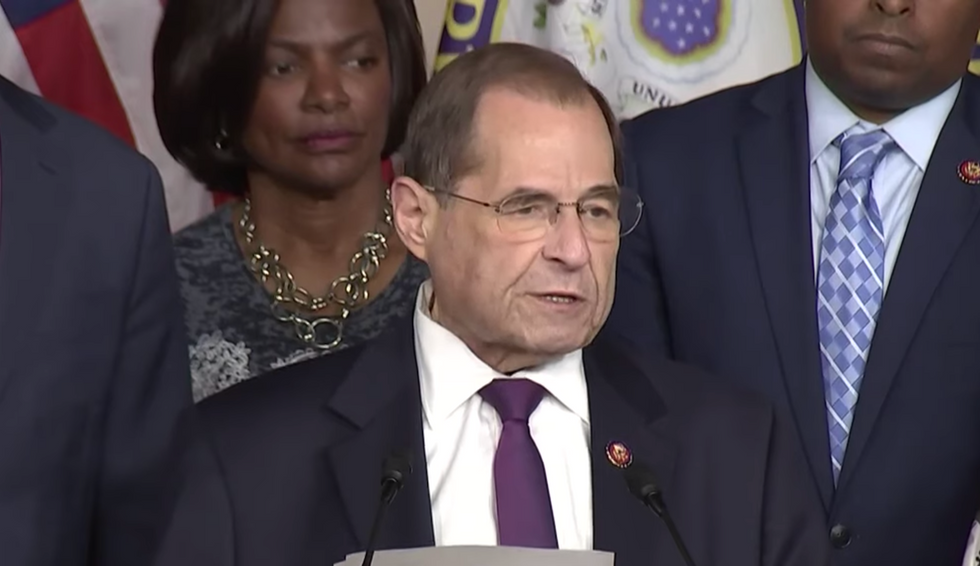 Drug policy reform advocates are celebrating this week after Democratic leaders confirmed the U.S. House will take up historic legislation to decriminalize marijuana at the federal level by removing it from the Controlled Substances Act.

House Majority Leader Steny Hoyer (D-Md.) said Tuesday that the Democratic-led House will consider the Marijuana Opportunity Reinvestment and Expungement (MORE) Act the week of September 21, after a leaked email to lawmakers said last week that the House was "expected" to take up the bill.

The MORE Act, which is sponsored by Rep. Jerrold Nadler (D-N.Y.) in the House and has 93 co-sponsors, would require federal courts to expunge prior marijuana-related convictions and arrests and would ensure that legal cannabis dispensaries are not the only beneficiaries of marijuana legalization.

The bill would authorize lawmakers to assess a 5% sales tax on marijuana products, with the revenue creating an Opportunity Trust Fund to support people who have been adversely affected by the War on Drugs, through federal grant programs.

"Passage of the MORE Act is essential in order to truly right the wrongs of federal marijuana criminalization, and to once and for all allow the majority of states that have legalized cannabis for either medical or adult-use to embrace these policies free from the threat of undue federal prosecution or interference," Paul Armentano, deputy director of the National Organization for the Reform of Marijuana Laws (NORML), said in a statement.

Democratic lawmakers and candidates including progressive activist Cori Bush, who is running to represent Missouri's 1st congressional district, expressed their support for the legislation on social media.

For too long marijuana laws have been selectively enforced against people of color. I look forward to voting in sup… https://t.co/3XqLhNVl72
— Rep. Frank Pallone (@Rep. Frank Pallone) 1598892251

Both bills are the result of years of activism by the Marijuana Justice Coalition, a group of drug policy, civil rights, prison reform, and other advocacy organizations which have worked to convince lawmakers that decriminalizing marijuana—not just allowing cannabis dispensaries to operate—is necessary to begin repairing the damage done by the War on Drugs, which saw more than 600,000 Americans arrested for marijuana possession in 2018 alone. Black Americans are nearly four times as likely as white Americans to be arrested for marijuana possession, despite both groups using marijuana at roughly the same rate.

While the SAFE Banking Act was a crucial moment in the decades-long fight against prohibition, Queen Adesuyi, a policy manager for the Drug Policy Alliance (DPA) told Common Dreams, the organization saw the bill as "a Band-Aid" while the MORE Act will make history by "descheduling" marijuana and ending its classification as a controlled substance.

"When we think about victories and history, I would say that the passage of the MORE act...a bill that actually deschedules marijuana and addresses the harms to communities most adversely affected, is absolutely history," Adesuyi said.

The DPA feared last year that the passage of the SAFE Banking Act would mark the beginning and the end of the 116th Congress's efforts to pass marijuana reform, and the fact that the House is taking up more ambitious legislation is "a testament to how tireless the coalition has been" since it began in 2018, Adesuyi said.

"We convened the Marijuana Justice Coalition ahead of the election, ahead of the understanding that Democrats would take over the House, which would present a really important opportunity to try to pass marijuana reform that's actually really rooted in racial justice and criminal justice reform," Adesuyi explained. "And we worked since then with the chairman of the Judiciary Committee, Jerry Nadler, to work on this bill. So we have been involved from its inception to now. And we've been working to get this bill to the floor and gratefully, despite everything that's been going on this year, we've still managed to do that."

Adesuyi believes the coalition was helped by the fact that public opinion regarding marijuana legalization is far ahead of many powerful lawmakers on both sides of the aisle, including Democratic presidential candidate Joe Biden.

A recent poll by progressive think tank Data for Progress showed that 60% of Republicans support the version of the MORE Act introduced in the U.S. Senate by vice presidential candidate Sen. Kamala Harris (D-Calif.) in 2019.

The poll also found that 69% of Democrats, 41% of independents and 54% of Republicans believed the use and sale of marijuana should be legalized at the federal level.

"This is an issue that American voters across the aisle support and rally around," Adesuyi said. "And it speaks to the moment that we're in where folks are calling for changes to the status quo."

Now that the MORE Act is being sponsored by a candidate for the second-highest office in the U.S., and as both Republican and Democratic lawmakers in the House have committed to backing the legislation this month, the DPA and other advocates are hopeful that real marijuana reform benefiting those most affected by the War on Drugs could be around the corner.

"This bill meets the political moment, and it also happens to be an incredibly bipartisan opportunity," said Adesuyi. "I'm ecstatic that Democratic leadership in Congress is seeing the writing on the wall and are not willing to leave communities behind."