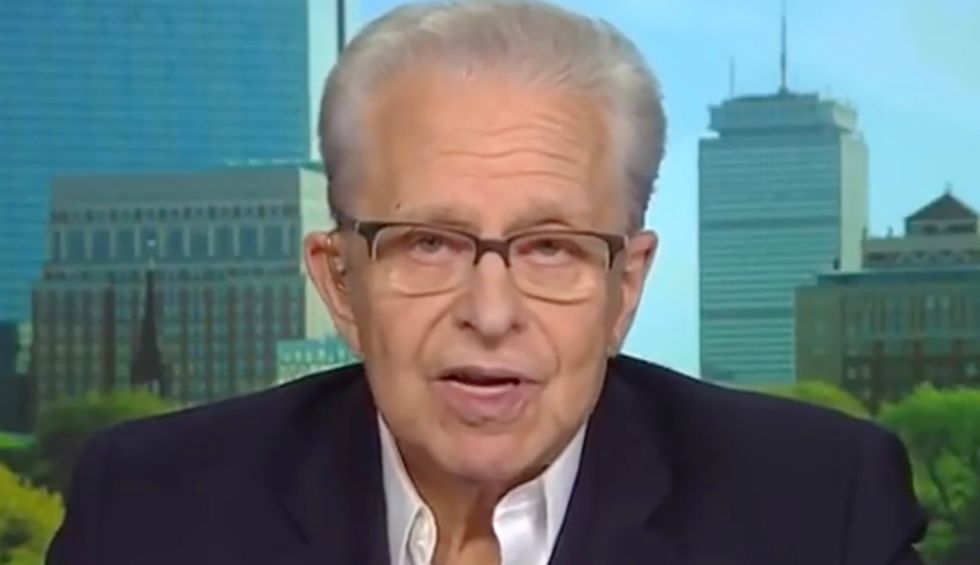 After spending months making the baseless claim that mail-in voting is bad because it promotes voter fraud, President Donald Trump encouraged voter fraud this week when he recommended that voters in North Carolina vote twice in order to test election security in that state. Laurence Tribe, a professor of constitutional law at Harvard University, called out the utter lunacy of Trump’s suggestion by pointing out that breaking into a bank to test its alarm system would be a major crime.

Speaking at the Wilmington International Airport in North Carolina, Trump suggested that voters mail in their ballots and then see if they can also vote by mail after that — which, he argued, would be a good way to test election security.

“So, let them send it in and let them go vote — and if their system’s as good as they say it is, then obviously, they won’t be able to vote,” Trump said. “If it isn’t tabulated, they’ll be able to vote.”

Pres. Trump appeared to suggest that his supporters should commit voter fraud by attempting to vote both by mail an… https://t.co/6UVWwPA5fw
— NowThis (@NowThis) 1599084439

Of course, voting by mail and then trying to vote in person in the same election is flat-out illegal. Tribe, on Twitter, posted that “I was just testing whether this state can detect voter fraud when I showed up to vote a second time” would be “about as good a defense as ‘I broke into the bank just to test whether it has a good alarm system.’”

Tribe wasn’t the only legal expert or political voice to weigh in on Trump’s very bad recommendation. Here’s what others had to say on Twitter:

Turns out, in fact, criminal voter fraud exists In North Carolina, it's "unlawful...for any person with intent to… https://t.co/apga0RYYPe
— Neal Katyal (@Neal Katyal) 1599096414

How is it Trump’s idiocy & lawlessness can still shock the conscious? He’s encouraging citizens to break the law.… https://t.co/6r5hRNr6gf
— Glenn Kirschner (@Glenn Kirschner) 1599086997