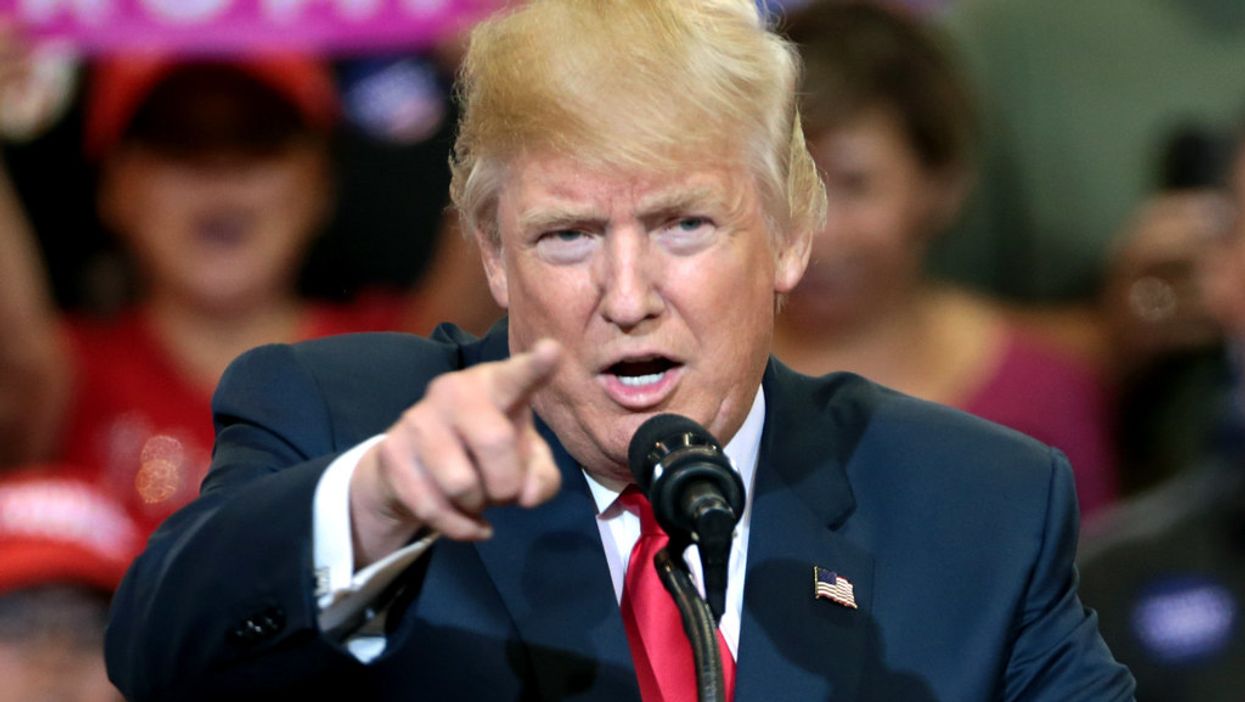 After months of contentious debate at long distance due to the ongoing coronavirus pandemic, President Donald Trump will stand beside Democratic rival Joe Biden on stage for the first debate of the 2020 cycle on Tuesday night in Cleveland. The much-anticipated face-to-face matchup will set in motion the final countdown to one of the most consequential elections in modern history.

Members of the two candidates' inner circles predict that the winner of debate night will be decided by contrasts of competence and character, and they view the competition as Biden's to lose. Salon reached out to a number of Trump and Biden associates — as well as campaign veterans, including Omarosa Manigault-Newman, Michael Cohen, A.J. Delgado and Philippe Reines — to find out how each candidate can come out on top.

Each interview painted a portrait of an incumbent on shaky ground, one who's as unsure of his opponent as he is of himself. Although the themes of this election cycle are nothing like 2016, Trump has done little but remix his winning formula from four years ago. Given Trump's state of mind, Biden should not feel pressure to overperform, according to the group of insiders who spoke with Salon. Instead, the former vice president needs to stick to the issues, offer a competing vision of leadership and allow the contrast to speak for itself.

Philippe Reines, the longtime Democratic strategist who played the role of Trump in 2016 during Hillary Clinton's debate preparation, told Salon that Biden needed to keep top of mind that the president was "the most predictable, unpredictable person."

"After four years now, there are a million people who can impersonate Donald Trump, but if you don't know Joe Biden, that doesn't do much good," he said. "But remember that Trump is the most predictable, unpredictable person. In 2016, I told the Clinton team that 100% of what I'm about to say is going to sound insane, but 95% of it are the things he says all the time. Five percent he has said before but doesn't repeat often, and only the last 5% is my guessing of what he might say."

Reines also pointed out that the debate could have several significant contextual differences from 2016, chiefly the fact that outside of press conferences and a few fairly soft interviews, Trump has not had personally faced a sustained public challenge of his record over the last four years.

"Trump only has his rants, his rallies and his press conferences" to draw on, Reines said. Of contentious exchanges with reporters, "hardly any of it is a debate," and Trump "often ends press conferences in the middle of a question by walking out of the room."

Given this record, Reines found it shocking that some pundits still predict that Trump could deliver a competent performance.

"Everything about him debating is a f**king mess," he said. "It's 2020. We've been through this for four years now, and I really hope there are no humans left on the plant who are saying, 'Will tonight be the night? Will he be presidential?'"

"If you just plug in the guy we've all seen on TV for the last four years, take that guy and plug him into an audience a thousand times larger than what he's had on cable news — that's not going to go well for him," Reines said.

Former Trump 2016 campaign adviser A.J. Delgado said Trump no longer had a fastball to pitch. Instead, 2020 is "Trump Campaign: The Remix."

"Trump is losing. He knows it. His campaign knows it, so he's under a lot of pressure to turn the tide," she said. "He'll try to obfuscate tonight and turn the conversation to non-issues and fluff."

"And the campaign itself is so desperate now that it's resorting to tweeting conspiracy theories about Biden wearing an earpiece — it's the same thing we tried with Hillary in 2016," she added. "He has the most low-energy campaign team in history, with no new ideas, so we get what we're seeing now: 'Trump Campaign, The Remix.'"

Former Trump campaign aide and White House adviser Omarosa Manigault-Newman shared the same view: Trump will not be able to stand on his own record.

"Trump will probably be very aggressive and try to make Biden look weak in contrast," she told Salon. "He will not discuss policy specifics but will rely on personal attacks and falsehoods."

Manigault-Newman also highlighted a few area where she viewed Trump as particularly weak.

"Trump will be reluctant to talk about Russian bounties, lack of a health care alternative and his disastrous COVID response," she predicted. "Oh, and of course, taxes. He will stick to his audit lie."

Trump's former personal attorney Michael Cohen appeared to agree on that front. He told Salon that Sunday's bombshell New York Times report about Trump's tax returns — which revealed that the president, who brags about his billions, paid only $750 in income tax in 2016 and 2017 — is probably taking up valuable psychological space.

"Donald Trump's financial records are the Rosetta Stone for understanding the depth of his corruption and crimes, and the more it is unraveled the more he will unravel," Cohen said. "It's the reason he's fought so hard to keep it under wraps: His entire image and self-worth is based on an inflated financial worth."

Reines said that Trump while Trump's tax answers might be misleading, he has rehearsed for this moment for years.

"His tax response is particularly refined. It was the easiest response for me to simulate in 2016, and it was really near impossible to get over," Reines said. "Not because I was doing it well, but he just had it down."

Moderator Chris Wallace may "press him on it, and he'll call it fake news, say that he's paid hundreds of millions of dollars in taxes over the years, which obviously isn't true, but he can fudge it a bit," Reines added. "Everyone thinks he's going to collapse at the tax question, but he probably won't."

Delgado contended that Trump was hurting from a dearth of campaign veterans who had lost control of an already-erratic candidate.

"There's no preparing him and, to be frank, he doesn't have top brass, top talent available to prep him anyway," she said. "We can already see they have nothing. They're out on social media tweeting lazy memes and questions like, 'Where's Hunter?' Look: No one cares about Hunter."

"And it's foolish, anyway, to open up that door to discussion of Ivanka's Chinese trademarks, Jared's inability to obtain security clearances, the Trump Organization's foreign entanglements and on and on," she said.

Longtime Biden confidant and Democratic strategist Moe Vela, the first Latino to hold two senior White House roles — during the Clinton and Obama administrations, when he served as director of administration for then-Vice President Biden — told Salon that the Democratic candidate's mission tonight was to showcase those contrasts.

"Knowing the vice president — having worked for him, what you're going to see tonight is another high-profile contrasting event," Vela said. "He's going to take this opportunity with a huge audience to demonstrate the contrast of leadership styles, of demeanor, dispositions, the way they carry themselves. Steady-as-he-goes Joe Biden versus the petulant, petty bully of Trump. Trump can't help himself. He'll pull it all out, but there's going to be an adult in the room."

Asked whether Trump would be able to throw Biden off his game with insults, given cryptic allusions to a "guest list" and Trump's baseless allegations that Biden was taking drugs to boost his cognition, Vela dismissed the idea out of hand.

"I know Joe well enough to say he won't be bullied. It's not in his nature to be victimized, and on behalf of all people who have been bullied, he won't allow that," Vela said. "But he won't get into the name-calling and the ugliness."

"Joe will instead focus on sharing with the American people his plans for the future — what he will do to get us out of the mess the other guy on stage got us into," he added. "Let him be the good debater he is, and that will in itself dispel this ridiculous notion."

Reines agreed, adding that while voters likely desired civility and sobriety, it did not mean that they wanted to see Trump's opponent turn the other cheek.

"If I were advising, in a perfect world, Biden opens up by saying, 'Thank you Chris [Wallace], and thank you Case Western University for hosting us. I now yield the rest of the evening to my opponent.'"