Former model says Trump sexually assaulted her at 1997 US Open 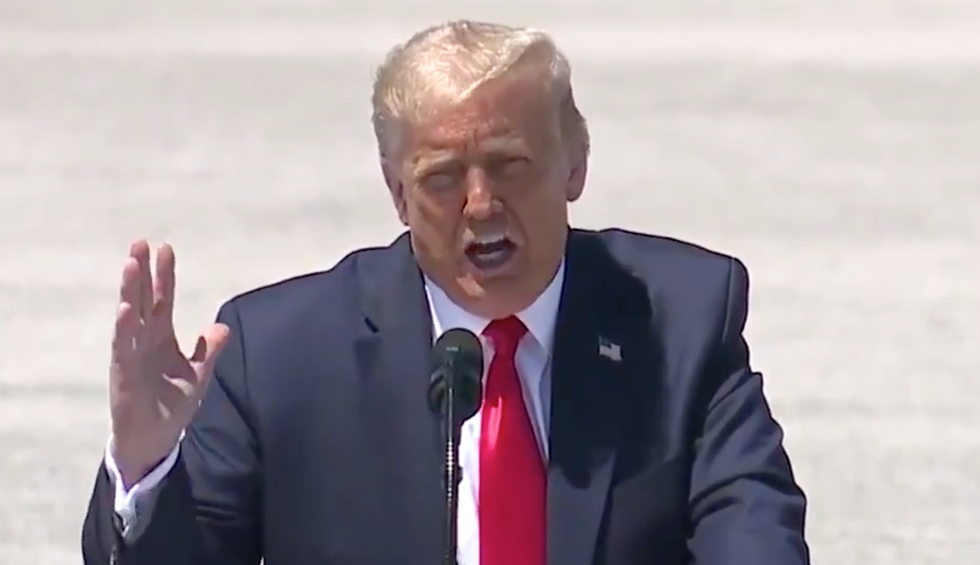 At a time when former Elle columnist E. Jean Carroll is still accusing President Donald Trump of sexual assaulting her in the 1990s, another woman has come forward with similar allegations against the president. Amy Dorris, a former model, has alleged that Trump assaulted her at the 1997 U.S. Open tennis tournament in Queens.

Dorris, who was 24 at the time and is now 48, told The Guardian, “He just shoved his tongue down my throat, and I was pushing him off. And then, that’s when his grip became tighter — and his hands were very gropey and all over my butt, my breasts, my back, everything.”

Dorris alleged, “I was in his grip, and I couldn’t get out of it. I don’t know what you call that when you’re sticking your tongue just down someone’s throat, but I pushed it out with my teeth. I was pushing it, and I think I might have hurt his tongue.”

A photo from 1997 shows Dorris sitting next to Trump, who was 51 at the time. The Guardian’s Lucy Osborne reported, “Dorris said the alleged assault occurred when she got up to go to the bathroom, which was hidden behind a partition wall just meters from where Trump’s guests were watching the tennis.”

Dorris alleged that she told Trump, “No, please stop” but that “he didn’t care.” The former model told the Guardian, “I just kind of was in shock. I felt violated, obviously. But I still wasn’t processing it and just was trying to go back to talking to everyone and having a good time because, I don’t know, I felt pressured to be that way.”

Dorris also told the Guardian that she was in New York City during the 1997 U.S. Open with Jason Binn, who was her boyfriend at the time and was a close friend of Trump. She alleges that she told Binn to ask Trump to leave her alone, telling her then-boyfriend, “He’s all over me. I can’t deal with this. You have to do something.”