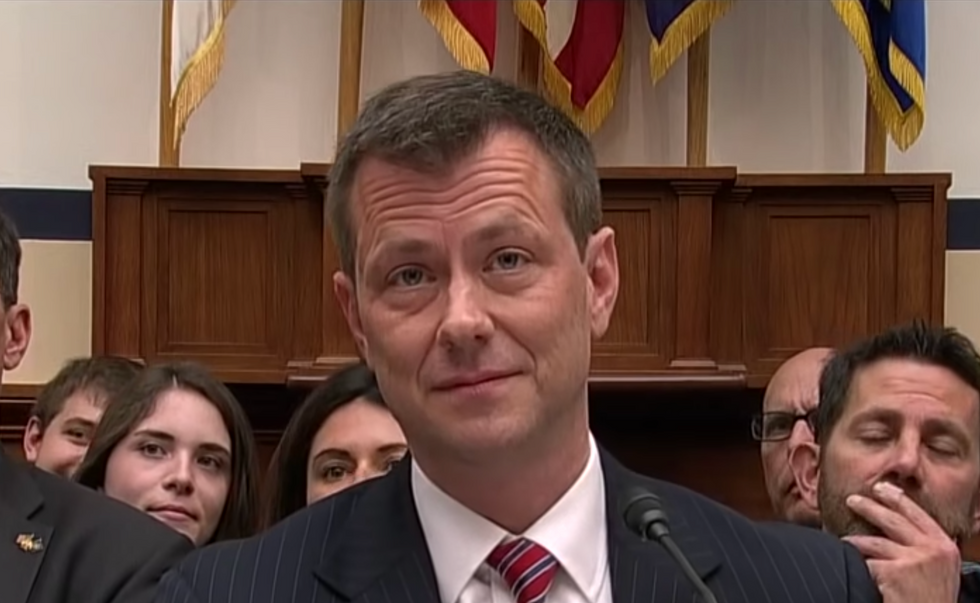 Former FBI agent Peter Strzok — who was removed from former Special Counsel Robert Mueller’s Russia investigation in July 2017 because of texts critical of President Donald Trump and fired by the FBI in 2018 — is still under fire from Trump’s sycophants. They will insist that his new book, “Compromised: Counterintelligence and the Threat of Donald J. Trump,” has no validity.  But it won't keep him quiet.

Outside of the Trumpian bubble, those who followed Mueller’s probe carefully will want to hear what Strzok has to say — even if they are critical of some of his actions. And Strzok maintains that Trump, as the book’s title indicates, was “compromised” during the 2016 election.

NBC News reporters Ken Dilanian and Hallie Jackson explain that in “Compromised,” Strzok “reveals no new evidence that the president acted as a tool of Russia. But his insider account provides a detailed refutation of the notion that a group of anti-Trump denizens of the Deep State cooked up the Russia ‘hoax,’ as Trump likes to call it, to take down a president they didn’t support. To the contrary, as he tells it, career public servants inside the FBI and the Justice Department were gobsmacked in 2016 by what they uncovered about a presidential campaign that seemed to find unlimited time to meet with Russians, practically inviting exploitation by a foreign adversary.”

Released in 2019, the Mueller Report concluded that that the Trump campaign’s interactions with Russians in 2016 did not rise to the level of a full-fledged criminal conspiracy. But the Mueller Report wasn’t the “total exoneration” that Trump and Attorney General William Barr claimed it was.

Strzok, Dilanian and Jackson note, believes that Trump was “badly compromised” in 2016 even though he didn’t formally conspire with Russians who interfered in the election. According to the NBC News journalists, Trump “was compromised, Strzok writes, because of his questionable business dealings, the hush money paid on his behalf to silence women, shady transactions at his charity and, most importantly, ‘his lies about his Russia dealings,’ including his secret 2015 effort to build a Trump Tower in Moscow even as he told the world that he had no business with Russia.”

Frank Figliuzzi — a national security analyst for NBC News and MSNBC, outspoken Trump critic and former FBI counterintelligence chief — is critical of some of Strzok’s actions but maintains that the Russia investigation he launched in 2016 was totally justified.

“Strzok saw a confirmed threat and moved to investigate it,” Figliuzzi explained. “Sadly, his valid actions have been usurped by his personal conduct and judgment, which caused some to perceive the bureau as political.”