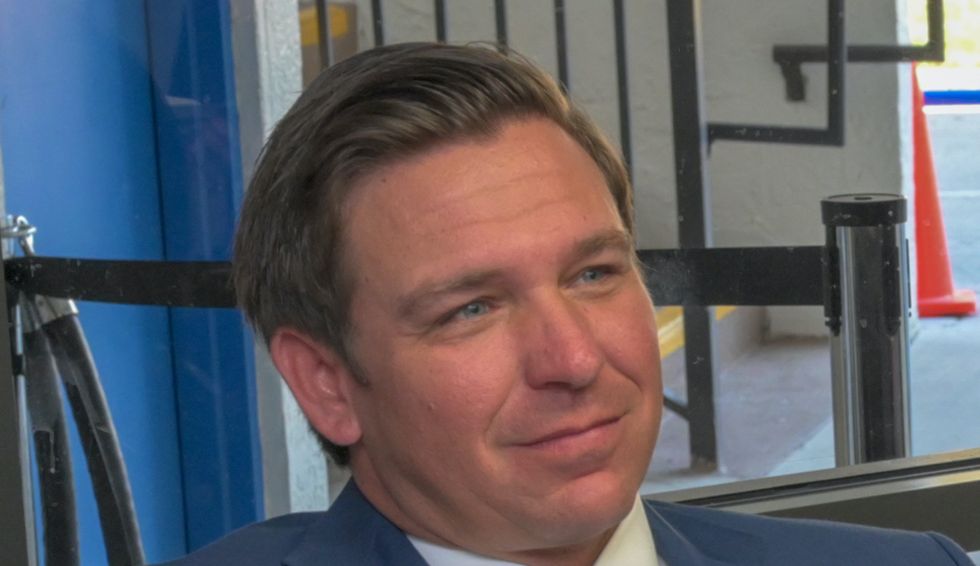 The American Civil Liberties Union joined Florida Democrats on Monday in condemning a proposed bill by Gov. Ron DeSantis that would newly classify certain forms of protest as felonies and impose harsh penalties on some protesters.

Flanked by Republican lawmakers and law enforcement officials at an afternoon press conference in Winter Haven, DeSantis referred to Black Lives Matter protests in Portland, Oregon as he announced the proposed legislation.

"I look at what goes on in Portland. They'll have people, they'll arrest them," DeSantis said. "They're all scraggly-looking Antifa-types. They get their mugshot taken, then they get released. It's like a carousel; on and on it goes."

"That's not going to happen in here in Florida," the governor vowed.

The "Combatting Violence, Disorder, and Looting and Law Enforcement Protection Act" would make it a felony to "obstruct traffic during an unpermitted protest," while absolving motorists of liability for "injury or death caused if fleeing for safety from a mob." It would also make it a felony for anyone gathered in a group of seven or more people "to cause damage to property or injury to other persons," or to "destroy public property" or topple monuments. Jailed protesters will not be granted bail until at least their first court appearance.

The proposed bill levies mandatory minimum prison sentences for striking law enforcement officers, including with projectiles, and contains an enhancement for throwing objects that strike officers or civilians, and for out-of-state protesters who even participate in a demonstration that turns violent.

"Non-violent protest has been a critical and basic principle of this nation, and has repeatedly changed the course of history for the better," said state Sen. Bobby Powell. "The governor's proposal has nothing to do with safeguarding that right. This crackdown is just that—a government sledgehammer to permanently silence opposing voices."

"The governor could not name a single city, a single town, or a single community in Florida that was the victim of violent protests, because there has been none," said state Sen. Perry Thurston. "The governor is attempting to link calls for justice to calls for anarchy, without any evidence to support such a claim."

"This is using a problem from somewhere else to strip the liberty of people in this state to voice their constitutional right to peacefully dissent," added Thurston. "And it's the latest in a long line of efforts to quash the people's ability to demand change when the government refuses to listen."

The ACLU of Florida also condemned the proposed legislation.

"Gov. DeSantis' proposal is undemocratic and hostile to Americans' shared values," said Micah Kubic, executive director of the ACLU of Florida. "This effort has one goal: silence, criminalize, and penalize Floridians who want to see justice for Black lives lost to racialized violence and brutality at the hands of law enforcement."

According to the U.S. Crisis Monitor—a joint project between the Armed Conflict Location and Event Data Project (ACLED) and the Bridging Divides Initiative at Princeton University—over 93% of this year's racial justice protests have been peaceful.