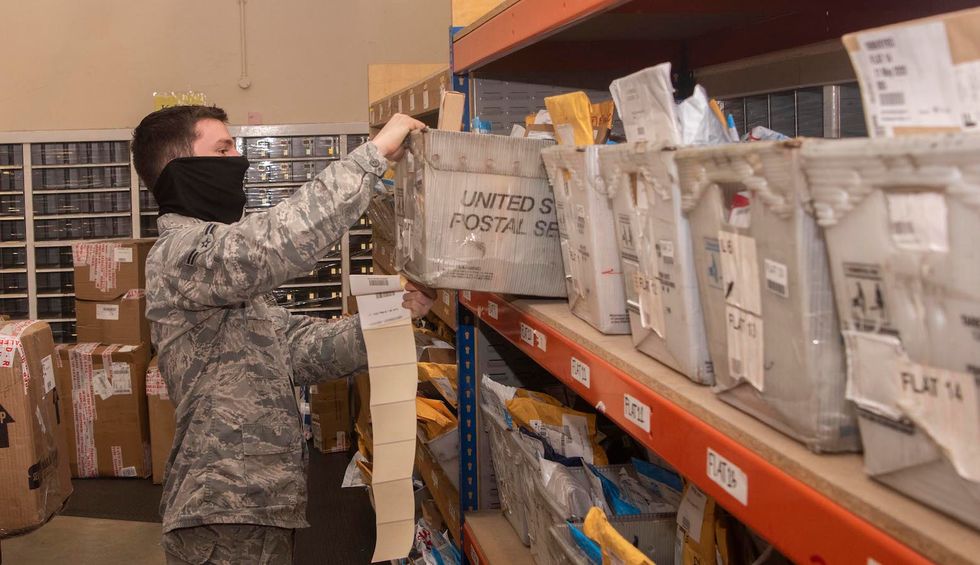 A federal judge late Saturday ordered the U.S. Postal Service to immediately stop sending mailers containing false voting information to Colorado residents, saying he is "deeply troubled" by the decision to distribute the misleading postcards to households across the nation.

"As a result of false information contained in the notice, some Colorado voters may not vote because they erroneously believe that: (1) they must request a ballot at least 15 days before the election; (2) they must mail their ballot at least seven days prior to the election; or (3) they may not vote if they lose their ballot," wrote U.S. District Court Judge William Martínez in a 10-page ruling (pdf) granting Colorado Secretary of State Jena Griswold's request for a temporary restraining order.

"In reality, Colorado voters do not need to request a ballot at any time. Voters who receive a ballot do not need to mail the ballot back at least seven days before the election; they may alternatively deposit that ballot at a drop-box or may choose to vote in person up to and including on Election Day," Martínez continued, describing some of the information on the mailer "patently false."

"The notice, if distributed, will sow confusion amongst voters by delivering a contradictory message," the judge said.

The ruling came hours after Griswold sued Postmaster General Louis DeJoy—a Republican megadonor to President Donald Trump—and other top USPS officials over the mailers, which have already arrived at households in Colorado and other states just weeks ahead of the November election.

While acknowledging the postcards "may have started off as a well-intentioned effort" to inform voters ahead of the election, Griswold tweeted late Friday that "confusing voters about mail ballots in the middle of a pandemic is unacceptable."

As Common Dreams reported Saturday, election officials in California, Washington state, and Maryland have also publicly raised alarm about the postcards, which contain both broad advice on how to vote by mail as well as specific timelines that could mislead residents of states with different rules.

In an emailed statement Saturday as at least five additional states considered suing over the postcards, the USPS said the mailers are intended to provide "general, all-purpose guidance on the use of the mail, and not guidance on state election rules."

"The mail-piece—which has already been delivered to most households and will reach every American residential mailing and P.O. Box address in the coming week—contains a single set of simple recommendations for voters throughout the nation, regardless of where they live and where they vote," the Postal Service said. "At the same time, we are aware that each state has its own specific rules, deadlines and requirements, and the mail-piece acknowledges that fact."

Griswold said Saturday that she urged the Postal Service not to send out the mailers in Colorado due to the misleading information, but her request was denied.

"As the chief election official of the state of Colorado, it's my job to try to stop misinformation and any unnecessary election confusion," said Griswold. "The importance of this election, combined with the fact it is being held amidst a national pandemic, further heightens the need to provide correct voting information to Coloradans."