FBI is sitting on classified intelligence that could destroy Trump: Ex-agent Peter Strzok 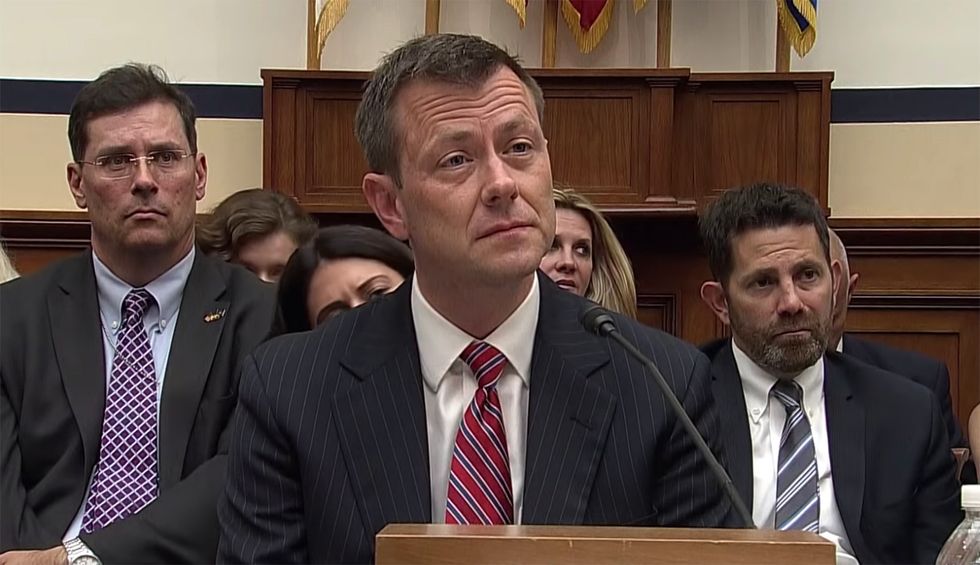 Former FBI agent Peter Strzok says he could have destroyed President Donald Trump during the 2016 campaign, but he was not willing to violate his oath by revealing classified intelligence.

Strzok — who has become a favorite target of the president and his Republican allies — told MSNBC’s “Morning Joe” that he could have destroyed Trump’s campaign with classified information the administration was still hiding from the public.

“Absolutely there are things that are not known that would still be damaging,” Strzok said. “The decision to release that is up to the administration. You’ve seen them declassify material, which unsurprisingly tends to all be helpful to President Trump. There’s a lot of material that simply is classified and that I can’t talk about, but it’s there.”

“The American public has a right to know it, but that is a decision for the administration to do. I can’t go declassifying information,” he added. “I’m going to honor my oath to both the office that I held, as well as the security clearance that I held. That information, the American public deserves it, and the administration, frankly, deserves to have that known, as well.”

Strzok said the FBI knew Trump was lying in 2016 when he denied having financial interests in Russia, but he said the president’s entanglement went much deeper than negotiating a high-rise tower in Moscow.

“If you look at the scope of his businesses relationship to Russia, going back decades,” Strzok said. “If you look at the statement by one of his sons about the disproportionate amount of Russian holdings that represented the Trump financial assets, all of these things speak to an ability of Russian interests, of illicit interests, to hold him under their sway and get him to do things that, frankly, we can’t explain.”

“Why isn’t he speaking out against Russia placing the bounties on the heads of American soldiers in Afghanistan?” he added. “Why isn’t he pushing back against, as you mentioned, the attempted assassination of [Alexei] Navalny? Why is he talking about withdrawing from NATO, from withdrawing 11,000 troops from Germany? The list goes on and on and on. None of these things are in America’s interest, most, if not all, are in Russia’s. It begs the question, why is he doing this? My answer, what I believe is, because there is leverage Russia holds over him that is causing him to act in his rather than America’s national security interest.”