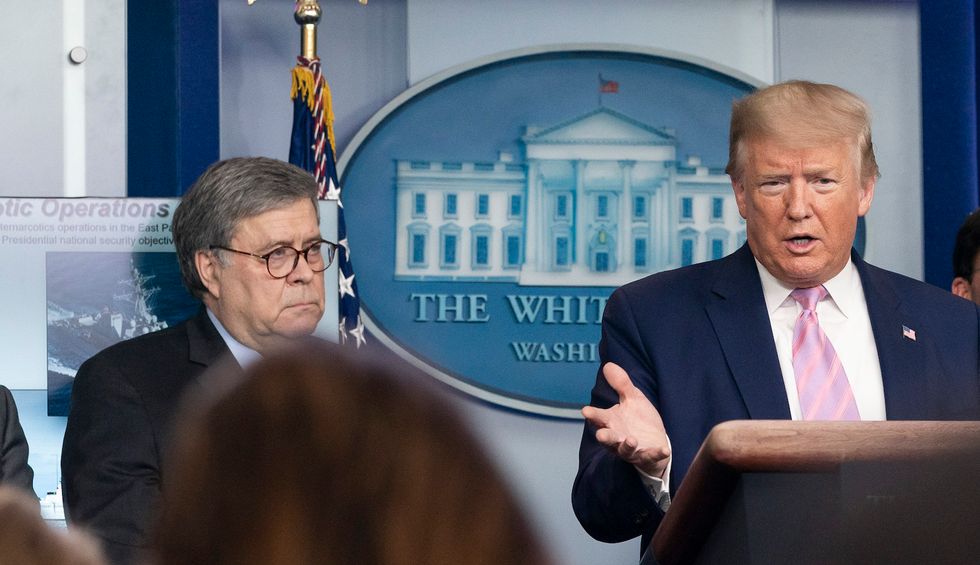 Donald Trump’s reelection strategy has been clear for some weeks—destroy America’s great cities, including deliberately refusing to provide the systems needed to fight COVID-19—then point to the damage he’s done and blame “Democrat mayors.” It’s a strategy that plays directly to Trump’s rural—urban divide, and is inspirational … to people like Kyle Rittenhouse. To people who think that cities are places where they can go and commit murder with impunity, because the folks who live there are not “real” Americans.

For months, Trump has done everything he can to throw gasoline onto protests sparked by demands for an end to racist police violence. He has repeatedly sided with police, repeatedly demeaned protesters, and delivered into the middle of cities camo-wearing troops derived from either the bureau of prisons or the border patrol, whose apparent orders are to keep attacking until they get a response.

Even so, it appears that cities are just not being damaged enough to feed Trump’s campaign strategy. So on Wednesday he decided to turn up the screws again, by deciding to cut off funding to cities and states on the basis of “lawlessness”—a standard to be determined by Trump. This appears to include any city where people are protesting, any city where people are trying to address the problem of police violence, just … any city that Trump chooses. Starting, improbably enough, with New York City.

As The Washington Post reports, Trump approved a memo to defund cities and states that contain “lawless zones” or “anarchist jurisdictions.” With the decision on whether this is the case entirely up to Trump. Funds could be denied to any area that is attempting to restructure public safety in a way that the White House represents defunding the police department, or any city where “illegal protests” are taking place. The memo gives William Barr’s Department of Justice jurisdiction to draw up this list, with a deadline of two weeks.

This attack on cities represents an extraordinary escalation of Trump’s divisive attack on urban areas. Not only would it attack cities for allowing people to express their First Amendment right to protest, it would usurp local authority to an unprecedented degree. Through this memo, Trump is claiming the ability to define how cities or states conduct policing and how they spend their money. It’s yet another declaration of what Trump has said in the past; that he has “ultimate authority” to override Congress, state governments, and local mayors.

And of course, the money that Trump is denying to these cities came from the same cities. These same cities and states provide far more in taxes to the federal government than they receive in return. Trump is threatening to starve locations of their own money. The memo would cut off money used for housing, transportation, and, perversely, law enforcement. To do so, Trump is essentially drafting himself a “line item veto” over funds already allocated by Congress. But even though Trump visited Kenosha, Wisconsin, on Tuesday to lie about visiting a store damaged by fire, the names specifically mentioned in the memo are New York City, Seattle, and Portland, Oregon.

Portland, which was the site of Trump’s latest attempt to deliver a camo-wearing assault force which repeatedly took violent action against nonviolent protesters. On Wednesday, the DOJ dredged up the rarely used charge of civil disobedience against three people in Portland on Wednesday. This is a charge based on a law passed in 1968 specifically to empower action against Civil Rights protesters. The vaguely written law allows the DOJ to cherry-pick specific incidents, even if unconnected, and even if no federal officers or federal property, and string them together to create a charge of “civil unrest” that justifies action against a whole group, even if they were not involved in the actions cited.

Seattle appears to be on the list because for months Trump and Fox News built up the “Capitol Hill Autonomous Zone” as if it represented a complete anarchist takeover of the city, rather than a couple of blocks around a park where people were handing out free meals. In any case, Black Lives Matter protesters agreed to leave the Zone all the way back in June, and the Seattle police officially closed down the area on July 1. But these facts are unlikely to prevent Trump from declaring Seattle a dangerous den of extremists that has to be cancelled.

For New York City, Trump has … well … he has that they allowed the painting of “Black Lives Matter” on the street across from Trump Tower. And, by sifting crime statistics for values that have gone up to almost half the levels that existed when his buddy Rudy Giuliani was nominally in charge, Trump will likely claim that there’s rising crime.

It doesn’t really matter. What matters to Trump is that he gets the chance to rail against “Democrat run cities.” The fact that any move to cut off funds will immediately be fought in court doesn’t bother him—it’s just more publicity for his actions. It’s all part of the “war on antifa.” A war that, since it faces a fairy tale foe, can be waged over imaginary wrongs. And since this is entirely a play to his rural red audience, how much it hurts people who live in America’s cities doesn’t matter to Trump one bit.