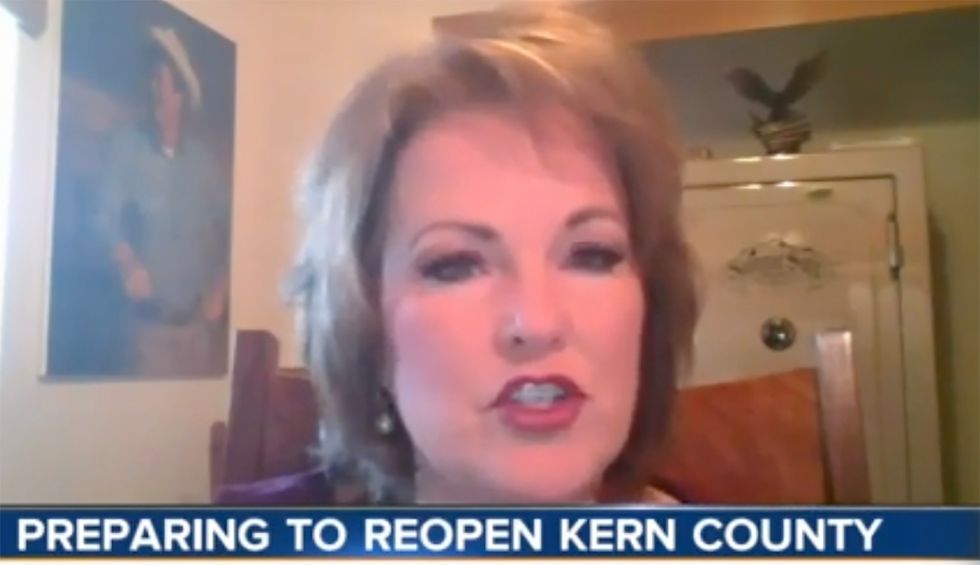 Shannon Grove, minority leader of the California State Senate, has been under quarantine — or at least she was supposed to be — after coming in close contact with a fellow Republican who tested positive for COVID-19: California State Sen. Brian Jones, who was diagnosed on August 26. But that didn’t prevent Grove from attending a crowded Christian music event and rally in Sacramento on Sunday, September 6 — and according to Washington Post reporter Tim Elfrink, she wasn’t wearing a protective face mask.

The event, billed as Let Us Worship, was supposed to allow up to 1000 attendees and enforce social distancing measures, but according to the California Highway Patrol, around 3000 people showed up. Videos of the event, Elfrink noted, “showed virtually no social distancing or masks in the crowd”— and California Gov. Gavin Newsom is warning that the concert could turn out to be a superspreader event.

“It does not help to have thousands and thousands of people not practicing physical distancing or social distancing not wearing masks,” Newsom warned.

Sean Feucht, the musician and Christian fundamentalist who organized the Let Us Worship event, has been highly critical of social distancing measures — and when he appeared on Fox News’ “Fox and Friends,” he claimed that city officials were discriminating against Christianity. What he didn’t tell Fox News is that he might have been responsible for a superspreader event.

@seanfeucht This is so disgusting and so, so irresponsible. Unbelievable disregard for your friends and neighbors.
— Eryn Pimentel (@Eryn Pimentel) 1599454718.0

Grove, according to Elfrink, “took the stage on Sunday and spoke at length to the crowd — while failing to wear a mask.” Elfrink also notes that California health officials are “urging anyone who attended the prayer event to self-quarantine and monitor for symptoms.”

According to Sacramento County Health Director Peter Beilenson, the Let Us Worship event violated the safety guidelines that California has had in response to the coronavirus pandemic. Beilenson, speaking to the Los Angeles Times, said of the event, “Everyone was piled up. That’s a problem. It’s not a matter of if there will be an outbreak from this, it’s how big.”