Are you panicking about the presidential race? Here's why it's time to chill out 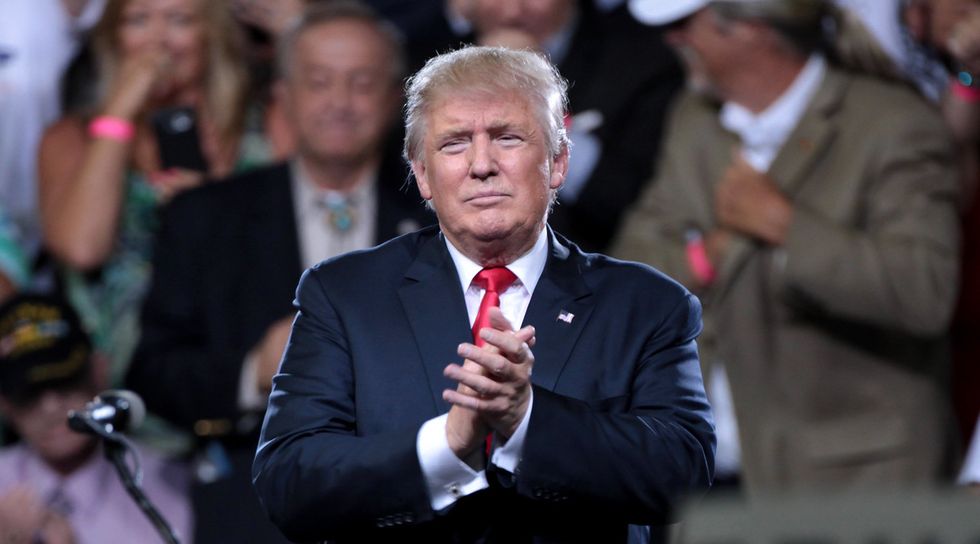 Once upon a time, some outlier poll came out saying that the presidential race had narrowed from a big Joe Biden lead to a slightly less big Joe Biden lead. It came after the Republican convention’s lie-fest, so people are particularly raw. And even though other polls showed no difference, and the polling aggregate hasn’t moved, why consider such matters when there’s a good panic to be had, right?

It’s bad enough that people are freaking out without any logical reason to do so, but it’s making everyone dispense advice to the Biden campaign about what they should really be doing to not lose, even though nothing suggests they’re losing. (Not in our reality, anyway. Can’t speak to Trump’s …)

One of my favorites is the demand that Biden head over to Kenosha, Wisconsin, and … do something. People think he’s Barack Obama, and not the guy who self-admits to being a “gaffe machine.” Really, the pandemic has allowed Biden and his campaign to lay low, mitigating his greatest weakness as a candidate. Why would people want him to burst out, and do so on the most fraught of issues, race?

That said, if the campaign thinks it’s a good move, then great! It’s just that people are demanding he do things based on their own wishes and desires as opposed to that one singular question that needs to drive Biden’s campaign: What will improve his chance of victory?

And the reality is this: Biden has the votes he needs. He just needs to not fuck it up. And while someone will bust out with the “prevent defense” analogy—an obnoxious and oftentimes disastrous strategy in American football to play conservatively in order to protect a late lead—this isn’t the Super Bowl we’re playing. This is an election, and here are the facts:

Biden is leading in all the polls

Just look at The Economist’s plot graph of the presidential polls:

The aggregate gives Biden a 9-point lead, and suggests what we ourselves are seeing in all our data at Civiqs—public opinion doesn’t change much. And this year? Who doesn’t have an opinion about Trump? You either love the guy or you’re counting down the seconds before you can vote against him.

That’s a stable race. And if Biden was winning before the conventions, he’s winning after them.

Of course, this isn’t a national election in the rational democratic sense, and we’ll talk more about that in a bit. But states don’t move independently of the national trends. We wouldn’t see Trump make (major) gains in Wisconsin while the national numbers stayed flat. A stable race is good news.

There’s another Democratic wave brewing this year, one that threatens to be even bigger than that of 2018. You may be thinking, “So what? I’m worried about Trump!” But here’s the thing: In our intensely polarized society, we are seeing fewer and fewer ticket splitters. There is strong correlation between the numbers we see at the level of the presidential race and the races down below. So if Biden is doing well in Montana and Alaska, it so happens that our Senate candidates in those states are also doing well.

So here’s where it gets interesting. Democrats have been releasing a spate of polling showing great numbers for candidates at the congressional and state legislative levels. And we’ve seen two things, uniformly: Biden is outperforming Hillary Clinton’s 2016 numbers in all of those districts; and Republicans, the rare times they do release polling numbers, do not include presidential numbers.

So here, let me show you some concrete examples.

This is a suburban Texas House district outside Dallas. Clinton winning it was a big deal in 2016 in what was once solid Republican territory. Biden leading it by 18 is … I don’t know how to even put it into words. I’m doing the “mind blown” pantomime.

Oklahoma’s 5th congressional district is an urban district, but Oklahoma City is a rare American city long dominated by Republicans, and it was a big deal when Rep. Kendra Horn won it in 2018. The incumbent she narrowly defeated had won in 2016 by a 57-37 margin. It’ll be a tough hold this year.

Now you see those presidential numbers, with Trump leading 48-47? Guess what it was in 2016.

This is fun, right? Let’s do one more.

End Citizen’s United polled Georgia’s 6th congressional district. This is the famous suburban Atlanta seat where Democrat Jon Ossoff made a splash in 2017, almost winning this ancestrally Republican seat. (Ossoff is now our Senate nominee in one of Georgia’s two Senate seats contested this year.) The seat was picked up by the amazing Lucy McBath in 2018 by just 1%. This new poll has McBath leading 50-47 in a rematch against that same 2018 opponent, which would be a veritable landslide in comparison. But they also had presidential numbers: Biden leading 52-45.

And those aren’t cherrypicked races. They are literally the first three I happened to find as I searched for examples. And I promise you, every down-ballot poll with presidential numbers looks like this.

So it’s one thing to wonder whether a handful of statewide polls are accurate, especially given the lingering pain from 2016. But the trend is unequivocal—wherever there are educated voters, the numbers are trending in the Democrats’ direction.

Biden is winning the battleground states

Biden is winning Arizona, Florida, Michigan, North Carolina, Pennsylvania, and Wisconsin. He’s tied or slightly ahead in other places like Georgia and Iowa, but that actually doesn’t matter for Electoral College purposes. There are enough states here for Biden to comfortably get across the line.

In fact, all Biden has to do is flip Michigan, Pennsylvania, and Wisconsin to win. And the polling composite margins in those states?

Those are some pretty deep holes Trump needs to climb out of, and in all three of these cases, Biden is well above 50%. And it’s hard to move upward when so many people, well … this:

This is Trump’s “approve” number in both the key and reach battleground states, ranked by approval rating:

Alaska and Montana aren’t typos—they’re legit competitive. Texas and South Carolina aren’t quite there yet, but they really want to be. There are a lot of states suddenly in play, or threatening to be in play, and they are all in Trump territory.

Republicans thought they would compete in Minnesota, Nevada, and New Mexico, but you don’t hear much about that anymore, and Trump’s approval ratings are a big reason why—40%, 42%, and 36% in those three states respectively.

Joe Biden has locked down his base

Biden emerged from the primaries with older Democrats and Black voters firmly in his camp, with weaknesses among Latinos and young voters. Now, while young voters are still his weakest age demographic, the trends are looking the way you want them to look:

His 63-24 approval rating among young Democrats is a dramatic turnaround from the 42-41 ratings he had around the New Hampshire primary.

Among Latino Democrats, Biden is now at 74-16—a nice improvement over the 62-25 he had during primary season. Among all Democrats, his 81-11 approval rating isn’t as gaudy good as Trump’s 89-8 among Republicans, but the trend is still upward. And, that means Biden has more upside still among the lowest-hanging fruit (liberals) than Trump has with his maxed-out base.

None of this means we take our feet off the pedal, of course. But really, is anyone going to do that anyway? We didn’t in 2018, despite all the great signs of impending victory. Heck, the sweet taste of big success is a motivator. So none of that silly “act like we’re 10 points down!” crap. That shit demotivates. No one likes to be losing. That’s why Republicans create an alternate reality where all news is fake and the polls are fake and all bad news is fake. Because if they looked at reality and saw how f’d they were, they’d call it a day and head home to do whatever it is conservatives do. (Apparently, that includes shrugging at hundreds of thousands of dead as acceptable, watching NBA and NASCAR events that they’re pretending to boycott, and becoming adept at the ways of the dark web, because where else are you going to get your Q news that the deep state and swamp and fake news are trying to hide from you? Oh yeah, I forgot: Facebook.)