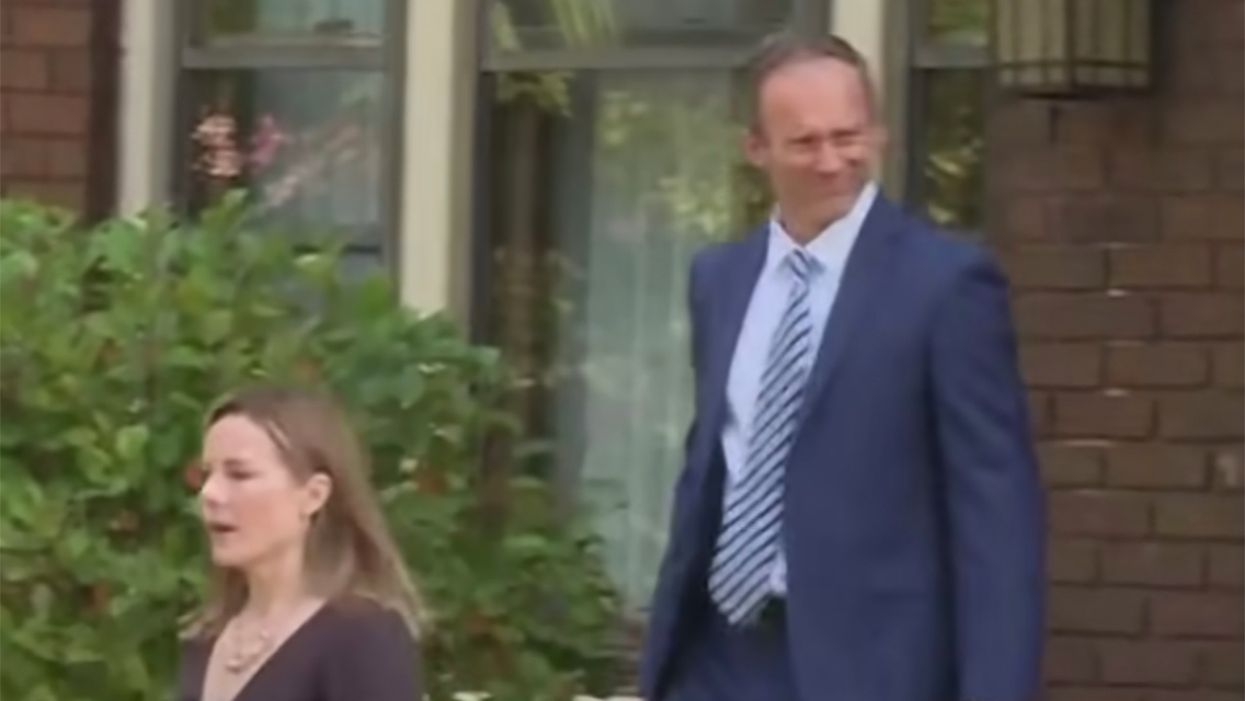 Now that President Donald Trump has nominated far-right Judge Amy Coney Barrett for the U.S. Supreme Court, her connection to the extremist quasi-Catholic cult People of Praise is once again coming under scrutiny. Trump's supporters are trying to paint criticism of Barrett as anti-Catholic, but in fact, People of Praise is controversial within Catholicism and isn't exclusively Catholic. And the Associated Press is reporting on some of its disturbing practices.

People of Praise does not practice traditional Catholicism, but rather, has been greatly influenced by far-right fundamentalists and Pentecostal evangelicals. While many of members have been Catholics, evangelical Protestants have been participants as well.

Associated Press reporters Michael Biesecker and Michelle R. Smith explain, "People of Praise is a religious community based in charismatic Catholicism, a movement that grew out of the influence of Pentecostalism — which emphasizes a personal relationship with Jesus and can include baptism in the Holy Spirit and speaking in tongues. The group organizes and meets outside the purview of a church and includes people from several Christian denominations, but its members are mostly Roman Catholic."

Former People of Praise member Coral Anika Theill, who joined the group in 1979 and is now 65, told the Associated Press that when she was a member, women were expected to live in "total submission" to their husbands. Theill told AP, "My husband at the time was very drawn to it because of the structure of the submission of women."

Theill has written about her experiences with People of Praise in her book, "Bonsheá: Making Light of the Dark." Biesecker and Smith note that in her book, Theill "recounts that in People of Praise, every consequential personal decision — whether to take a new job, buy a particular model car or choose where to live — went through the hierarchy of male leadership. Members of the group who worked outside the community had to turn over their paystubs to church leaders to confirm they were tithing correctly."

According to Theill, her husband accompanied her to gynecological appointments to make sure she was not obtaining birth control.

Adrian Reimers, another ex-member of People of Praise, wrote about the group in his 1997 book "Not Reliable Guides." According to Reimers — who now teaches at Notre Dame University — People of Praise believe that wives must "submit in all things" to their husbands.

Reimers wrote, "A married woman is expected always to reflect the fact that she is under her husband's authority. This goes beyond an acknowledgment that the husband is 'head of the home' or head of the family; he is, in fact, her personal pastoral head. Whatever she does requires at least his tacit approval. He is responsible for her formation and growth in the Christian life."

Biesecker and Smith report that another ex-member of People of Praise, 56-year-old Lisa Williams, has described her experiences with the group in a blog called Exorcism and Pound Cake. According to Williams, "I remember my mother saying a wife could never deny sex to her husband, because it was his right and her duty. Sex is not for pleasure. It's for as many babies as God chooses to give you.... Women had to be obedient. They had to be subservient."

Trump considered nominating Barrett, a federal appellate judge, for the U.S. Supreme Court after Justice Anthony Kennedy announced his resignation in 2018. The president ended up nominating Brett Kavanaugh instead, and he was confirmed to the High Court after a series of turbulent hearings in the Senate. But Trump's allies said he would keep Barrett in mind if any more seats on the Supreme Court became vacant while he was president. And a seat became available when Justice Ruth Bader Ginsburg died of cancer on Friday, September 18.

Senate confirmation hearings for Barrett are set to begin on October 12.