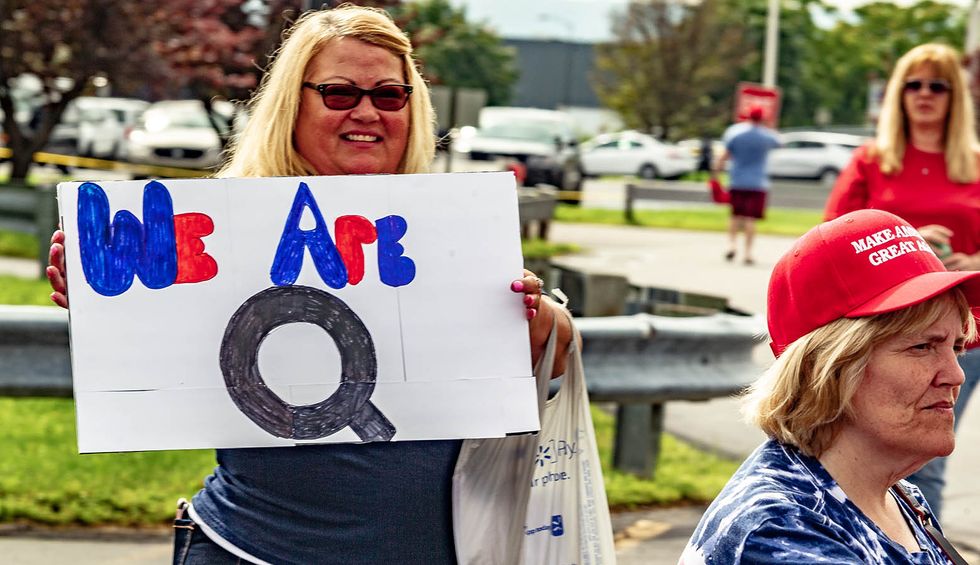 A wide variety of publications have been using phrases like “far-right conspiracy theory” and “conspiracy cult” to describe the QAnon movement. But BuzzFeed News reporters Drusilla Moorhouse and Emerson Malone argue that given the scope and nature of QAnon, even stronger language might be needed. And a phrase BuzzFeed has decided on is “collective delusion.”

“The editors at BuzzFeed News have become uneasy about using ‘conspiracy theory’ to describe QAnon, which has grown to encompass a whole alternative world of beliefs and signals,” Moorhouse and Malone explain. “The copy desk has to stay on top of language and note when terms become stale and reductive; QAnon has shifted, and so should how we write about it. QAnon is a collective delusion, and that’s what BuzzFeed News will be calling it from now on.”

QAnon, according to Moorhouse and Malone, has made so many inroads and is so unhinged that merely calling it a “conspiracy theory” fails to adequately convey the threat the movement poses.

“When QAnon started appearing several years ago, journalists fumbled to concisely explain it to mystified readers and usually settled on ‘far-right conspiracy theory,’” they note. “The shorthand largely stuck. But QAnon is much more complicated and convoluted — and dangerous — than other conspiracy theories. The QAnon belief system has inspired violence and crime across the United States, leading the FBI to label it a domestic terrorism threat in 2019.”

Moorhouse and Malone point out that “questions about QAnon have been asked in the White House press room” and that “a Q follower is poised to be voted into Congress later this year.” The reporter they are referring is to NBC News’ Shannon Pettypiece, who asked President Donald Trump some questions about QAnon during a press briefing — and the “Q follower” they are referring to is Marjorie Taylor Greene, who recently won a GOP congressional primary in Georgia and is almost certain to win the general election because her district is overwhelmingly Republican.

QAnon believes, among other things, that an international ring of pedophiles and Satanists has infiltrated the federal government of the U.S. and that Trump was elected president to combat them. The “Q” refers to an anonymous figure who is giving QAnon members updates on Trump’s battle.

“QAnon is not something to joke about,” Moorhouse and Malone warn. “The mere concept — a global Satan-worshipping cabal led by prominent Democrats, under the eye of Hillary Clinton, who are kidnapping, abusing and eating children and drinking their blood in order to live forever — is cartoonish on its face. But it’s not to be underestimated, and it can’t be treated simply as an online phenomenon. The real-world effects of QAnon have already been made clear: in 2018, a Q believer engaged in an armed standoff at the Hoover Dam.”

The reporters stress that while the phrase “collection delusion” is not an “ideal” way to describe QAnon, BuzzFeed is making a concerted effort to convey how dangerous it has become and the types of advances it is making.

“The term we’ve decided to use — a mass or collective delusion — is not ideal,” Moorhouse and Malone acknowledge. “A delusion could be interpreted as too sympathetic to Q believers, or as taking away their agency…. And, fair warning: you might still see ‘conspiracy theory’ in a BuzzFeed News headline about QAnon since headlines and tweets aren’t conducive to nuance.”