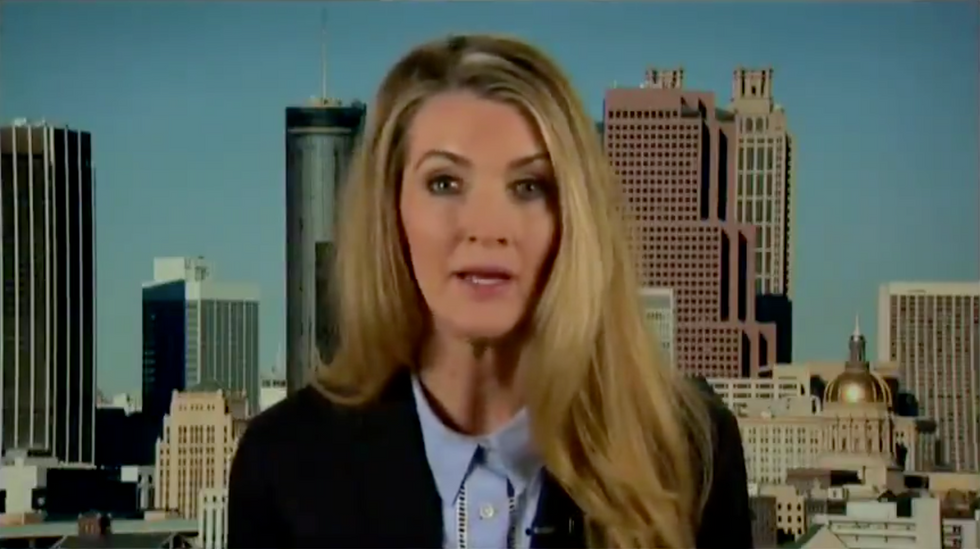 Monmouth’s newest poll of Georgia’s special election for U.S. Senate finds a very tight race to advance to the all-but-certain January runoff, a result that’s very similar to what several other firms have found in recent weeks.

Appointed Republican Sen. Kelly Loeffler takes first place in the all-party primary with 23%, while Republican Rep. Doug Collins has a narrow 22-21 edge over pastor Raphael Warnock, the favorite of national Democrats, for the crucial second place spot. Two other Democrats, businessman Matt Lieberman and former U.S. Attorney Ed Tarver, are at 11% and 4%, respectively, while Libertarian Brian Slowinski takes 3%. The sample also gives Donald Trump a 47-46 lead in the state.

While the poll finds that there’s still a very real chance that Democrats could get shut out of the runoff, it does show Team Blue in a better position to avoid this nightmare scenario than when Monmouth surveyed Georgia in late July. That poll showed Loeffler at 26%, while Collins held a 20-14 lead over Lieberman for second as Warnock was in fourth with just 9%. Warnock, though, began advertising weeks later, which may have helped him pull ahead of his intra-party rival.

However, if you were hoping that polls like this would entice Lieberman to exit the race and help his party avoid a lockout, think again. On Tuesday night, before this survey was released, Lieberman tweeted, “As to the concern that I could be a spoiler, the political math says otherwise.”

Lieberman went on to insist, “The only way I am a threat to him is if we are virtually tied, all four of us.” (He didn’t say who he means by “him,” but we assume it’s Warnock.) That’s also wrong, though, because with Tarver, there’s three Democrats competing with two Republicans. That means that Democratic voters are splitting their votes more ways, which gives Loeffler and Collins a better chance to secure the top-two spots.

Loeffler, though, is hoping to knock Collins out of contention by securing enough support from Georgia’s fabled Hunnic warlord demographic on Nov. 3. On Wednesday, days after she confused politicos everywhere with a commercial that dubbed her “more conservative than Attila the Hun,” the senator released a new spot titled “Attila Part II.” It’s not too different from the first ad, though the commercial managed to cast a guy to portray one of Attila’s soldiers who sounds almost exactly like Robert Downey Jr.