A Fauci staffer was just exposed as a coronavirus 'truther' writing for a right-wing site: report 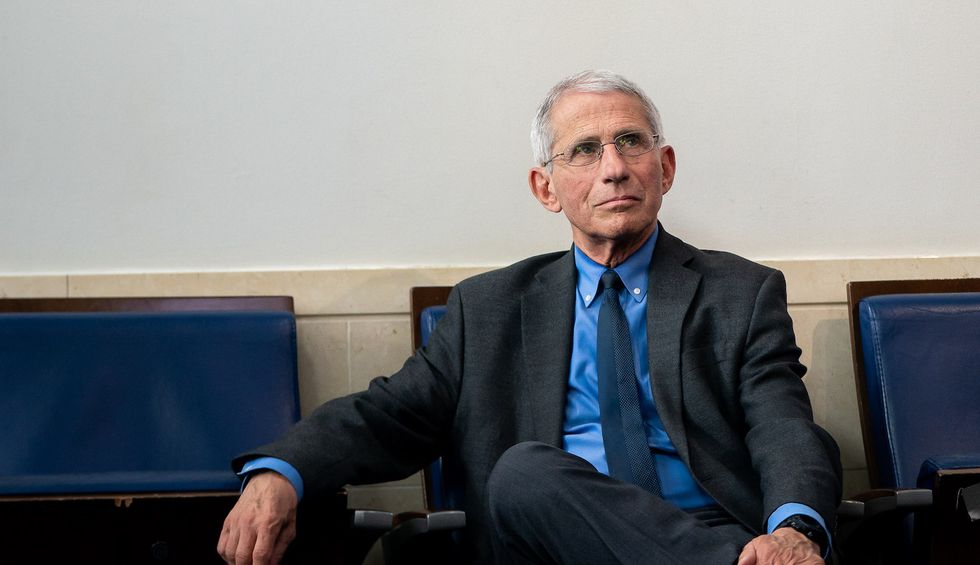 Despite the devastation the pandemic has inflicted domestically and across the globe, so-called “coronavirus truthers” continue to insist that the COVID-19 is exaggerated and isn’t nearly as severe as the media says. And according to the Daily Beast, a popular pseudonymous truther known as “streiff" is actually William Crews — a staffer for Dr. Anthony Fauci and a public relations official at the National Institute of Allergy and Infectious Diseases.

Crews, according to the Beast’s Lachlan Markey, has been promoting coronavirus conspiracy theories on the right-wing website Red State. In June, streiff wrote, “I think we’re at the point where it is safe to say that the entire Wuhan virus scare was nothing more or less than a massive fraud perpetrated upon the American people by ‘experts’ who were determined to fundamentally change the way the country lives and is organized and governed. If there were justice we’d send and (sic) few dozen of these fascists to the gallows and gibbet their tarred bodies in chains until they fall apart.”

Fauci is one of the leading immunologists in the world and has been a valuable source of information during the pandemic, but far-right conspiracy theorists have been claiming that he was added to the White House coronavirus task force to undermine the president. And Markey reports that streiff has slammed Fauci as an “attention-grubbing and media-whoring…. mask nazi.”

According to Markey, the Beast has confirmed that Crews is RedState’s “streiff” by checking public records, social media posts and internal records of the National Institutes of Health.

William B. Crews is, by day, a public affairs specialist for the National Institute of Allergy and Infectious Diseases. But for years, he has been writing for RedState under the pseudonym. And in that capacity, he has been contributing to the very same disinformation campaign that his superiors at the NIAID say is a major challenge to widespread efforts to control a pandemic that has claimed roughly 200,000 U.S. lives.

Markey also reports: “The Daily Beast could not definitively determine whether Crews was writing for RedState, or posting to his Twitter account, while on the clock at his government job. But the vast majority of his writing at the site this year has been published during the work week, often during normal business hours — raising questions about the ethical use of taxpayer resources.”